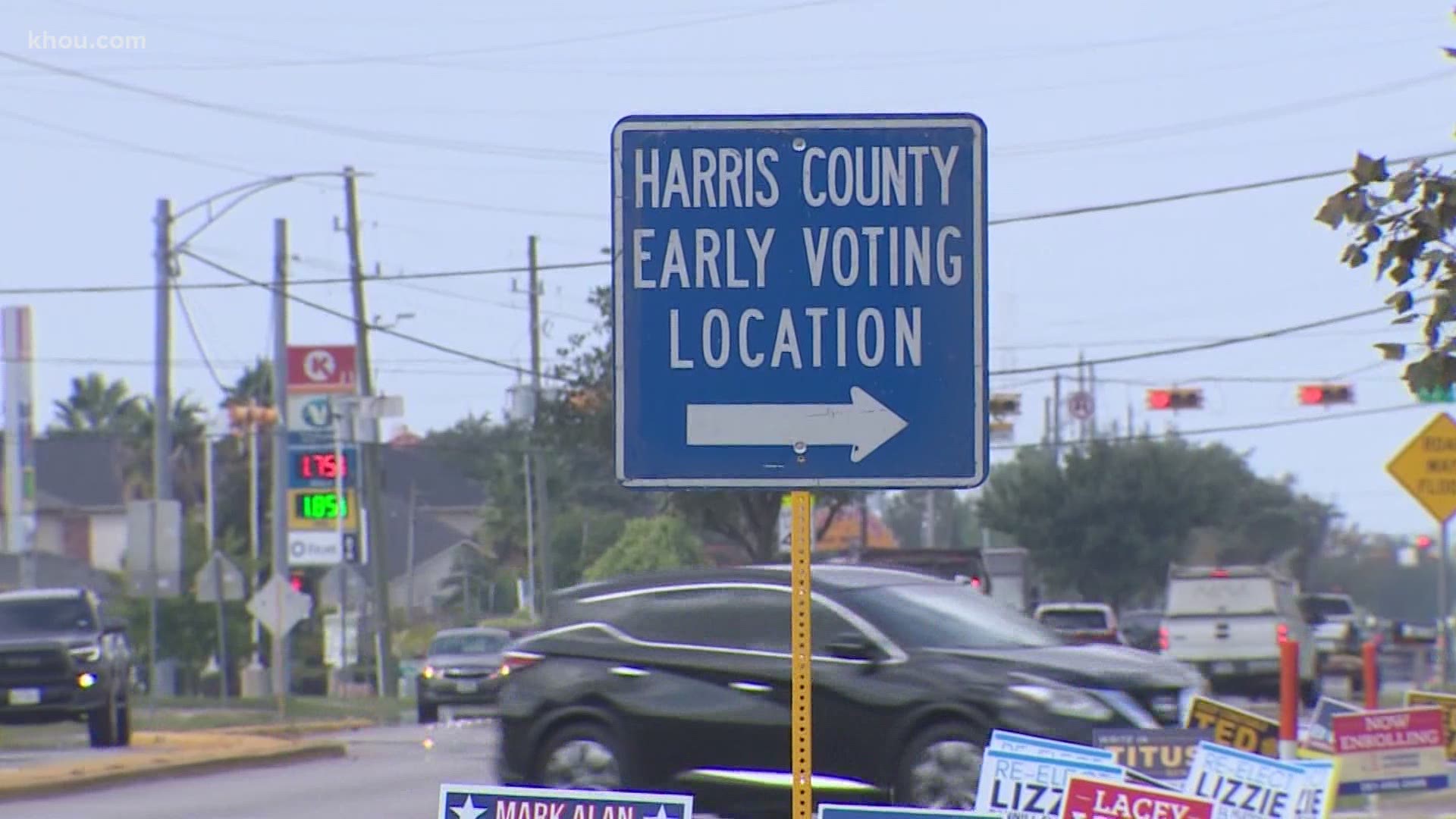 More than 80,000 people have voted in person today so far as of 5 p.m. Countywide, they’ve been averaging 9,000 voters per hour

Harris County Clerk Chris Hollins says so far, so good, and that they’re sending out equipment where needed to keep people moving.

Hollins said his office has been sending more iPads to high turnout sites to speed up voter check-in.

“Today we’ve rolled out those iPads that I mentioned to over 40 voting locations across the county,” Hollins said. “And so, roughly a third of them we’ve increased capacity. There’s been a lot of folks voting.”

Hollins says there are an average of 26 voting machines per polling site.

He says expected turnout and venue capacity decide how many machines they provide each site initially. But, Hollins says, they can always send out more.

“We certainly listen to those judges and clerks on the ground and try to meet their needs, but we’re also looking at turnout and wait times ourselves and seeing if there’s a need in some locations that haven’t requested it,” Hollins said.

Registered Harris County voters can vote at any of 122 early voting centers.