In Texas, 2 million voters registered this year and it's a new audience in an increasingly competitive state. 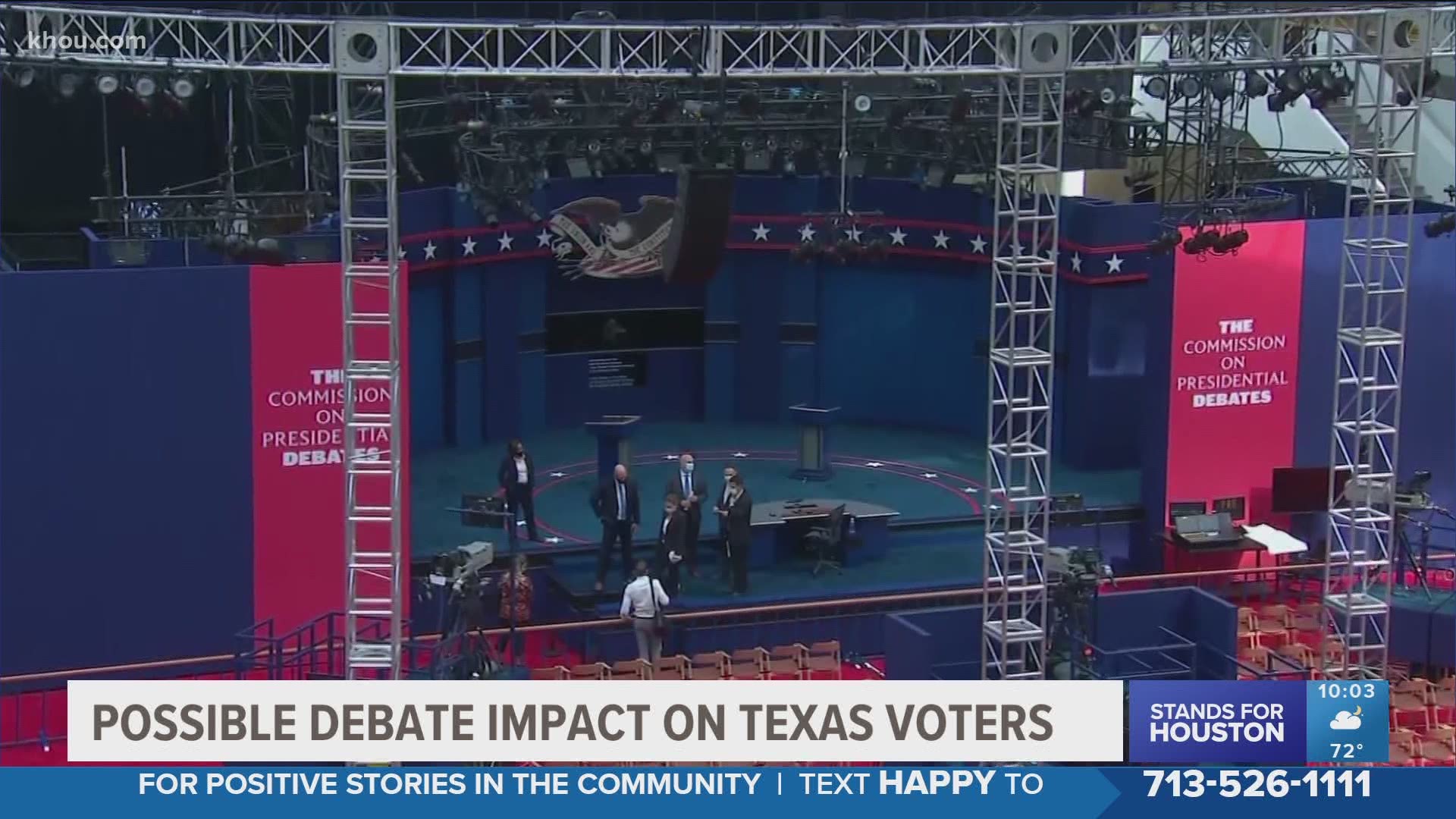 HOUSTON — As the candidates prepare for the first presidential debate, there will be 2 million new voters in Texas paying close attention.

“These debates are much more like football games, where you have Aggie fans on one side and UT fans on the other side," said Mark Jones, a political science professor at Rice University.

He said he doesn’t expect people’s opinions on President Donald Trump to change, but for former Vice President Joe Biden, he says there’s more room to be swayed.

“Can he successfully stay up there on the debate stage, going back and forth with Donald Trump, answer questions coherently, not appear befuddled, confused or asleep?" Jones said.

In Texas, 2 million voters registered this year. It's a new audience in an increasingly competitive state up for grabs.

“They have to speak to the issues of this new electorate which are things like police violence, climate change, campus sexual assault prevention,” said Charlie Bonner, Communications Director for Move Texas, a non-partisan group working state-wide to register voters. “Almost two-thirds of young people in battleground states haven’t heard from either campaign, so this debate and the reactions online are the first communication people are even seeing in this presidential election."

Bonner said debates typically don’t impact voter registration because we are so close to the Oct. 5 deadline, but they can energize voters and impact voter turnout.