Voters were warned of foreign interference on social media before Election Day, but now Facebook and Twitter are flagging posts from U.S. leaders. 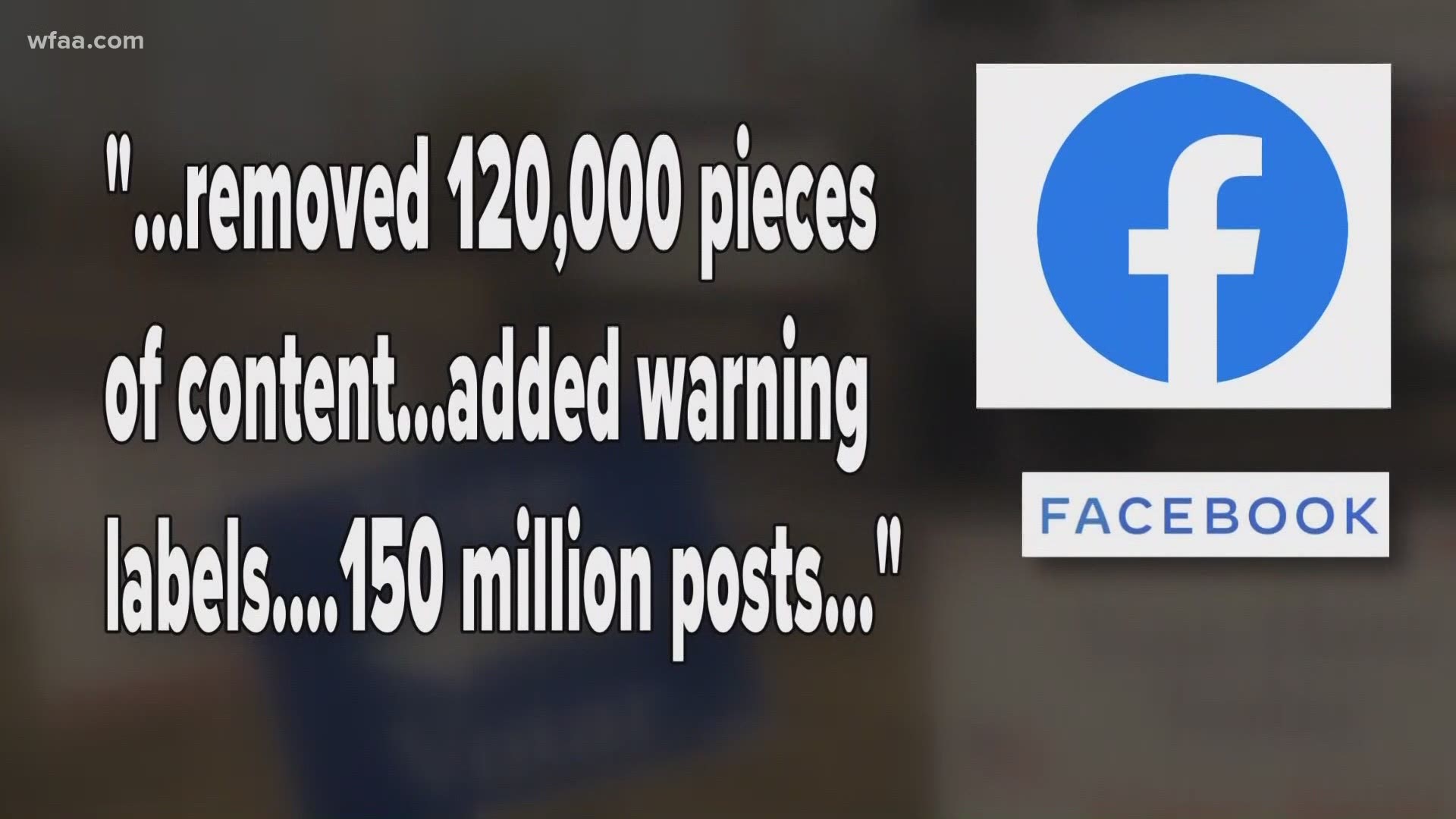 DALLAS — On Oct. 21, Director of National Intelligence John Ratcliffe, a former congressman from North Texas, announced the intelligence community was tracking attempts to interfere in the 2020 presidential election.

According to Ratcliffe, intelligence agents are charged with “empowering the American people to understand information, or perhaps more accurately disinformation, that they are seeing particularly on the internet.”

The election has ended but disinformation hasn’t.

Twitter and Facebook are labeling tweets and posts — not from foreign actors — but from President Donald Trump and Texas Sen. Ted Cruz as “disputed.”

The posts claim Trump has not lost the 2020 election and if he does it is only because of voter fraud.

No evidence of widespread voter fraud has been presented.

“But this election was really a giant experiment for them. It was the first time in heavy rotation where they’ve used these techniques of filtering, blocking, and labeling certain content," he said.

In the six months leading up to Election Day, Facebook said it removed 120,000 pieces of content and added warning labels to more than 150 million posts from both the right and the left.

There’s no data about what the company has done since the election ended.

Schroeder said because social media companies make money off people sharing posts, they are not financially incentivized to “be better citizens.”

“We used to read the same news or watch the same news and then disagree. But now we don’t even agree on the facts,” Schroeder said.

“We used to get the facts and then we’d disagree about what should be done. Now we don’t even get that far.”

RELATED: How Texas leaders are reacting to Biden and Harris being elected president, vice president