The city says it’s a candidate’s responsibility to remove all signs the day after the election. 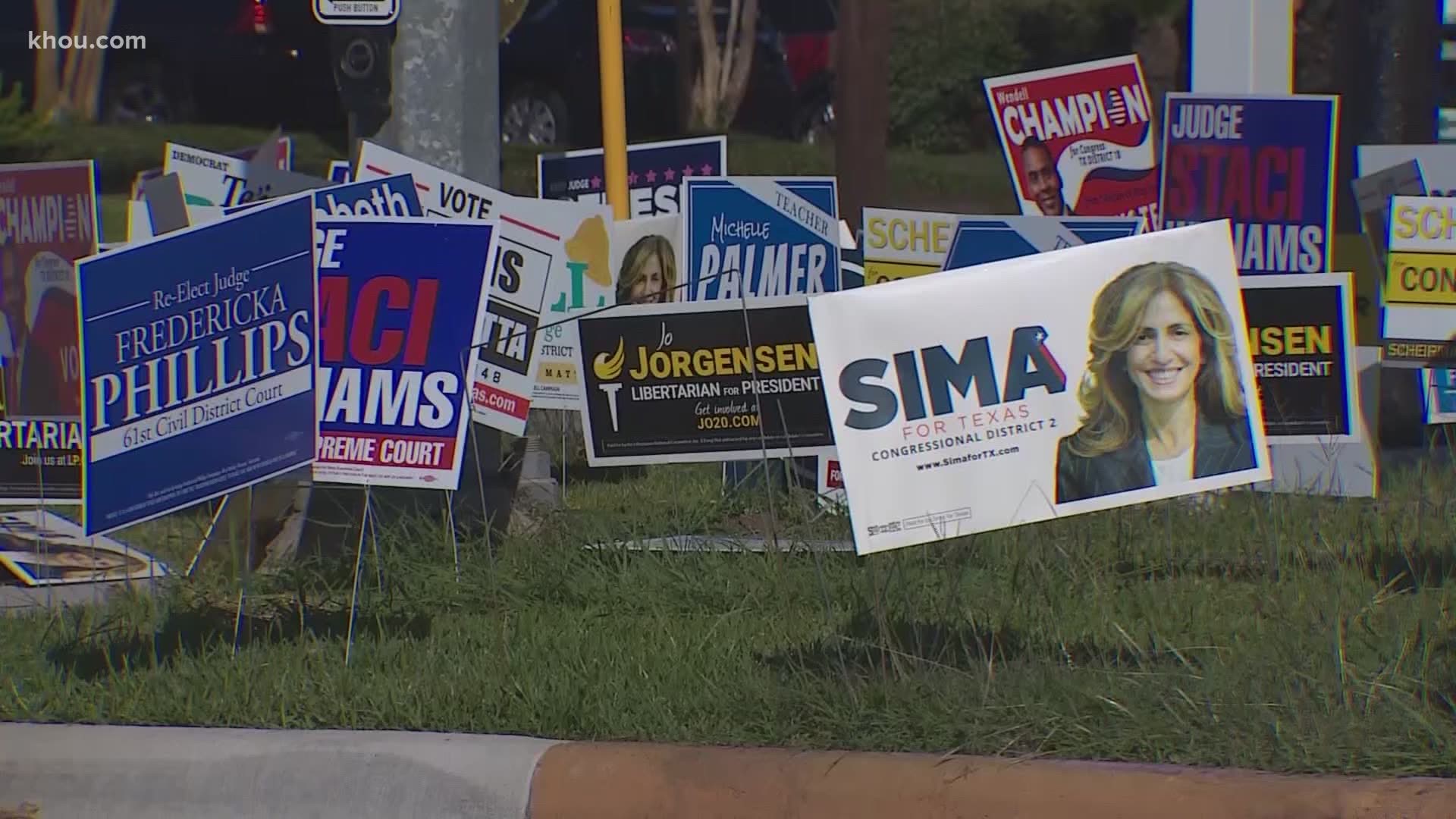 HOUSTON — It may be a bright spot post-Election Day: the end of political advertisement.

Campaign signs and TV ads have flood our lives both on and off the screen.

Reggie Harris, deputy assistant director for the Department of Neighborhoods for the City of Houston, said they can’t control signs that are placed on private property.

He said his department does enforce city ordinances on public right-of-ways.

“The city has allowed, graciously allowed, these candidates to place their signs directly in front of the polling locations the day of an election,” Harris said.

However, it won’t take long for them to come down.

Harris said it’s a candidate’s responsibility to remove all signs the day after the election.

“Then of course of the signs are not removed within a certain period of time then of course we will remove the signs,” Harris said.

When it comes to political TV ads, Brandon Rottinghaus, a political professor at the University of Houston, said, “TV ads can move the needle for politicians.

Those are off the air now.

Rottinghaus said it comes after millions were spent in Texas trying to sway voters.

“We know that it’s not only expensive but it also takes multiple versions of the same ad to be able to really penetrate somebody’s consciousness," he said.

Some experts say you should expect traditional TV ads to once again pop up next during the next election cycle.

Harris said if a candidate does fail to pick up their signs after Wednesday they could face a fine of up to $500 per sign for violating city ordinance.