BBVA Stadium to serve as voting center for 2020 presidential election

It's the latest popular venue to become a polling spot along with NRG Arena and Toyota Center. 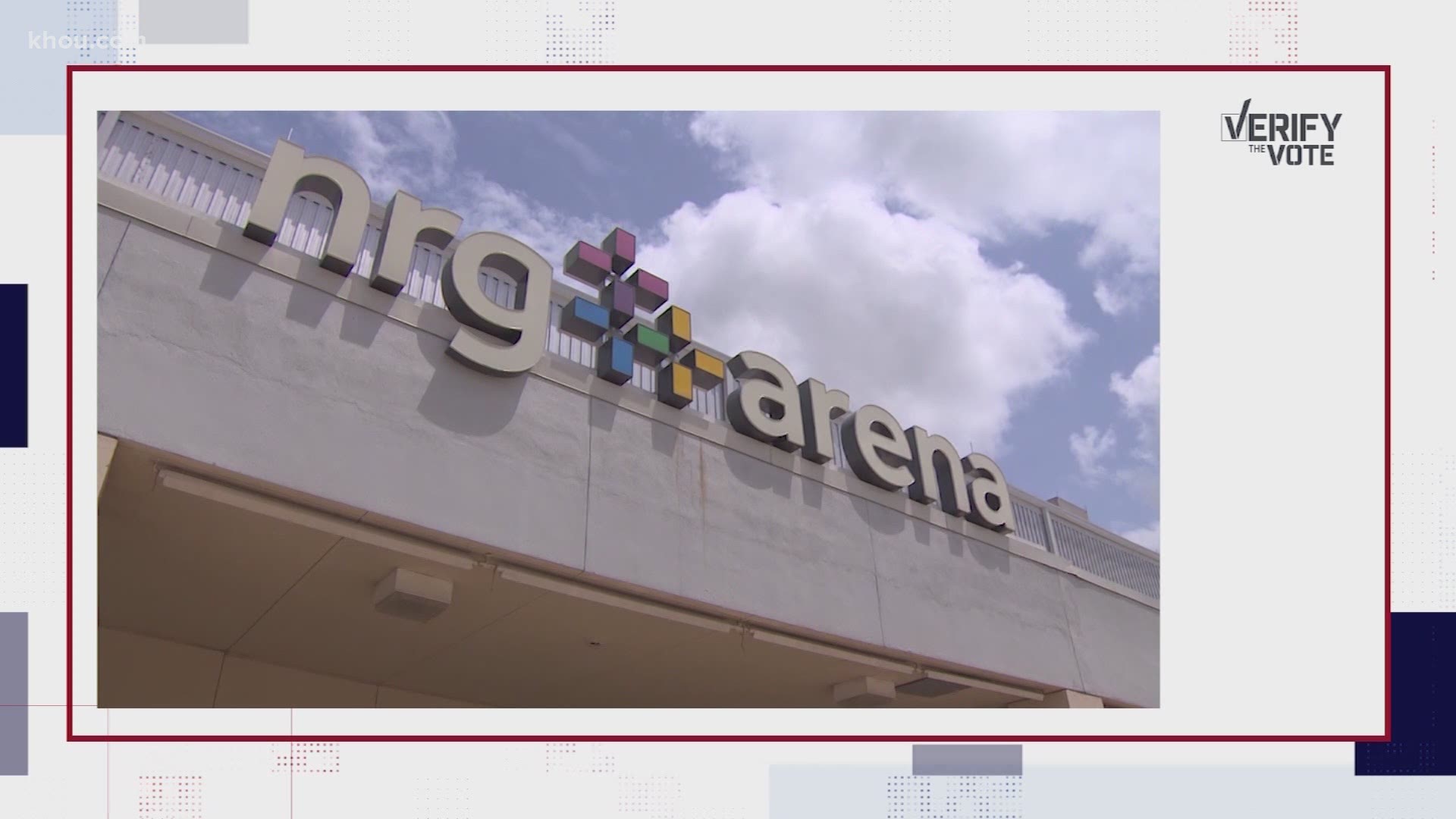 HOUSTON — BBVA Stadium is the latest major Houston venue chosen for an important role in the upcoming presidential election, according to officials Sunday.

The Harris County Clerk’s Office said the stadium, which is home to the Houston Dynamo and Houston Dash, will serve as a voting center.

BBVA Stadium will be open to any registered voter in Harris County on Election Day with hours of operation from 7 a.m. to 7 p.m.

Voting booths will be located at Audi Sport Club on the West side of the stadium, serving as the entrance of the vote center.

Editor's Note: Above video is about how Election Day will run at NRG Arena.

RELATED: 2020 Texas voter guide: Make sure your voice is heard!

RELATED: Mail-in voting in Texas for the 2020 election

“Voting is the most sacred act of our democracy and our actions to preserve, support and protect it, especially during a pandemic, are essentially to engage in the process,” Executive Vice President and General Manager Juan Rodriguez said. “By working with our local election officials in Harris County, we’re honored that we can open up BBVA Stadium to create a safe place for our neighbors, friends and family members to cast a ballot and share in the future of our community.”

Harris County voters also have the option to cast their ballot at NRG Arena and the Toyota Center this election.

The clerk's office and health professionals are turning to large-scale venues this election in order to create safe environments — ones that can accommodate social distancing for large groups and even drive-thru voting — for voters amid the coronavirus pandemic.