2020 voting in Texas: What to bring, where to vote and what's on the ballot

It's a big election year. Texas is part of Super Tuesday, and there's a lot on the line. 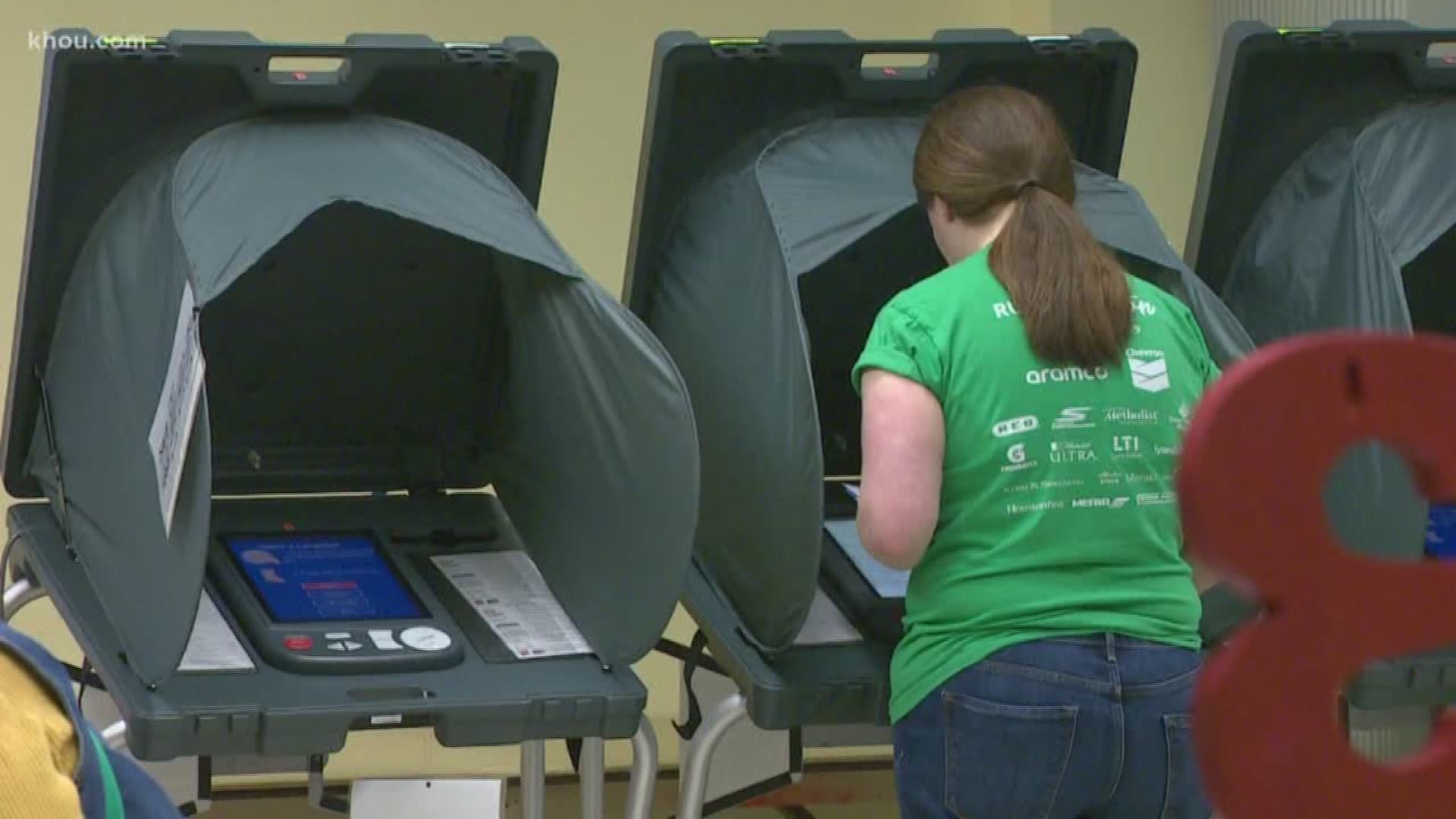 HOUSTON — 2020 is a major election year and we want to make sure your voice is heard. The race for president highlights the ballot, which has several national, state and local races.  In the primaries, the parties will nominate the candidates who will go head-to-head in November.

Election Day is March 3 and here's what you need to know.

Am I registered to vote?

You must be registered in order to vote in Texas. You can check online to see if you are currently registered to vote.

What do I to need to vote?

When you head to the polls, you need one of the following to cast your vote.

Don’t have one of those?  Here are supporting forms of ID.

Get alerts: Download the KHOU news app to get alerts for different results on Election night.

In the primary, each party will choose its candidate for U.S. president, U.S. Senate, congressional offices, legislative offices, the State Board of Education, the Railroad Commission and judicial seats. All Texans will have the opportunity to vote for candidates in statewide races, but other contests will depend on where you live.

Check sample ballots for the counties around Houston and southeast Texas.

Where do I vote?

These are the voting locations around Houston and southeast Texas.

To Find out if you're registered and to find your polling location, the Texas Secretary of State has created a form to look that up.

Can I vote by mail during early voting?

You can, but you have to meet any one of the below criteria, according to the Texas Secretary of State's office.

You can get an application to vote by mail here:

You can find out more about voting early by mail here.

On February 18, the Democratic candidates for Texas Senate faced off in a debate on KVUE, KHOU's sister station.  You can watch that debate below..

There are 12 Democrats running during the primary for the U.S. Senate seat currently held by John Cornyn.

RELATED: Meet the Texas Democrats running for US Senate