11Alive confirmed that two of the four Georgia voters the president accused of fraudulently voting “dead” are alive. 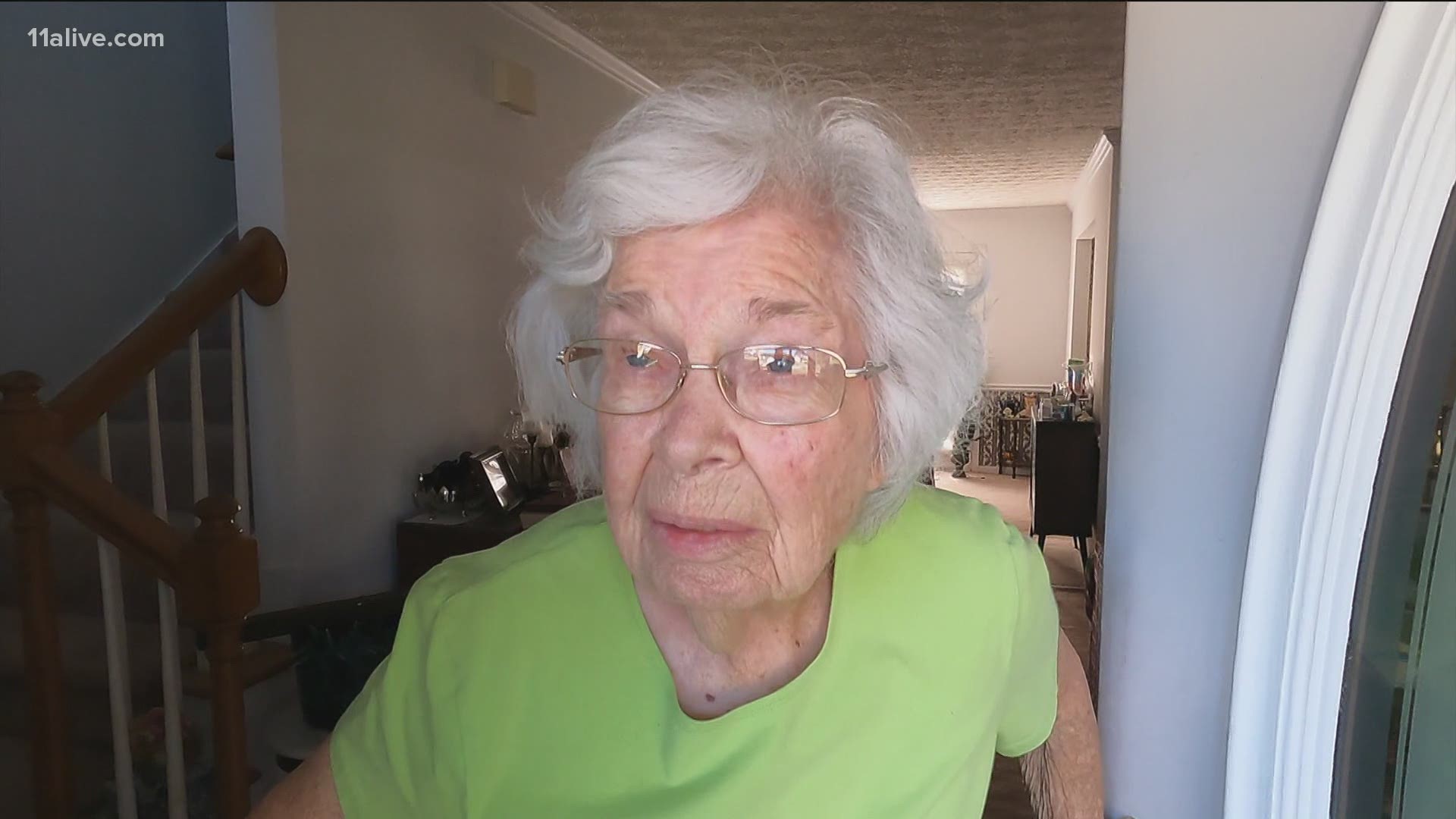 Tucker Carlson apologized on his Fox News show Friday night in response to 11Alive's Reveal investigative team confirming two 'dead' voters featured on the show are actually alive. The allegation of the dead voting in Georgia's presidential election originated with the Trump campaign.

“The only problem? He passed away 14 years ago. Sadly, Mr. Blalock is a victim of voter fraud,” the tweet reads.

The accusations were amplified on national television.

“Mr. Blalock was a mailman for 33 years until he passed away in 2006. Fourteen years later, according to state records, he was still mailing things. James Blalock cast a ballot in last week’s election,” Tucker Carlson said in a clip and story labeled on Fox News' website as an opinion piece.

11Alive's chief investigator was able to find out that James Blalock did not vote in last week’s election. It was his widow, Mrs. James Blalock, who voted with her own ballot.

“Her voter registration was signed as Mrs. James E. Blalock, Jr. and that is exactly how she signed her name when she voted in the Nov. 3 general election,” officials said.

They posted a statement online saying James Blalock's widow has always voted under that name.

RELATED: VERIFY: No, ballots in the trash in viral video were not fraud

Blalock did not vote with her husband's name or ballot, but her own absentee ballot in her registered name of Mrs. James E. Blalock.

The widow was genuinely upset that her husband's name had been disparaged as part of a debunked voter fraud conspiracy originating with the nation's current commander in chief.

She wanted people to know he was a good husband who served his country.

“Best man I ever knew. Best one to me. I couldn’t have had a better one,” she said. To her recollection, Blalock first voted for President Franklin Delano Roosevelt.

Tucker Carlson apologized on his show Friday night, using a screen-shot of 11Alive's interview with Blalock debunking the claim that her vote was fraudulent.

"One of the people who voted in last week's election isn't dead," Carlson said. "James Blalock is still dead, we told you about him, but it was his wife who voted. She voted as Mrs. James Blalock. It's old-fashioned and we missed it."

"So apologies for that, and of course we're always going to correct when we're wrong. And we were," the opinion-show host said.

Carlson doubled-down on claims of voter fraud, but did not address another person he and the Trump campaign accused of voting 'dead' in Georgia. Her name is Linda Kesler.

"Mrs. Linda Kesler of Nicholson, Georgia voted in the election," a tweet from Trump campaign said. "The only problem," she passed away 17 years ago, in 2003."

11Alive was able to determine that is also false. The Jackson County Board of Elections said she did not vote.

“Linda Kesler of Nicholson was marked deceased in 2003 and did not vote. Lynda Kesler who has a different address, birthday, and zip who is entitled to vote—did vote,” the board of elections said.

The Secretary of State’s office is also investigating two other alleged dead Georgians who voted, but the office confirmed half of those named by the campaign voted legally.