Cornell Law School’s legal dictionary defines attorney-client privilege as “legal privilege that works to keep confidential communications between an attorney and his or her client secret.” 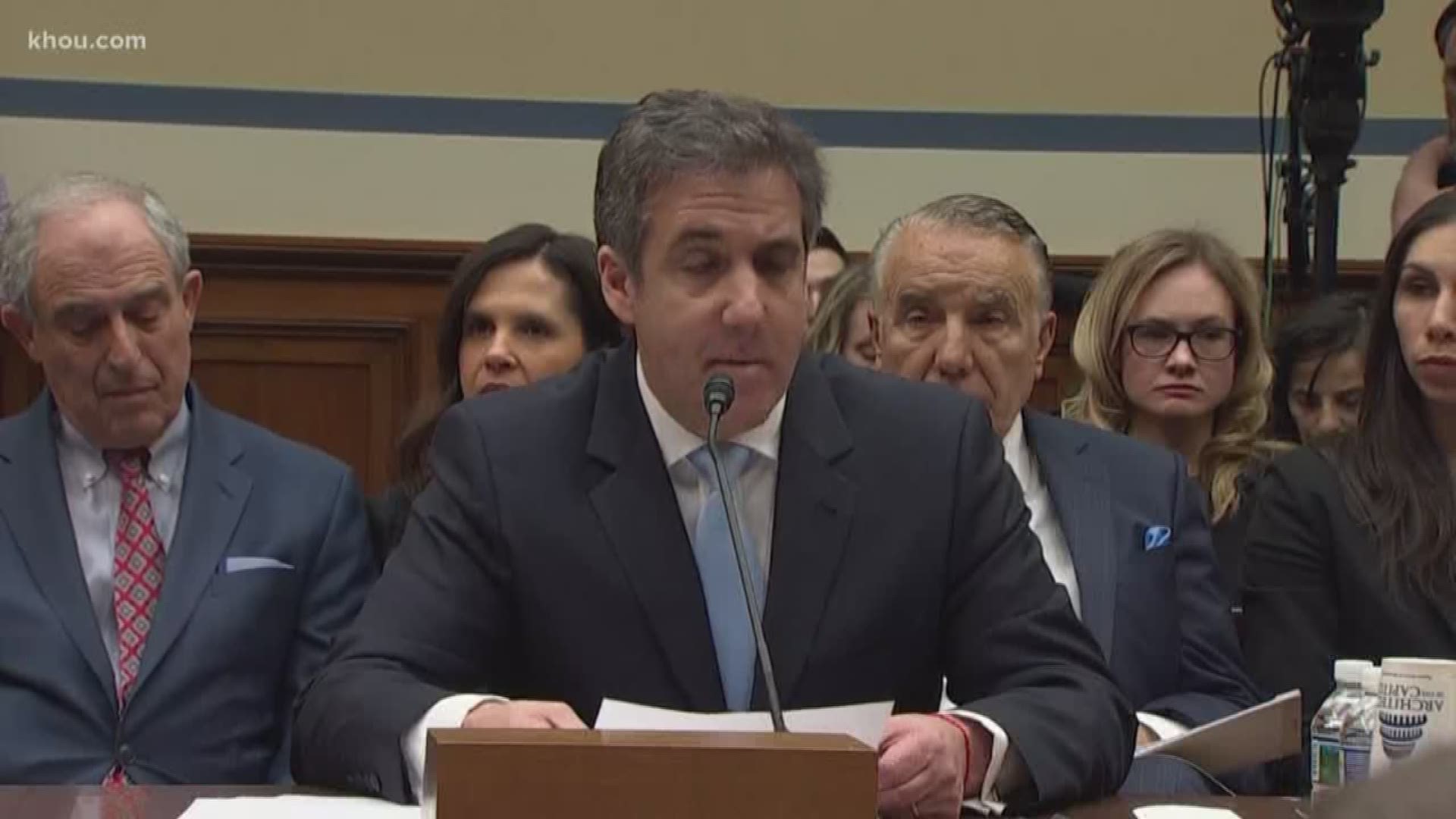 HOUSTON — As Michael Cohen testified to Congress Wednesday on lying about his dealings with President Donald Trump while he was on the campaign trail, some viewers wondered whether the president’s former personal attorney was breaking attorney-client privilege.

Cornell Law School’s legal dictionary defines attorney-client privilege as “legal privilege that works to keep confidential communications between an attorney and his or her client secret.”

KHOU legal analyst Gerald Treece said just about anything said between lawyers and their clients is covered.

Treece said while lawyers cannot be charged with a crime for breaking the attorney-client privilege, they can lose their license to practice law. However, a New York court disbarred Cohen on Tuesday, so that fear is off the table. President Trump could also sue Cohen.

However, Treece said there are a couple of exceptions to attorney-client privilege: the client, in this case, President Trump, could waive the right. There's also the "crime fraud exception" which means any communication between a lawyer and client that furthers or covers up a crime or fraud is not covered.

“For instance, an attorney cannot put you on the stand when the attorney knows that you’re going to commit perjury,” said Dr. David Branham, Associate Professor and Chair of Social Sciences at the University of Houston-Downtown. “That would be a crime on the attorney’s part. So attorney-client privilege only goes so far.”

However, Treece said Congress can use Cohen’s information in future investigations, even impeachment proceedings.