Sign thefts have become so rampant in recent weeks, one property owners association sent out a notice stating: "This is a friendly reminder to please be tolerant, respectful and courteous during this election season." 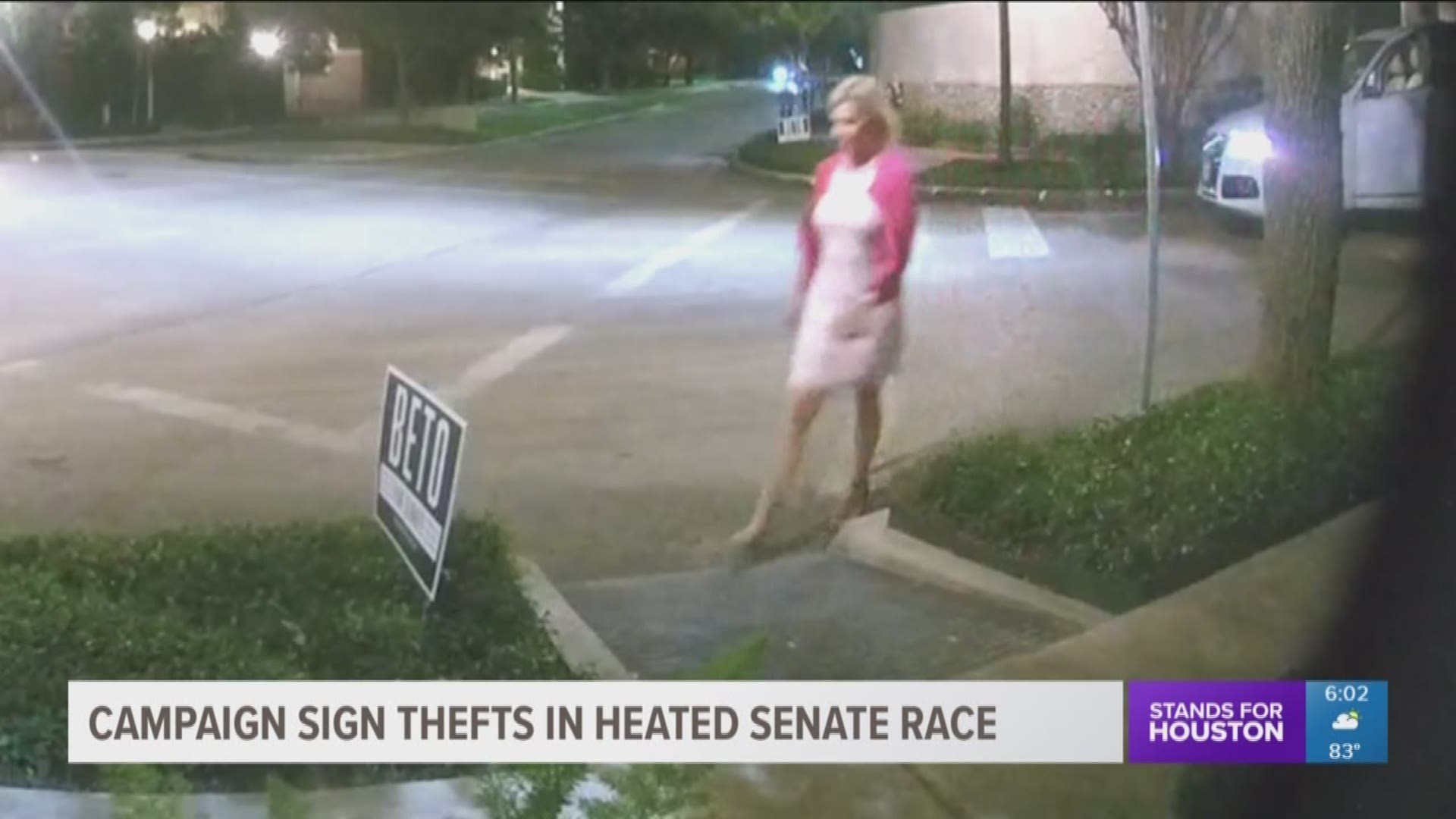 Many describe this election season as one of the most hostile and politically charged.

It’s no surprise to some residents that campaign signs are being stolen “left and right.”

Some people are shrugging it off as simply a “sign of the times.” Others that KHOU spoke with are feeling a lot more frustrated by the thefts.

It shows a woman crossing the street to yank a “Beto for Senate” sign out of the ground. She then walks back to her car and takes off with the sign.

“And I posted it online and I got a lot of comments back,” says the homeowner, who did not want to be identified.

The homeowner lives in the Glendower Court section of River Oaks and says the video was captured on Friday night, at around 9:30 p.m.

“The next morning, I noticed that the sign was missing and I went back and reviewed my tape, and I clearly caught her stealing the sign,” he tells KHOU.

The campaign sign was on city-owned property, placed between the sidewalk and curb. According to the Public Works Department, it is illegal to place signs there, in the first place.

A spokeswoman says if you don’t like the signs, you should call 311. Don’t just remove them, yourself.

The homeowner we spoke with says his surveillance cameras also caught a different alleged thief Monday evening. The video shows a man walking his dog, then spending a few moments removing the “Beto” sign.

In this incident, the sign is on private property. The homeowner tells us that he has filed a report with the Constable, but that he’s not taking the theft personally. That’s because he has also seen signs in support of Ted Cruz snatched from his neighbors’ homes.

He feels disappointed about what’s happening.

“I don’t care who you want to vote for, you should be able to put any sign you want out without fear of people entering your property and destroying them, or taking them," the homeowner said.

Sign thefts have become so rampant in recent weeks, the Glendower Court Property Owners Association sent out a notice stating: “This is a friendly reminder to please be tolerant, respectful and courteous during this election season.”

It calls any removal of signs “unneighborly and illegal.”

Montrose resident Joe Anderson doesn’t like to have any signs near his home, but his neighbors do.

“I’m not going to rip them out," Anderson said. "It’s free speech.”

Residents of Avalon, a nearby subdivision, also report having a similar problem with their signs.