State senators and congressmen are unlearning the handshake and finding other ways to 'press the flesh' under the Gold Dome this session. 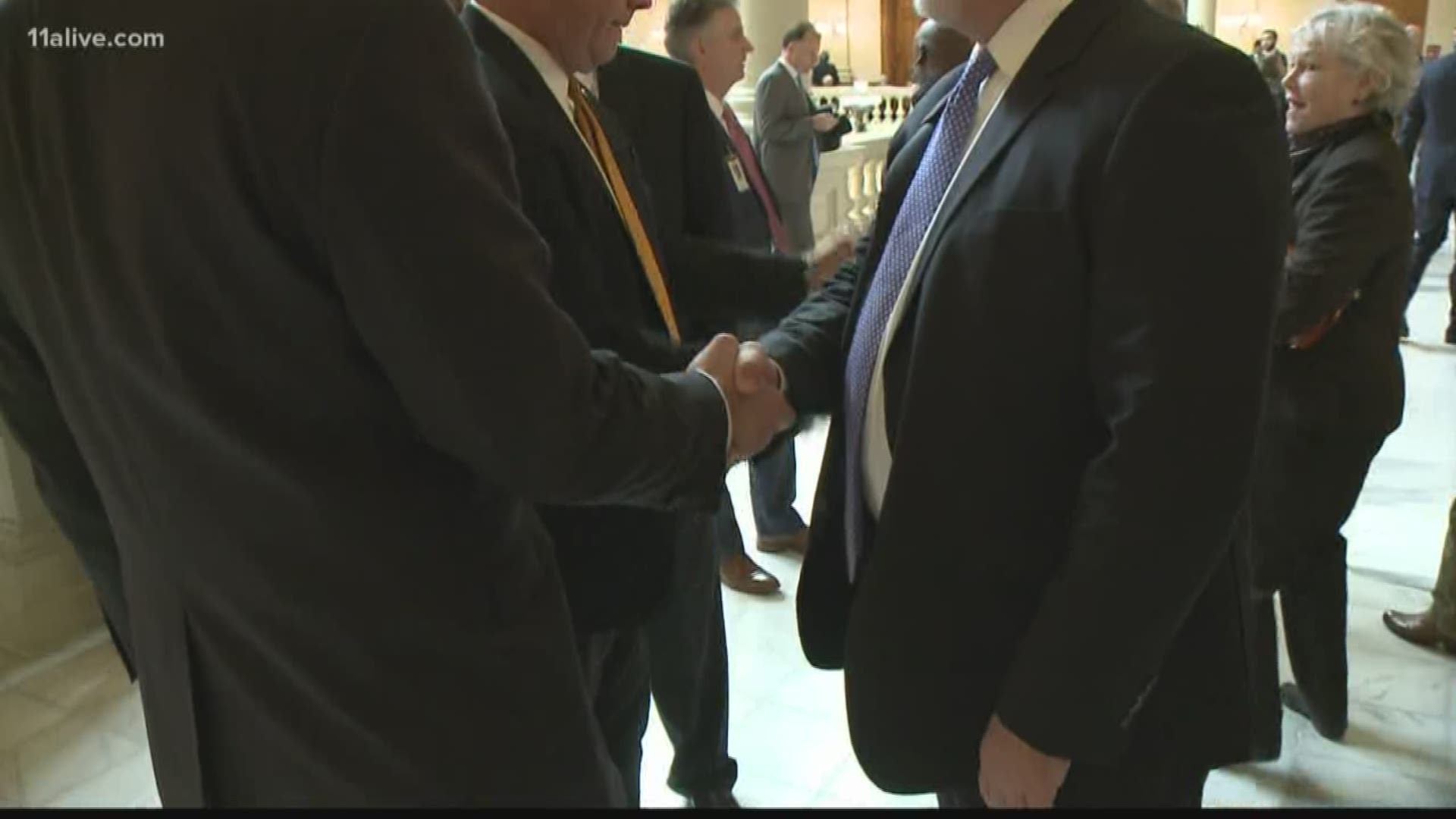 ATLANTA — The coronavirus outbreak has changed some habits at the Georgia State Capitol – where lawmakers just passed the midway mark in their legislative session.

Day after day, the Capitol is one of the most crowded buildings in downtown Atlanta.

With nearly every photo she took with lawmakers at the State Capitol, it seemed Victoria Hill also had a hand to shake.  As the reigning Miss Georgia, she has grown accustomed to touching the hands of her admirers.

"School assemblies, high fives, shaking people's hands, and now being here at the Capitol. There’s a lot of ranges of people's hands that I’ve shaken," said the Canton woman, who is also an opera singer.

It’s long been part of the legislative language -- the wave, the handshake, the hug, the assertively-placed hand-on-shoulder -- mixing emphasis with affection.

It just so happens, the state legislature ordinarily meets during the height of the regular flu season -- between January and April.

Staying a step ahead of raging sickness is just part of the background. And even more so this year.

RELATED: Georgia senators confident in 'best and brightest' at CDC working on coronavirus

"I do a lot of fist-bumping and forearm bumping. I do that anyway," said state Rep. Jeff Jones (R-Brunswick). "Just a matter of good (hygiene), I think."

Jones and McClain are among the lawmakers who say they’ve equipped their desks with hand sanitizer. That's in addition to the economy-sized bottle in the House anteroom, where lawmakers can gather privately.

The Centers for Disease Control and Prevention publishes actual guidelines for handwashing.

They say: Wet them, lather them, lather the backs of the hands, between fingers, and under the fingernails for a full 20 seconds -- coincidentally, the length of the "Happy Birthday" song.

For using hand sanitizer, the guidelines say: Rub all surfaces of the hands until they feel dry -- including the fingernails -- for at least 20 seconds.

"I’m doing a lot of fist-bumping today," said state Rep. Calvin Smyre (D-Columbus), who has been in the legislature 45 years. Yet, Smyre says he has adapted to the new legislative body language.

It’s about simultaneously sidestepping the sickness – while safely embracing a potential political ally.

State lawmakers say they are mindful every year of the potential to spread disease – but even more so this year, with coronavirus advancing into Georgia.

Coronavirus symptoms | What to look for?

What to do if you think you have coronavirus