Governor Abbott, Congressman Henry Cuellar and Sen. Joe Manchin have different takes on the best way to navigate the situation at the border. 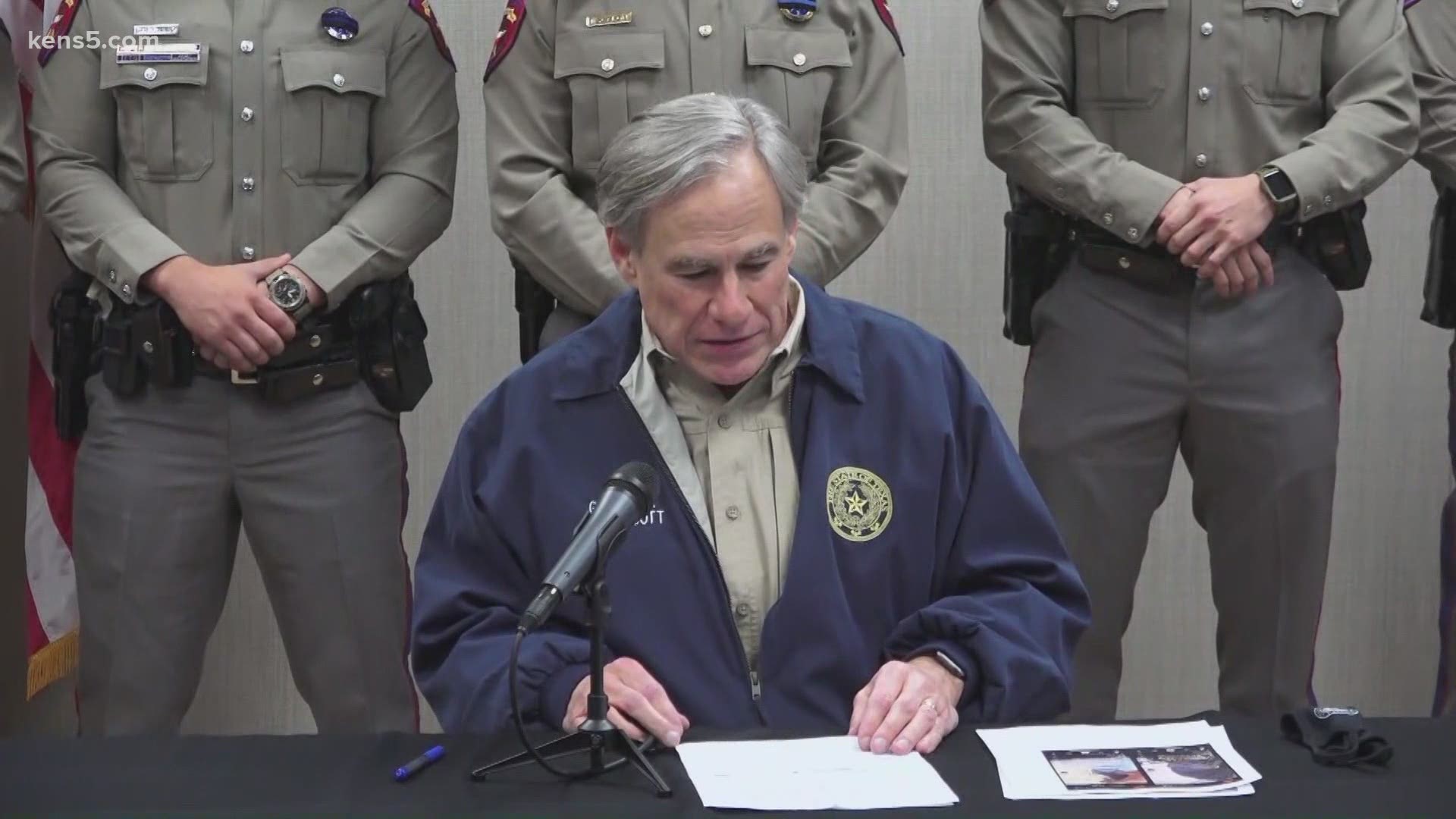 SAN ANTONIO — Governor Greg Abbott and Democratic lawmakers are continuing to share their thoughts on what it will take to alleviate the surge of migrants at the Texas-Mexico border.

On Thursday in Weslaco, Abbott shared an update on what law enforcement is facing on the border. He was joined by Texas Department of Public Safety Director Colonel Steve McCraw, Adjutant General of Texas Tracy Norris, members of the National Border Patrol Council (NBPC) and DPS troopers.

The governor blamed the Biden administration for the surge at the border.

“The Biden’s open border policies have created an open season for human traffickers, for drug smugglers, for cartels and gangs. These criminals are preying on women and children exposing them to abuse and to terror,” Abbott said. “This problem is not going to be fixed until the Biden administration does its job to secure our border.”

He said Texas law enforcement has been forced to fill in the gap through "Operation Lone Star," an initiative launched on March 4 to fight against illegal activity and smugglers. The governor's office says the operation integrates DPS with the Texas National Guard and deploys air, ground, marine and tactical border security assets to areas where cartels and other smugglers are known to operate.

He said there have been 598 criminal arrests and more than 16,000 referrals of illegal immigrants to Border Patrol. He also says criminals are even now utilizing TikTok as a tool. As he showed two pictures from the app at the press conference, the governor said it is rare for criminals to openly advertise their operations in this manner.

“These are ads or videos and things that are being run by cartels on TikTok trying to recruit people in Texas to assist them to commit the crime with the promise of money, as well as other things,” Abbott said.

“As they say, pictures are worth a thousand words. Let me tell you, being in presence, being here is worth a million words for me to see exactly what is happening and what we can do to hopefully relieve this,” Manchin said.

Manchin and Cuellar say they don't blame the Biden administration or the Trump administration for the border crisis. Rather, they took a middle ground approach. They say providing economic opportunities and healthcare assistance for people in their own countries can help towards a solution.

“Most of the people that are going to be here, we’re giving them false hope. Because if they go in front of a judge, 88% of them are going to be rejected," Cuellar said. "So why can’t we not work with these countries and set up safe havens? And why can’t we use the UN?”