The winter storm is expected to be a hot item of debate throughout this race. 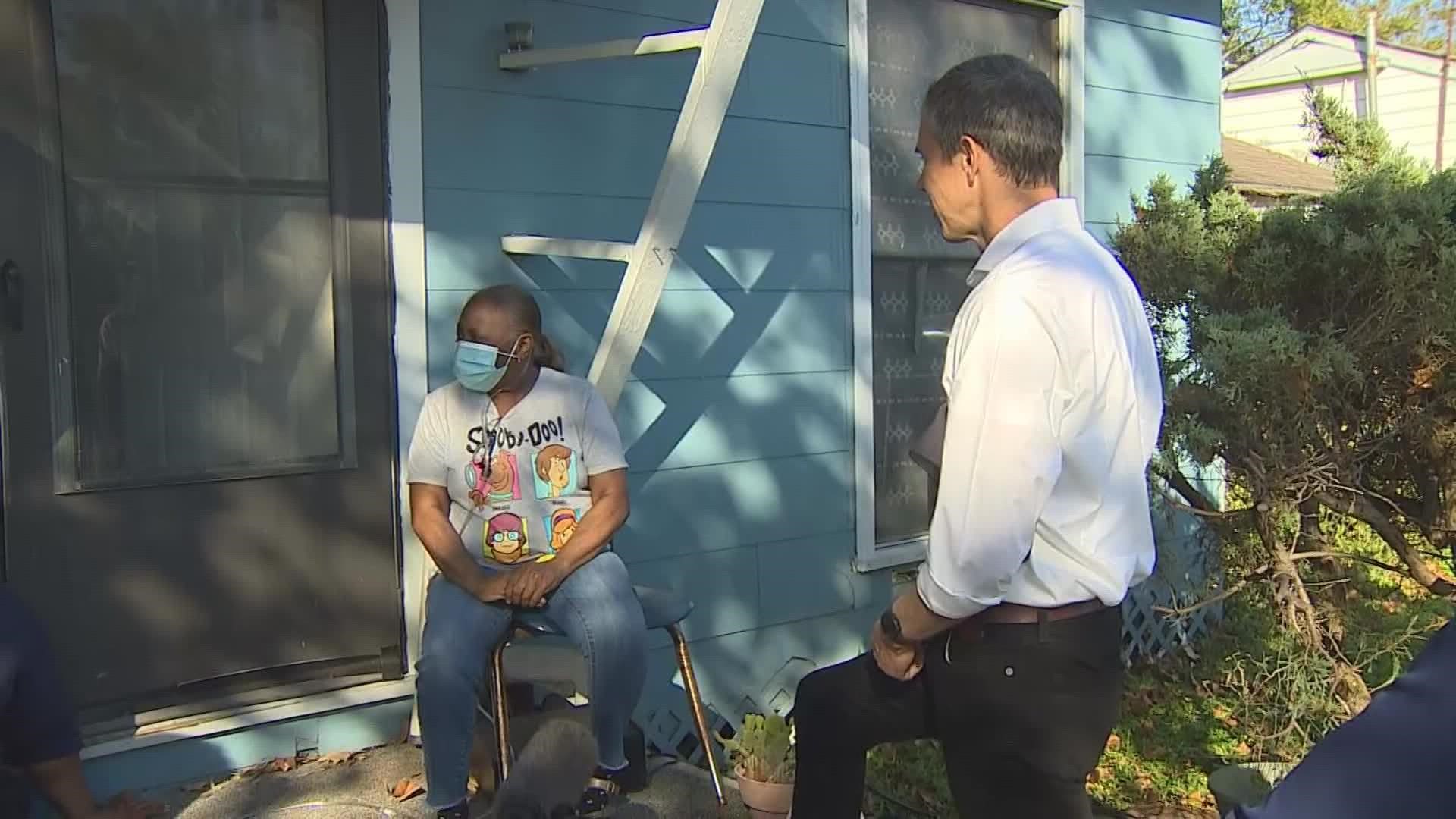 HOUSTON — Democratic candidate for Texas governor Beto O’Rourke traveled across the state this week to launch his campaign. On Friday, he’s here in Houston.

The first item on his agenda is to tour the homes of two victims from the winter storm.

That winter storm will be a hot item of debate throughout this race.

RELATED: Winter Storm 2021: A hot issue in the race for Texas Governor

In a recent report by the Federal Energy Regulatory Commission, investigators warn Texas needs to step it up and protect power generating equipment from the cold and ice to ensure the state doesn't see another repeat of the February freeze.

The 300-plus page report specifically highlighted the fact Texas has had four of these "extreme cold" incidents in just the past decade.

KHOU energy expert Ed Hirs says what he thinks needs to happen is a complete overhaul of Texas’s energy market which he says, right now, is flawed.

“If the Houston Astros were paid the same way electricity generators are paid in ERCOT, then only those guys taking the field tonight, or in April, would get paid. Only those 10 guys on the field, give or take a reliever, the rest of the guys on the bench don’t get paid,” Hirs said.

O’Rourke is on the tail end of a very busy week travelling across the state. He’s hit several cities in the past five days alone from San Antonio, to Laredo, McAllen and Corpus Christi.

Meanwhile, Gov. Greg Abbott announced his re-election campaign. He’s rained nearly $5 million. He says he’s grateful for all the donations. More than 42,000 contributions were reported and 43 percent of those were new ones.