O'Rourke has been closing the gap over the last several months, but this is the first poll that puts him ahead of Cruz. 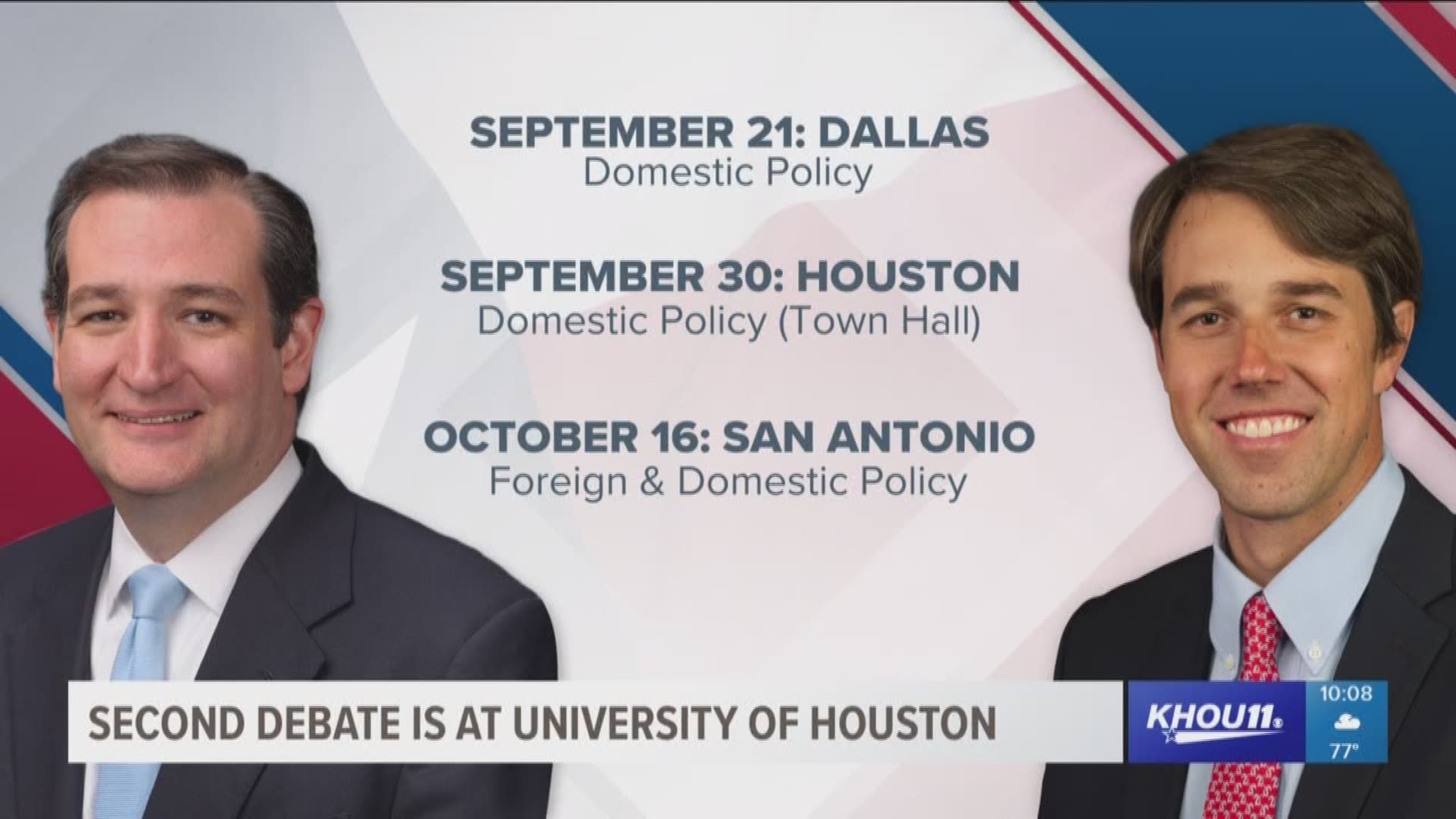 AUSTIN, Texas (TRIBUNE) - U.S. Rep. Beto O’Rourke, D-El Paso, leads Republican incumbent Ted Cruz by 3 percentage points in the race for a U.S. Senate seat, according to a Ipsos online poll released Wednesday in conjunction with Reuters and the University of Virginia. O’Rourke has been closing the gap over the last several months, but this is the first poll that puts him ahead of Cruz.

Of the 2,000 Texas adults surveyed between Sept. 6 and 14, 39 percent would vote for O’Rourke and 36 percent for Cruz if the election were held today, the poll said. Twenty-one percent said they wouldn’t vote for either candidate, and 4 percent said they’d vote for someone else. The poll's margin of error was 2.5 percentage points.

A Quinnipiac poll released Tuesday put Cruz 9 percentage points ahead of O’Rourke among likely voters. That poll was based on phone interviews, while the Ipsos poll used an online survey. But it’s trying to predict who will show up on Election Day that shifts the numbers, said Ipsos Vice President Chris Jackson.

Ipsos is trying to gauge political enthusiasm on each side, said Jackson. The poll asked respondents to estimate the likelihood that they’d vote in the midterm elections on a scale from one to 10. “More Democrats are registering at the highest part of the scale, at the 10, than the Republicans,” Jackson said. And that’s what’s interesting, he said, because Republicans usually have the momentum advantage in Texas.

“It demonstrates how Democrats are mobilized,” said Jackson. “This election is going to be really competitive and its going be very hard fought.”

Respondents were also asked whether they perceived Cruz and O’Rourke as “traditional” politicians. Sixty-three percent of respondents saw Cruz as traditional, while only 28 percent perceived O’Rourke that way — something that may be to O’Rourke’s advantage in a political climate that leans away from establishment politics, Jackson said.