More than 100 people attended the protest Saturday. O’Rourke is hoping to shut down facilities like Casa Sunzal and others that house undocumented kids. 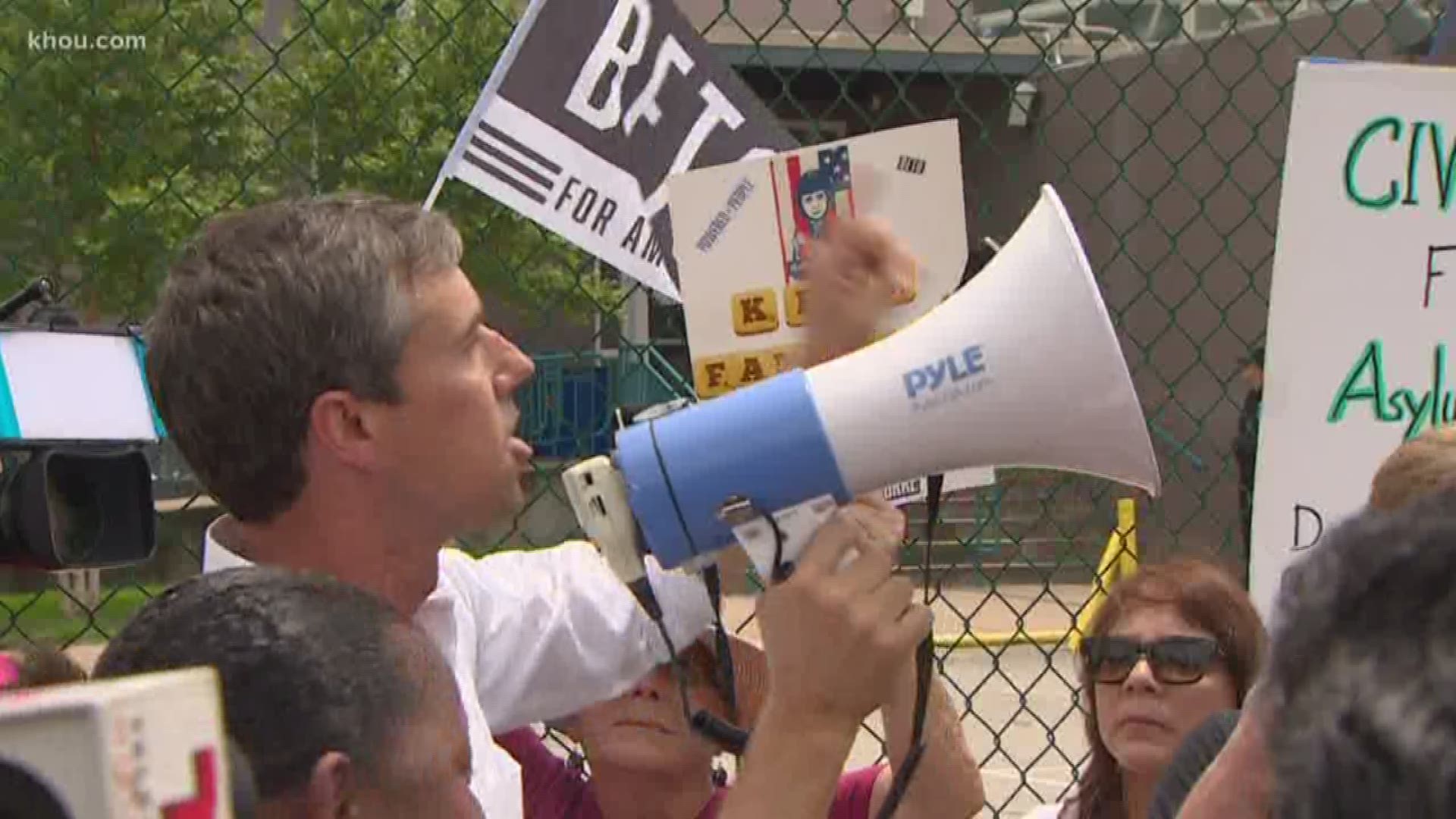 Casa Sunzal, which is run for the nonprofit Southwest Key Enterprises, made headlines in 2018 when Houston Mayor Sylvester Turner tried to stop it from opening. It’s housed at the corner of Emancipation Ave and Prairie Street.

Cesar Espinosa, executive director of FIEL, said the facility opened this past May.

“We know approximately 150 to 200 children are being deprived of their liberty in what they call a shelter, but in reality is a detention center for undocumented youth," Espinosa said.

More than 100 people attended the protest Saturday, including Molly Herring.

“I couldn’t believe that it was in my backyard,” said Herring. “My heart breaks for their possible fear and their possible crying for their parents… I just can’t even imagine. I just want to go hug them all, you know?”

O’Rourke is hoping to shut down facilities like Casa Sunzal and others that house undocumented kids.

“We are incarcerating more children than anytime in America’s history since we interned Japanese-Americans during World War II,” O’Rourke said. “Kids who have committed no crime against the United States of America.”

Southwest Key Enterprises didn’t respond to KHOU’s request for information regarding the number of children currently housed at the facility. It’s designed to hold more than 200 kids ages 3 to 17.

“We have transparency issues here,” O’Rourke said. “We cannot find any information on the children that are being detained here in Houston at Southwest Key.”

In an email, Southwest Key said they sent a letter to the O’Rourke campaign asking that he request a formal visit of the facility through the Office of Refugee Resettlement, which funds the facility.

They also provided a couple pictures and said 234 vetted and licensed professionals care for the kids 24 hours a day, insisting they’re not a detention facility but a shelter.

However, those protesting on Saturday see Casa Sunzal as a small part of a much bigger problem, where kids coming over America’s Southern Border are being detained in facilities without proper care. The border facility in Clint, Texas, is accused of child neglect. O’Rourke will visit Clint on Sunday.

“Sleeping on concrete floors, under aluminum blankets,” O’Rourke said describing allegations out of Clint. “Children soiled in the clothes that they’ve been wearing for weeks if not months… children taking care of children.”

“This in the wealthiest - the most powerful country on the face of the planet - is doing this to the least of us at this moment.”

"We appreciate your advocacy for immigrants and keeping families together. So we’d like to invite you to meet the staff at Casa Sunzal and talk directly with our teachers, hear from our youth care workers and listen to our case managers. You will hear many stories about how they’ve been changing the lives of thousands of youth for years.

"We are a licensed child care shelter. We follow all federal and state guidelines and the Flores Settlement Agreement. We offer compassionate care to young men and women and provide education, recreation and access to pro bono legal counsel. When you visit our shelter, you will see there are no cages, jails or guards. We are not a detention facility.

"Many of our staff are first-generation Americans who have a passion for reuniting these children with a family member or sponsor. Our employees and the children we care for deserve committed and optimistic leadership to help address the immigration crisis at our border. We stand ready to work with you and look forward to opening our doors to you as soon as possible!"