A new ad campaign by the ACLU and Legacy Community Health is the latest weapon in the ongoing battle over Texas' bathroom bill. The ad uses humor to drive home a serious point. 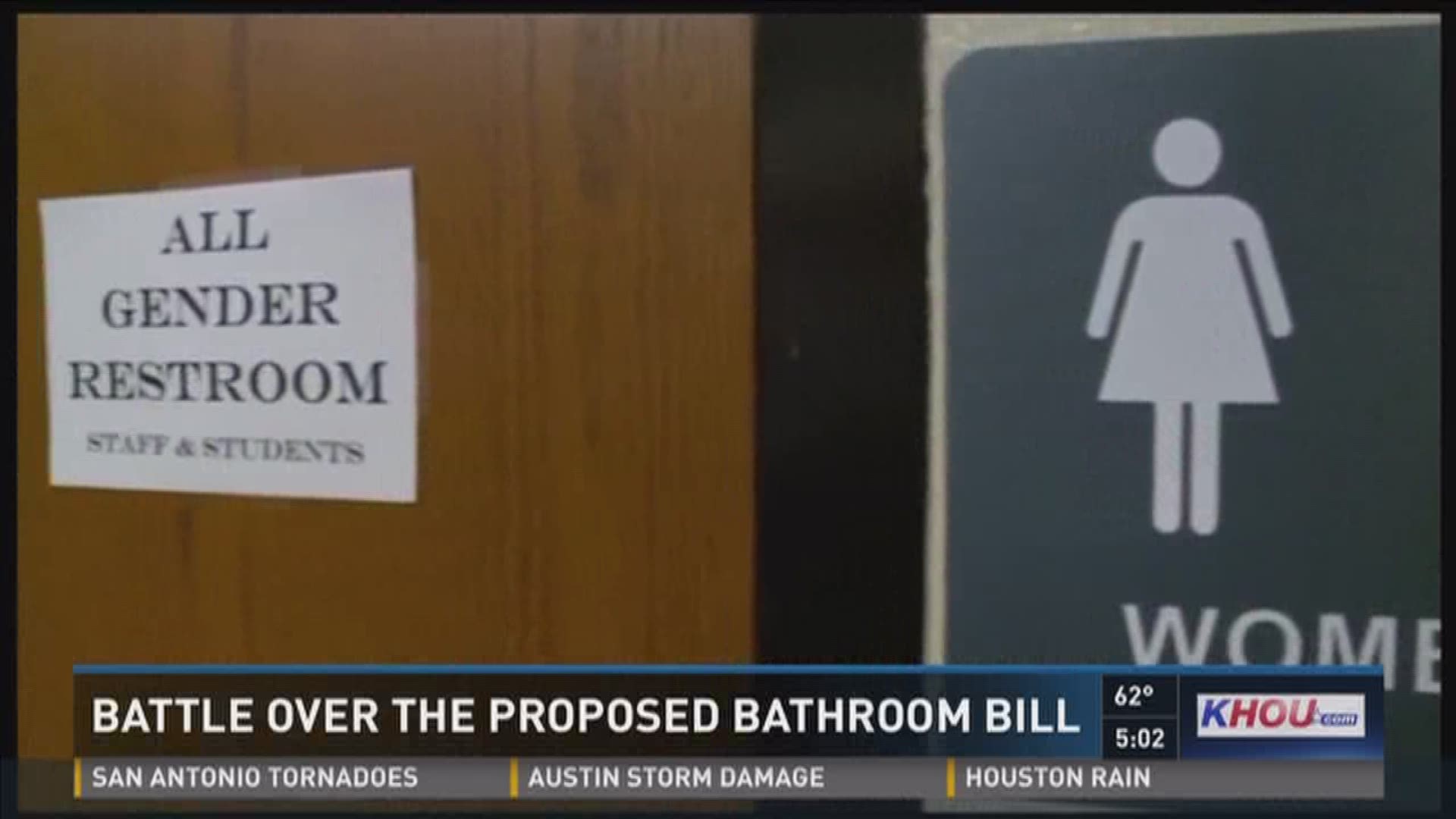 A new ad campaign by the ACLU and Legacy Community Health is the latest weapon in the ongoing battle over Texas' bathroom bill. The ad uses humor to drive home a serious point.

"You got to roll up your sleeves, pull down your pants and pee with LGBT," says one man in the ad. "You got to take a seat to make a stand. You got to spray it to say it," the ad goes on.

Senate Bill 6 would force people in public schools and government buildings to use the bathroom that matches the sex on their birth certificate.

"It's discrimination and who's going to police that," said Lou Weaver, a consultant for the ACLU's new ad and transgender activist. "We need people to have same access as everybody else."

The bill would let private businesses decide their own bathroom policies no matter what LGBT protections a city may already have in place.

"I know this, black, white, brown families in Texas do not want their teenagers showering together in high school and women don't want to walk into a restroom and find a man in it," said Lt. Governor Dan Patrick. "We're going to fight to pass the bill because it's the right thing to do."

But the bathroom bill already has powerful outspoken critics. Both the NFL and the NBA are warning Texas about passing the bill saying it could impact their decision to have the state host future sporting events like another Super Bowl or All-Star Game.

North Carolina already paid that price earlier this year when it lost its All-Star Game to New Orleans.

"Our bill is different than North Carolina's," said Patrick. "Our bill just wants to keep women safe in bathrooms."

Opponents like Weaver hope the new ad rallies the base to urge lawmakers to vote no, but the LT. Governor vows to do what it takes to make it law. He said Texas values are at stake.

"People don't like to be blackmailed," said Patrick. "The Texas values of our family are not for sale to the NFL, NBA or anybody else."

The bathroom bill has yet to make it out of committee. It will have to clear that hurdle if it has any hope of making it to the governor's desk.