A look back at presidential inaugurations

Donald Trump won't be the first President to skip his successor's swearing-in ceremony. 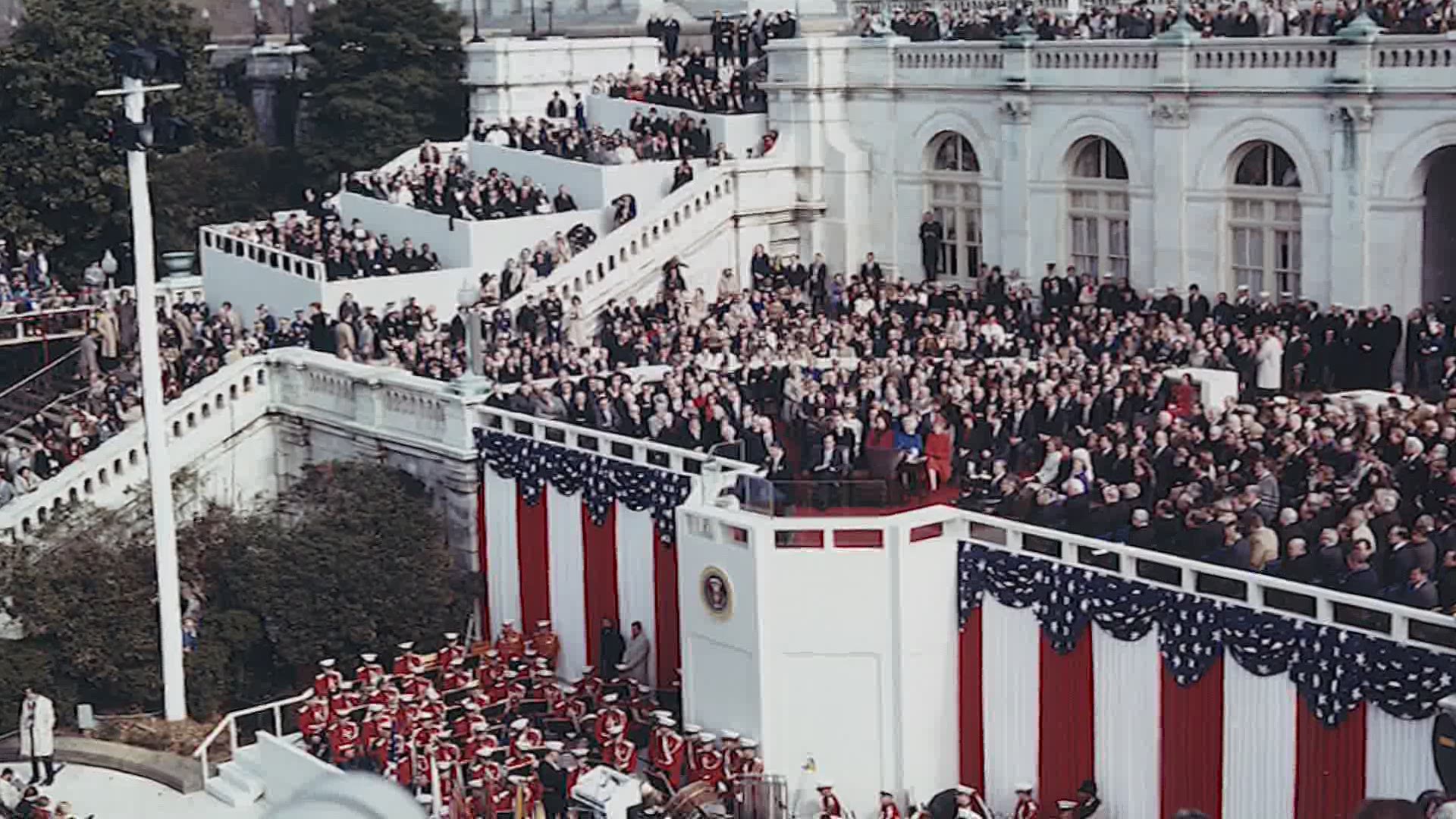 "They didn't like each other one bit," University of Houston History professor Nancy Beck Young said.

"Ultimately, the transfer of power was peaceful," Young said. "That was brand new in the western world."

Weeks before the onset of the Civil War in 1861, President-elect Abraham Lincoln's procession to the Capitol had unprecedented protection by heavily armed soldiers. Vice President Andrew Johnson took his oath in a hotel room following Lincoln's assassination.

V.P. Theodore Roosevelt took his oath at a home in Buffalo after President William McKinley was shot and killed.

Theodore Roosevelt's cousin, Franklin Delano Roosevelt, made history by taking the presidential oath four times. The last time was at the White House in 1945, 82 days before his death.

Perhaps the most famous inauguration held outside of the Capitol was that of Lyndon Baines Johnson.

He was sworn-in aboard Air Force One following JFK's assassination.

"With Jackie Kennedy standing in the shot, wearing the same suit that she had on in the motorcade through downtown Dallas," Young said. "Every inauguration is unique in its own way."

The Watergate scandal helped sweep in outsider Jimmy Carter who was the first President to exit his limousine and walk down Pennsylvania Avenue with the First Lady during the inaugural parade.

Ronald Reagan was the first President sworn-in on the Capitol's much-grander west front.

And who could forget Aretha Franklin's performance at President Barack Obama's first swearing-in in 2009 which ended up having the largest attendance of any event in D.C.'s history, much less an inauguration.

"It was a massive celebration of the moment," Young said.

Joe Biden's inauguration is sure to make history by taking place in the midst of a pandemic and the threat of insurrection.

"I hope that we are able to look back and say "we got through, we survived, Democracy is intact," Young said.