Nearly 5,000 National Guard troops will remain in Washington D.C. through March 12 amid concerns about another building takeover. 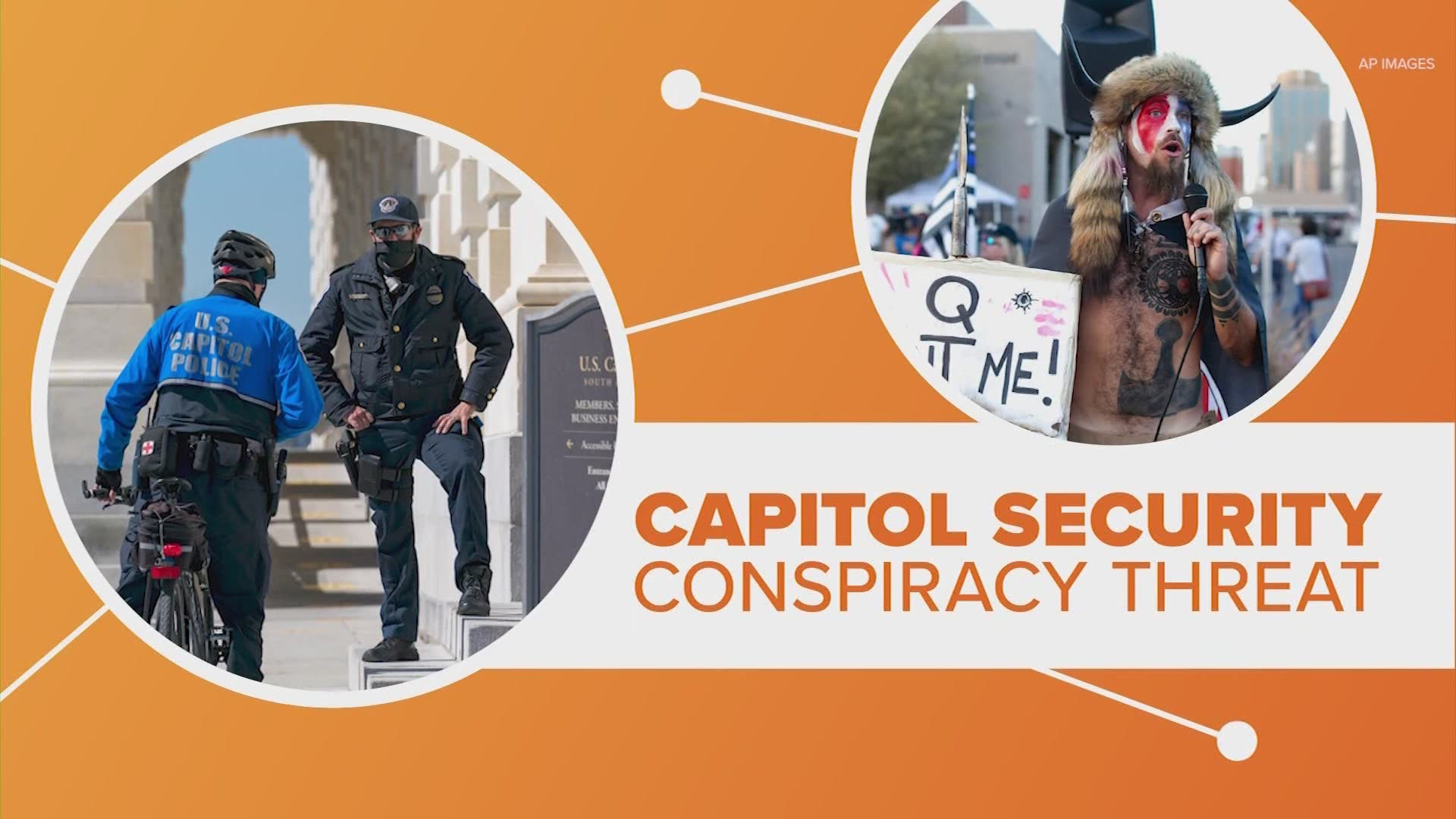 Capitol police are beefing up security Thursday at the Capitol over concerns that extremists could gather there. It’s all thanks to a conspiracy theory about today’s date.

Capitol police say they are increasing security measures in and around the capitol because of intelligence that shows there is a possible plot to try and overtake the building again.

Nearly 5,000 National Guard troops will remain in Washington D.C. through March 12 amid concerns about a conspiracy theory tied to March 4.

So what’s the theory?

It’s tied back to QAnon, a loose group of conspiracy theorists who falsely believe President Trump was secretly working to bring down a group of prominent Democrats and celebrities who kidnapped and sacrificed children.

When Trump failed to stay in office after January 20, some members started focusing on March 4. That was the original inauguration day for U.S. presidents before it was changed with the 20th amendment in 1933.

While there are still some posts claiming that President Trump will return today with the help of the military, QAnon watchers say some of the chatter has died down.

At least one expert points to Trump’s recent speech hinting at another possible presidential run. She says that has renewed hope for some followers that he will return -- just maybe not today.