The star of Netflix's "Tiger King" docu-series is serving a 22-year prison sentence. 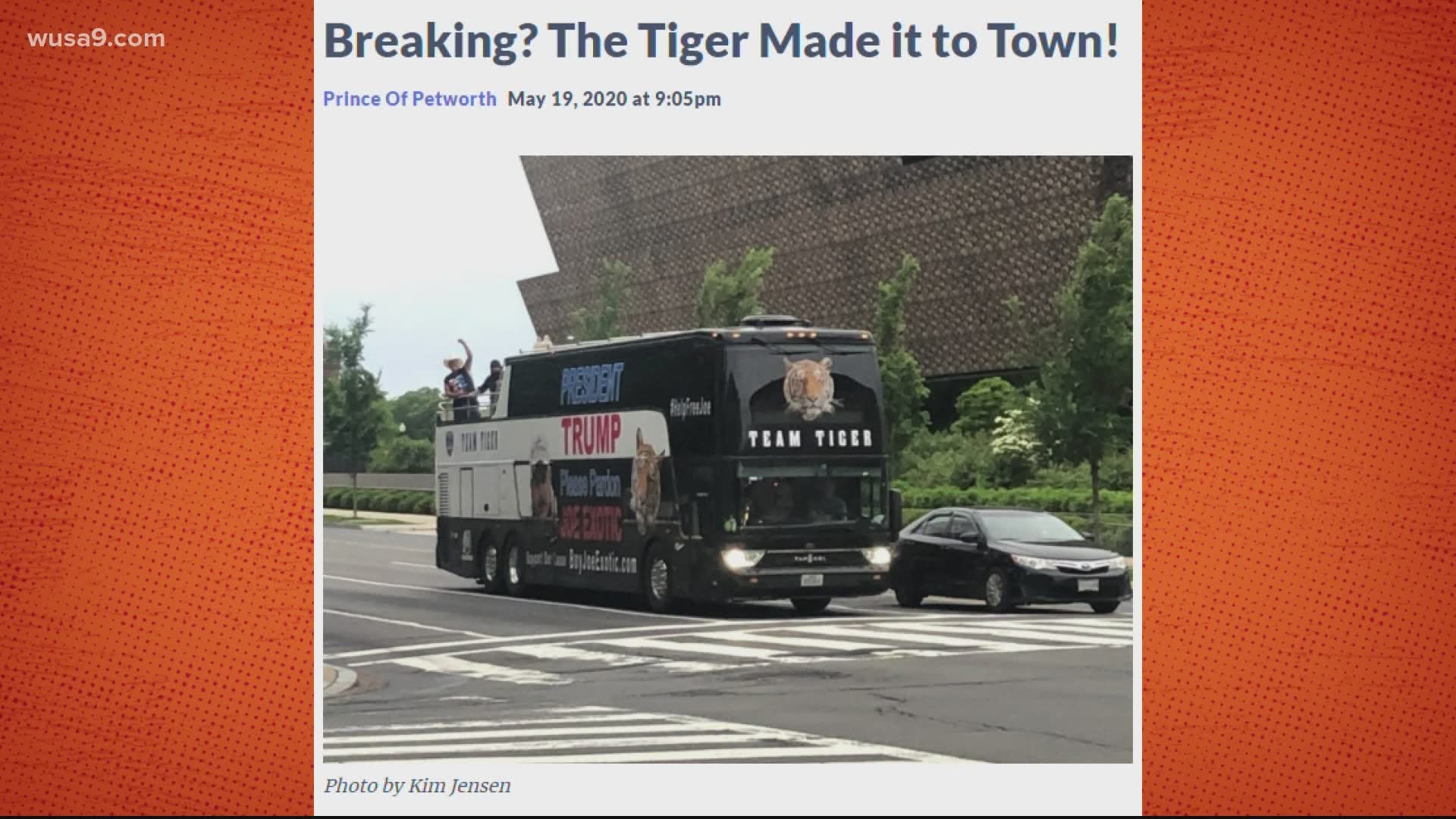 WASHINGTON — Joe Exotic's legal team hit the road in a tour bus with one goal in mind: to ask President Donald Trump to pardon the "Tiger King" star. It arrived in The District on Wednesday.

For those of you not familiar with the Netflix show "Tiger King," which became incredibly popular during the coronavirus quarantine, Exotic is a gay, polygamist zoo-owner-turned-politician who is currently serving a 22-year prison sentence after he was found guilty of paying a hit man to kill rival animal activist Carole Baskin, and of killing tigers in his animal park

The head of Exotic's legal team, Eric Love, is hoping the 1,350-mile bus tour will grab the president's attention.

Love and the rest of Team Tiger believe Exotic is not guilty of having Baskin killed and that he was actually framed.

A presidential pardon is aiming high, but we know "Tiger King" is on Trump's radar since he joked about it during a coronavirus briefing.

The bus was seen outside Trump International Hotel in D.C. Wednesday afternoon.