NTSB: Plane that crashed near Houston hadn't been flown since December 2020

The NTSB said they are looking into the maintenance history to determine if there was any maintenance done on the plane since its last flight. 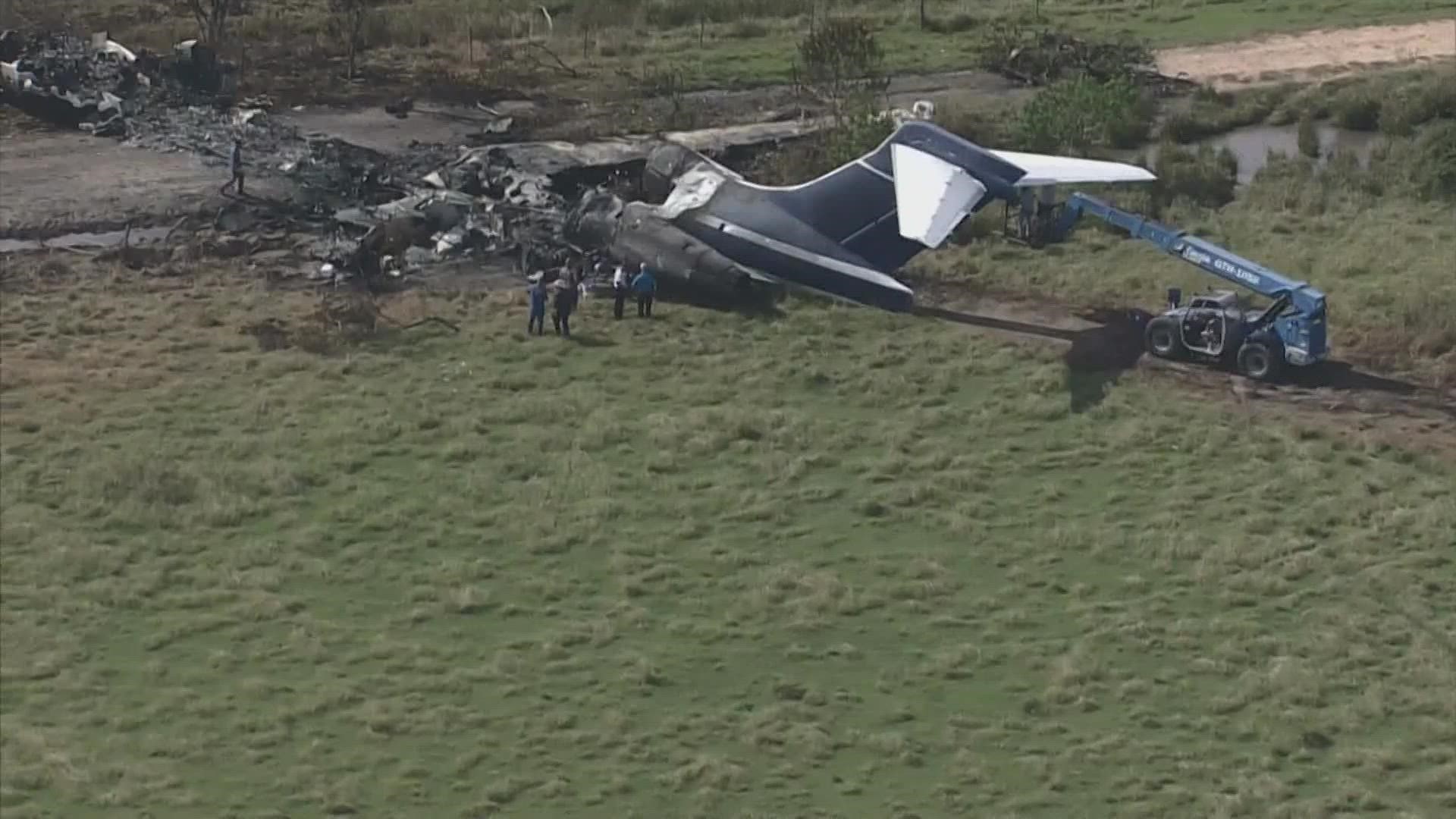 WALLER COUNTY, Texas — The National Transportation Safety Board has just completed Day 2 of their investigation into the plane crash that happened near Houston with 21 people on board.

During a press conference Thursday, the agency revealed that the MD-87 aircraft had not been flown since December 2020. NTSB said investigators are looking into the maintenance history of the plane and what's been done since its last flight. Video from that press conference is below.

The NTSB said they have also obtained a video showing smoke coming from one of the engines during takeoff. Investigators said they will be analyzing the video and considering all potential factors that may have led to the crash.

Video captured a plane on a Waller County runway just before it crashed through a fence and onto a field, where it caught fire. A witness gave the video to @DavidGonzKHOU. All 21 people on board got off safely. The @NTSB is investigating. https://t.co/eHSreYhQ89 pic.twitter.com/fk3N4YS5XN

“We will not jump into any conclusions," said Michael Graham with the NTSB.

Graham said the aircraft's engines are good following the crash and will allow for a thorough examination into what happened. He also said investigators got a chance to look at the runway and document the tire marks from the plane prior to the crash and fire.

Here is video of NTSB's second update on the plane crash near Houston:

Graham did not confirm if that meant the plane never left the ground but did say the tire marks showed it was a heavy braking event.

Graham said he has received a lot of questions about how all 21 passengers, including crew members, were able to survive the crash. He said an initial investigation revealed the flight mechanic on board was the one who opened the cabin door and all of the passengers exited the plane using the automatic inflated evacuation slide.

At the time, NTSB investigators are still interviewing the two pilots and flight mechanic. They are also still reviewing the written passenger statements.

Data from the cockpit voice recorder and flight data records are still being processed and information from those two devices will be released at a later date.

The NTSB said their team will likely be on site for about a week or two gathering evidence on this plane crash, but the entire investigation could take up to 18 months.

Investigators will be examining engines, survival factors, operational factors, human performance, maintenance records, air traffic control and more to determine the cause of the crash in Waller County.

Anyone who may have pictures or videos of the plane crash is urged to email witness@ntsb.gov.