The post has over 60,000 shares and thousands of comments. Salfen-Tracy said the photos were taken 7 months apart. 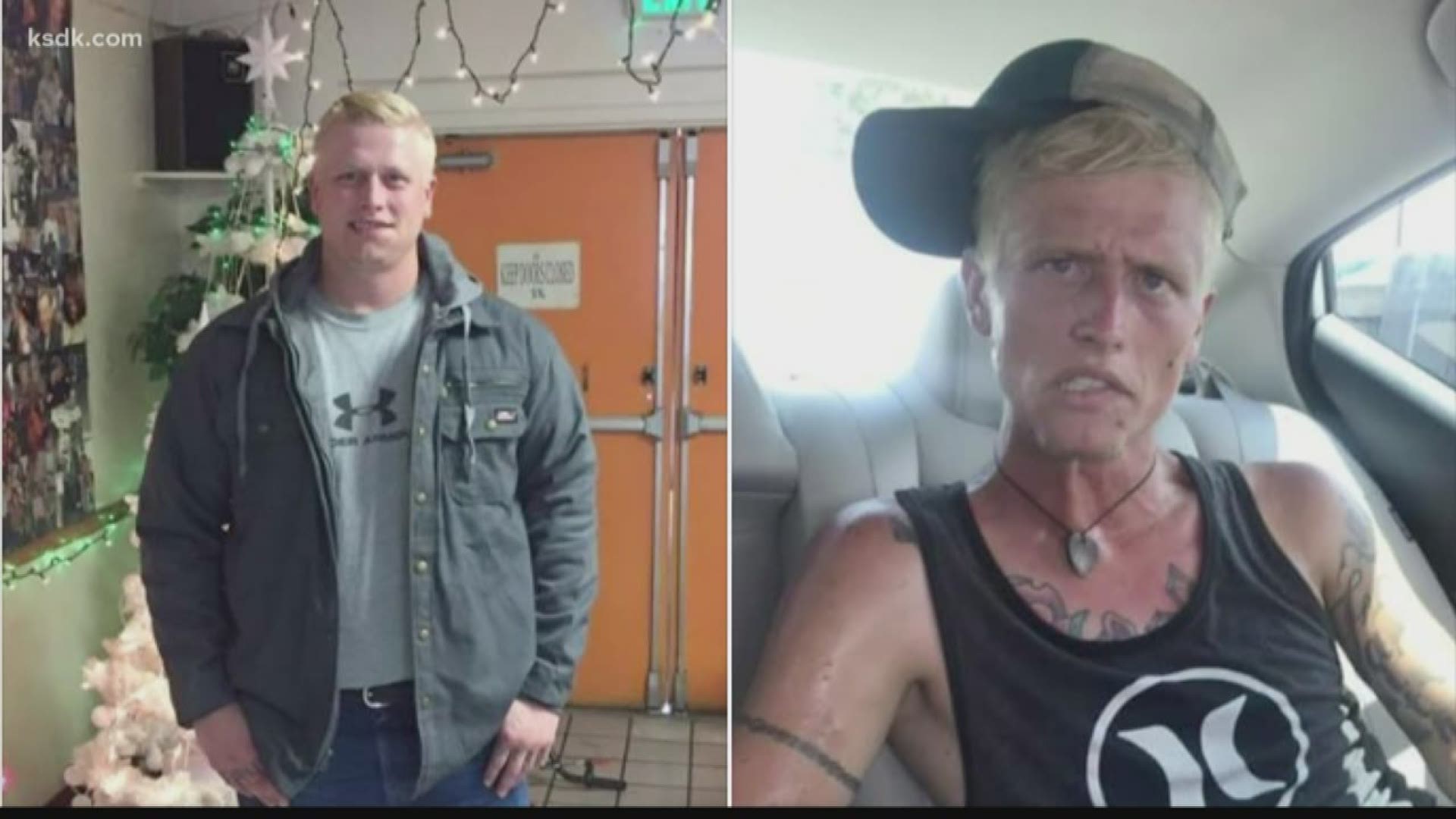 ST. CHARLES COUNTY, Mo. — Editor’s note: This content may be difficult for some to read

A Facebook post by a mom from St. Charles County sharing her story about her son’s addiction has gone viral.

Jennifer Salfen-Tracy shared a photo of her son before he was addicted to heroin and meth along with a current photo. The post has over 60,000 shares and thousands of comments. Salfen-Tracy said the photos were taken 7 months apart.

Her son, Cody Bishop, graduated from Wentzville Holt High School in 2011 and was an athlete.

She said she was hesitant to share her story, but so many people were asking how things were going so she thought she should share.

‘I have learned along this path that so many people and families deal with the same heartache but just do not talk about it,’ She said in the post.

Salfen-Tracy said she has not heard from her son in weeks.

‘Hearing how bad he is doing is hard but not hearing at all is worse. The unknown is what makes a person not sleep at night,’ She said.

Social media has helped her meet so many people going through something similar, she said. Many of the people on her post have offered their prayers or shared similar stories.

In an updated post from Salfen-Tracy, she said she wanted to clarify she does not want anyone to draw attention to him if they see him.

'We know about the area Cody is. I appreciate everyone who is trying to locate him but I do not want any harm to come to him. He is comfortable where he is at the moment and the last thing we need is for him to get spooked and run to somewhere we don’t know. So please, if you see him don’t draw attention to him. I have people who specialize in this who will try to help the best way for Cody.' She said in a Facebook post on Oct. 12.

Since 5 On Your Side shared the story, it has been seen across the country.