Thanks to a bicyclist, a man stuck in Austin's drainage tunnel for more than 24 hours was rescued

Officials say the trapped man was discovered by a person riding a bike in the area. 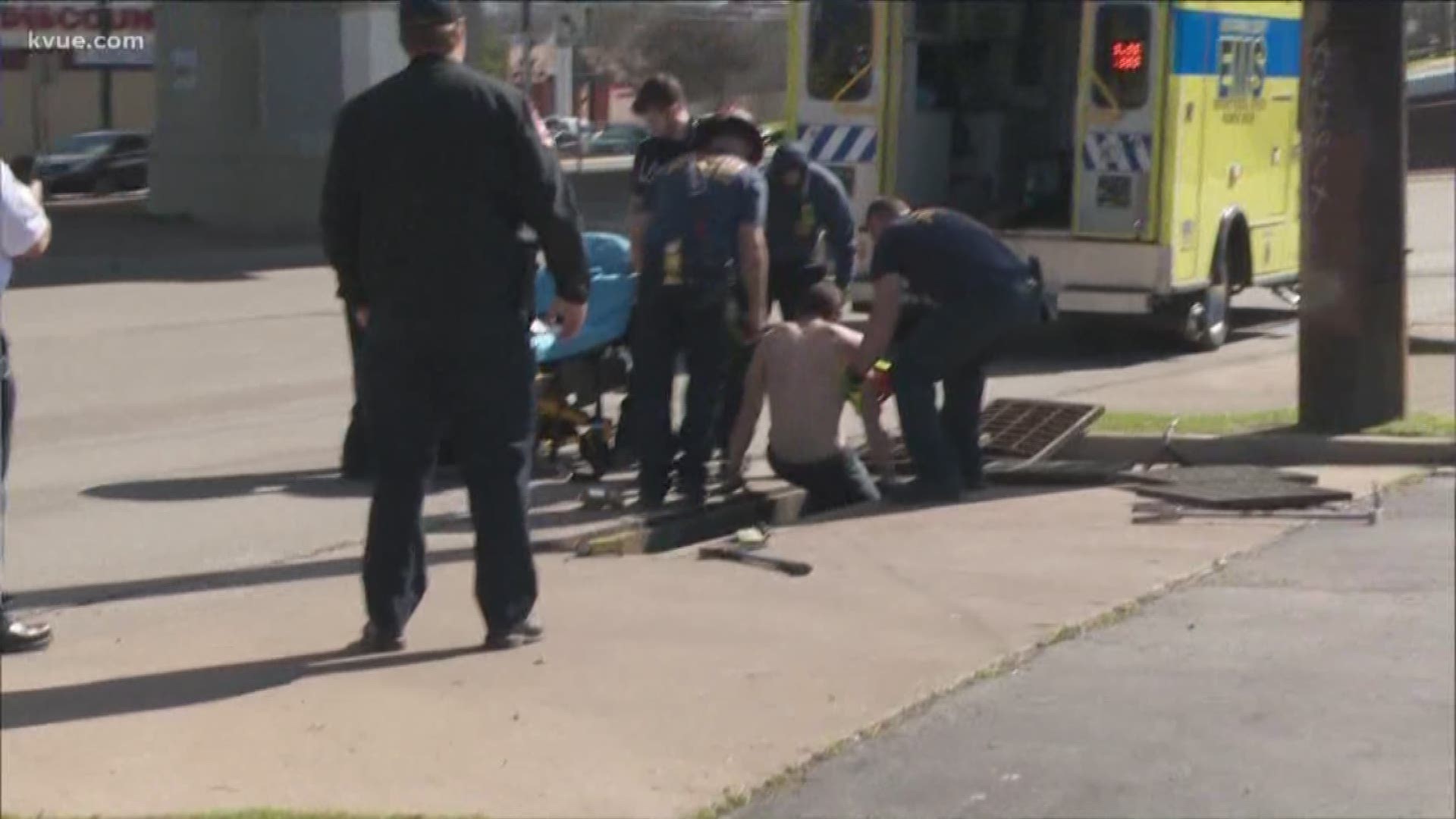 AUSTIN, Texas — On Thursday, Austin-Travis County EMS and the Austin Fire Department rescued a person who had been trapped inside a drainage tunnel system for more than 24 hours.

Medics and firefighters responded to the 8400 block of Research Boulevard around 11:50 a.m. They said the patient was conscious and alert, however, the closest manholes to the patient were not allowing them access. The eventually found an access point about three-quarters of a mile away.

About an hour later, officials said the search team made contact with the patient and they were working to guide him out. He was out of the drainage system around 1:17 p.m.

The patient will be treated by ATCEMS but it is not clear if he will be transported to the hospital.

The City of Austin Public Works also assisted. About 16 firefighters and six ATCEMS personnel responded. Seven of those went underground to find him.

At a press briefing after the rescue, the AFD said the 29-year-old male was in good health and was wearing pants and no shirt. It did not appear that the man was homeless and he did not say why he entered the tunnel. Officials said the man did not seem to be overly distressed.

ATCEMS first reported that they believed the man had been trapped for two days but the AFD said they could not confirm that. However, based on the witness's account, it appears he was in there for more than 24 hours.

A bicyclist riding in the area on Wednesday said they heard something but they did not stop. When they rode by the next day, that's when they discovered someone was stuck because they saw the man's hand.