One year later, Fort Worth couple still missing in The Bahamas

Forrest Sanco, a Lockheed Martin employee, and his fiancee Donna Grant, were last hear from in September 2017, as they traveled by private plane to The Bahamas. 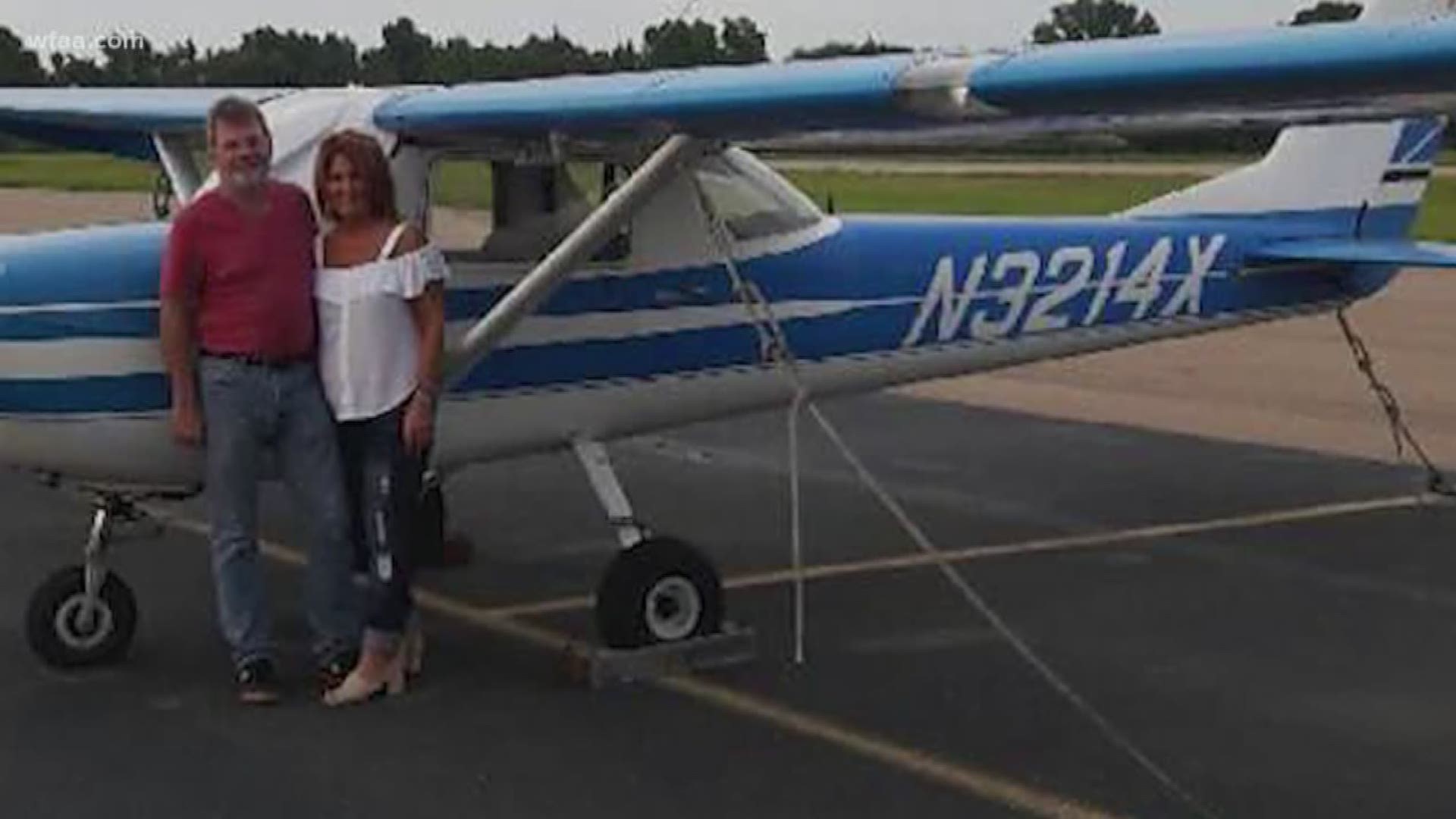 You can tell by their faces in the photos how Donna Grant and Forrest Sanco felt about each other.

"They were just so in love and excited about their future together," said Erin Simmons, Grant's daughter-in-law.

Grant and Sanco were high school classmates who'd reconnected and fallen in love. The Fort Worth couple flew their own plane to The Bahamas last September to get married. They still haven't made it back. "It's been overwhelming, you know?" Simmons said from Oklahoma Friday.

Thanks to donations and volunteers, they've searched for the couple as often as possible. But without a clear picture of the path the plane took, it's been difficult. "There'd been a tire and wheel assembly recovered in early October by a local fisherman off the coast of Freeport, which today is really the only real piece of evidence we have," Simmons said.

After having that evidence analyzed, the family wrote on Facebook: "...it is estimated to have been an accident into the water at a high rate of speed, most likely not long after takeoff. We are told the chances of survival based on the evident damage, would be little to none."

"Here's what we're certain of," Simmons said. "We know they're together, and they're happy, and they were happy when they left."

The family holds out hope that one day, they'll all be reunited. Simmons asks anyone headed to The Bahamas to keep the couple in mind. "Please keep an eye out. Please. Maybe it's hurricane debris, maybe it isn't. Our plane is blue and white. It was a single engine Cessna," she said.

Hoping for anything that will bring Forrest and Donna home.