Rice University's Baker Institute for Public Policy is celebrating its 25th anniversary this week. James Baker sat down with us to discuss the milestone. He also spoke about the current political landscape and other topics, including President Bush 41, Bob McNair's death, and the controversy regarding Saudi Arabia. 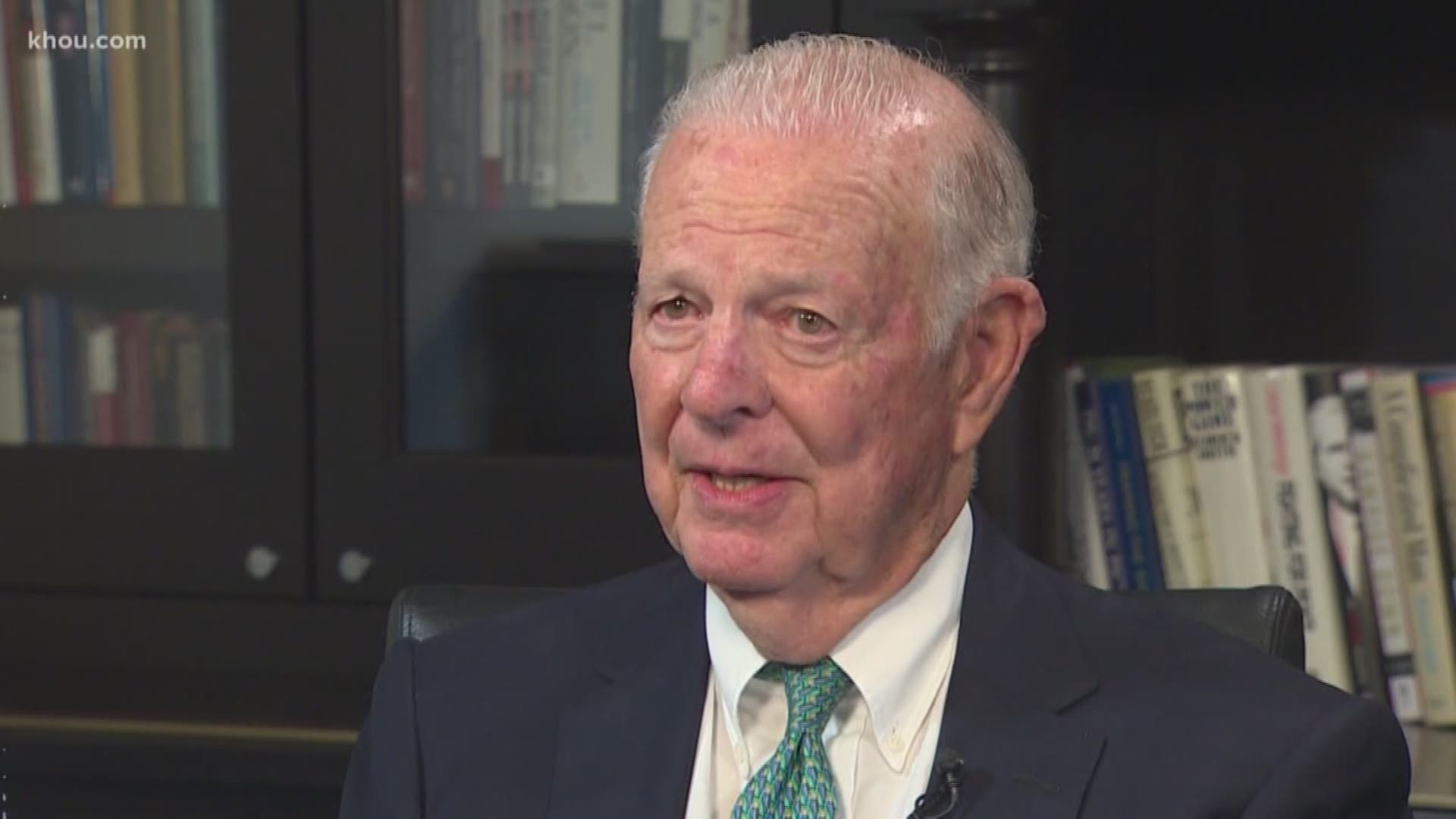 “The responsible center in American politics is gone,” Baker said. “And that’s quite regrettable.”

Baker served as Secretary of State, Treasury Secretary and twice as Chief of Staff under President Ronald Reagan and President George H.W. Bush. Baker said the latter managed to get things done with a Democratically-controlled U.S. House and Senate for his entire term.

“You know, in a true democracy, no one side gets to make all the rules,” Baker said. “And the presidents I worked for understood that.”

Every former living president has appeared at the Baker Institute since its 1993 founding. Baker personally invited President Barack Obama to a 25th anniversary gala after having served on two Obama administration commissions.

“I asked him if he would feel comfortable coming here,” Baker said. “That we would give him a good platform, and he knew the bipartisan reputation of the institute. And he said yes.”

President Obama and Baker will have a conversation of sorts during the gala. Baker said it will provide insights into the way things have worked in the past and, perhaps, should work now.

“Because I think it’s regrettable, the extent to which our politics have become dysfunctional from the standpoint of really not getting, taking care of the people’s business,” Baker said.

Here’s what Secretary Baker had to say on a variety of other topics:

“All of the big think tanks were either on the east coast of the west coast. So maybe there was a niche for us to create a world-class think tank in the center of the country.”

“We were hunting buddies together. Bob McNair gave us a very generous gift to endow the Baker Institute Director’s chair, and they’ve created an economic program here at the Baker Institute, he and his wife, Janice. They’re extraordinarily generous people. Bob was a wonderful human being and close friend of mine and my wife, Susan, and the loss, it very severe.”

“If this journalist was murdered on the orders of the high command in Saudi Arabia, that clearly violates the principles and values that made this country great and that inform our foreign policy.”

“Politics ain’t bean bags, and you do need to have wedge issues that you can capture the attention and enthusiasm of your supporters. But at the end of the day, there needs to be a way to get with the other side so that you can get stuff done.”