Houston artist Reginald C. Adams and his crew hope the mural inspires people from around the world. 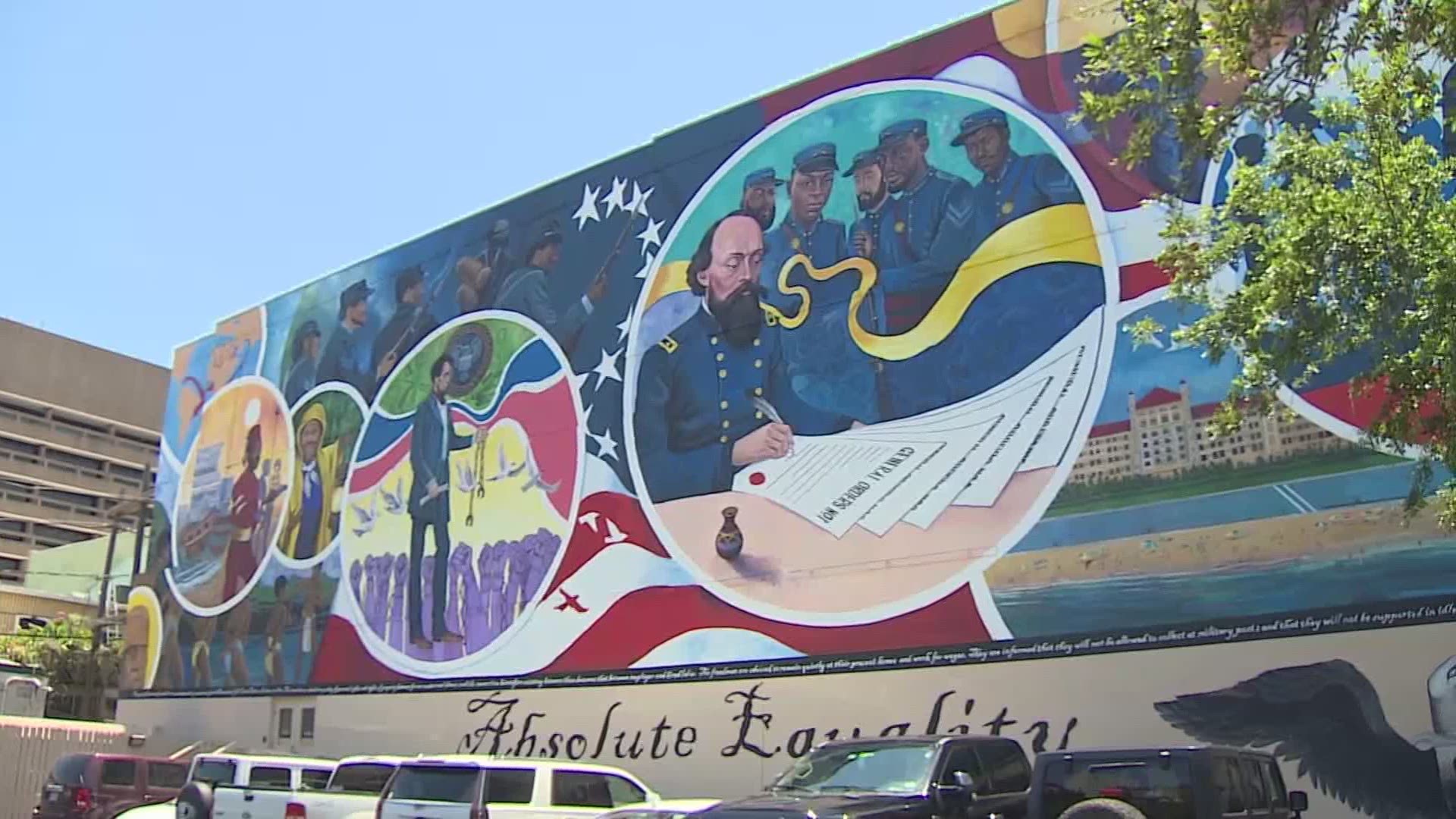 GALVESTON, Texas — Rose Turner of Rosharon, Texas was among those already taking in a giant new mural along The Strand a day before our newest national holiday is commemorated.

"Just such an important time in history,” said Turner.

The mural, entitled “Absolute Equality,” was inspired by General Order No. 3 which federal troops read aloud at multiple locations on June 19th, 1865 informing Texas slaves of their freedom.

Although it was two and a half years after President Lincoln’s Emancipation Proclamation.

The mural on artist Reginald Adams’s t-shirt ⤵️ is the same one he and his team painted on a giant wall in Galveston. It will be officially dedicated on #JuneTeenth .. A subject Adams spoke with us about. I’ll have more from the island on @KHOU beginning at 4:00 #khou11 pic.twitter.com/TZCZnjp1Wb

Adams and his team known as “The Creatives” created the mural over the course of 27 days.

He said his favorite part of the mural, which he’s also printed onto T-shirts, isn’t actually on it.

It's the community engagement that went into its design and the feelings it may spark among those who visit.

"Absolute equality is a virtue that I think we should all be living towards,” said Adams.

The mural’s dedication is among a host of events this weekend on the island.

Those include the annual gathering at Ashton Villa which was limited in scope last year due to the pandemic.

And, for the first time, the Smithsonian plans to project images nightly onto Shearn-Moody Plaza to help celebrate and educate the public about Juneteenth.

"This is going to make America understand a part of American History,” said Turner.

It's a period many are just beginning to truly know.