The technology keeps track of every vehicle that enters and leaves the neighborhood. 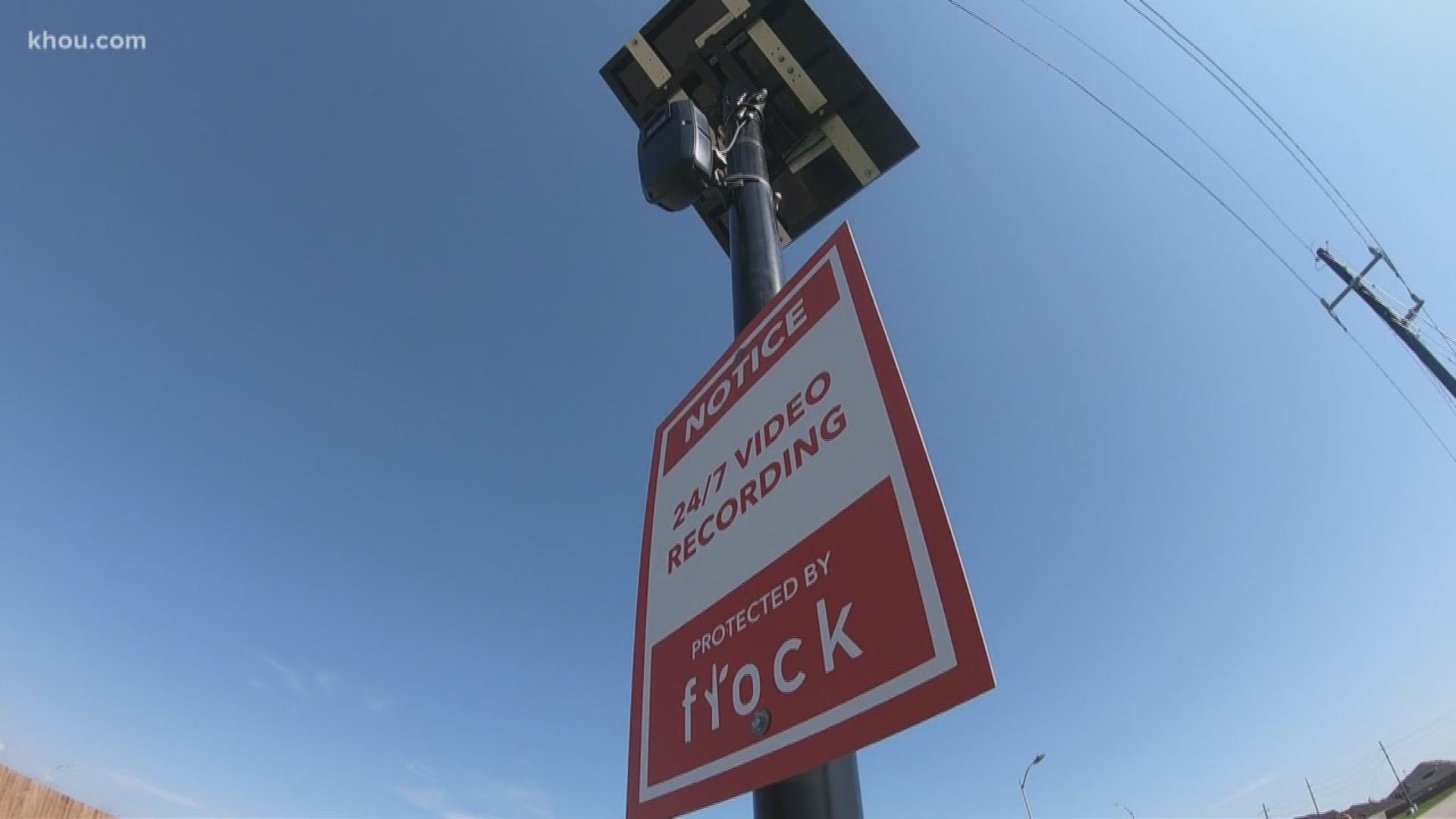 The next generation of security devices are in Houston area neighborhoods.

License plate readers have been up in the Lanai Subdivision located near Mont Belvieu for a year and a half.

The technology, offered by Flock Safety, keeps track of every vehicle that enters and leaves the neighborhood.

Lanai HOA president James Barrett says their system is linked to a law enforcement database, so it will alert authorities if an amber alert or stolen vehicle passes one of their cameras.

The HOA can also track vehicles involved with crimes reported in the neighborhood.

Barrett says having the cameras, with visible warning signs, has already deterred crime in the neighborhood significantly.

“We went from a crime every two to three weeks, to once a year. Two of those have been resolved,” said Barrett.

Barrett shared an example of how the license plate readers have already done their job.

He says the HOA caught a driver who did a thousand dollars of damage to a flower bed. The HOA tracked down company that owned the vehicle, then the company reportedly paid for repairs.

There’s no doubt, the technology is a great crime fighting tool. However, even in police hands, license plate readers have gotten push back due to privacy concerns.

A Flock Safety spokesperson added, after 30 days, all of the footage captured is deleted immediately with no exceptions unless the HOA were to save that footage for an investigation.

Flock Safety says their systems are already in 45 areas in Houston.

“HOA’s make their money by people living in their homes in their area. If you want to have people living in your area, you have to have a place that’s safe for families to be raised. I think that right there is a good enough reason,” said McWhirter.