The fire broke out at BioLab, a company that makes chlorine for swimming pools, after a leak related to Hurricane Laura. 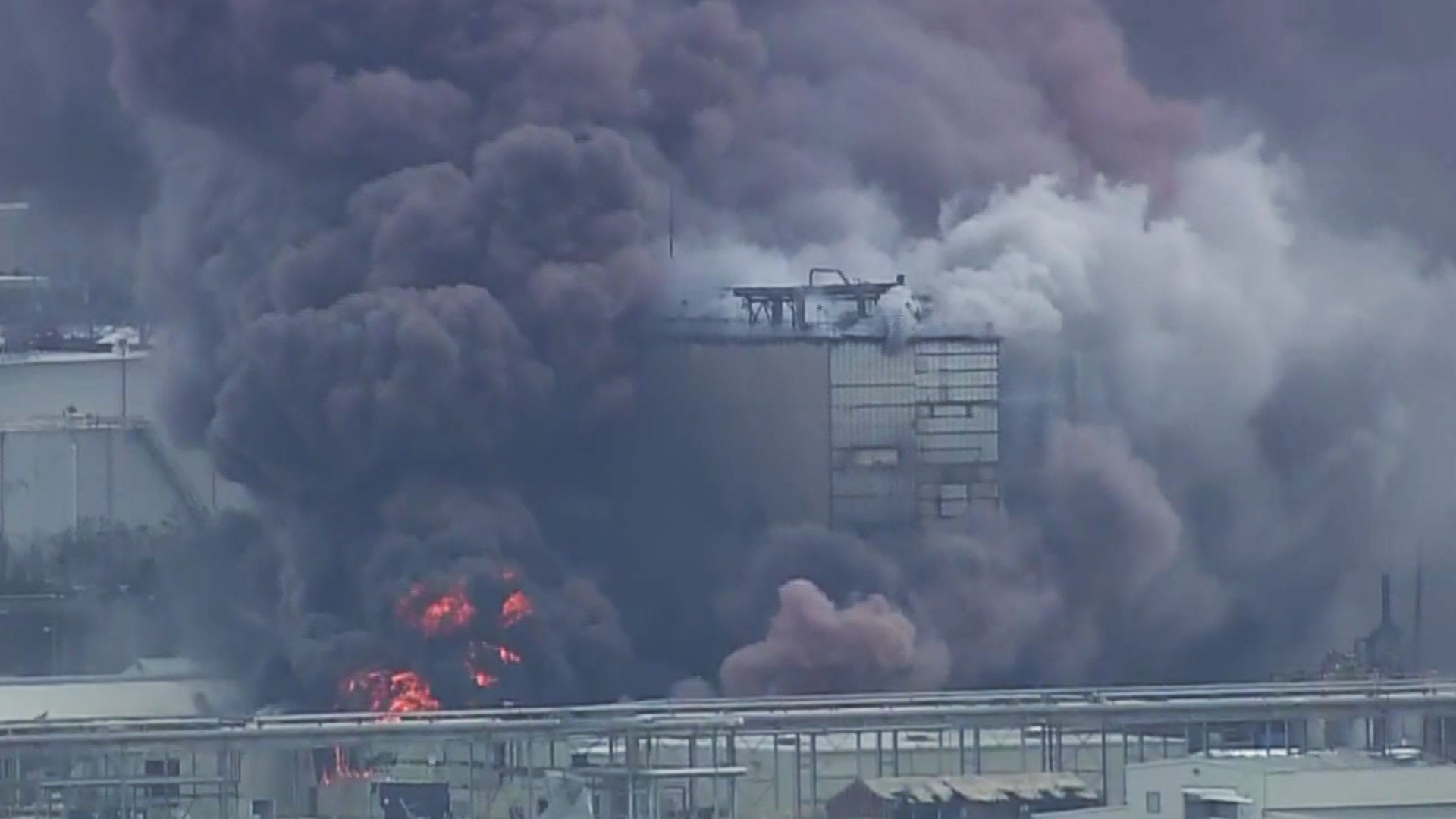 At 10:37 a.m., Governor John Bel Edwards tweeted that Westlake-area residents should shelter-in-place and turn off their air conditioning as a precaution:

"There is a chemical fire in the Westlake/Moss Bluff/Sulphur area. Residents are advised to shelter in place until further notice and close your doors and windows."

Social media photos and videos, which started appearing online around 9:30 a.m., showed a large plume of black smoke from BioLab rising from the area just hours after Hurricane Laura ripped through.

Greg Nordstrom shared this video from across the river with our sister station WWLTV:

"During the weather event last night an undetermined amount of the product began to react and decompose, the cause is still under investigation," Deputy Secretary Kevin Reeves with Louisiana Department of Public Safety. "As this type of chlorine begins to decompose, it generates heat and it began to burn releasing chlorine gas into the atmosphere."

The BioLab crew tried to extinguish the flames but was unsuccessful and called the state police who issued a shelter-in-place order.

The company is working with local and state officials and the Department of Environmental Quality to extinguish the fire and monitor the air quality.

Chlorine can cause a wide variety of health problems including blurred vision, nausea, vomiting and fluid in the lungs.

KATC reported that state police were on the way to the scene, and traffic on I-10 was being diverted to I-210.

"If you are in the Westlake/Moss Bluff/Sulphur area, shelter in place, close your windows and doors and TURN OFF YOUR AIR CONDITIONING UNITS. There is a chemical fire. Stay inside and wait for additional direction from local officials," tweeted the governor.

“KIK Custom Products can now confirm the fire at the plant at our Biolab Lake Charles, LA facility has been brought under control. The site remains secured, and our specialized team comprising industry-leading emergency response experts and our employees remains on-the-ground to support efforts to promote the safety and well-being of the Lake Charles community. We are enormously grateful to the state police and other first responders, as well as local authorities – including Louisiana State Police Emergency Resource Team, Lake Charles Fire Department, and Louisiana Department of Environmental Quality – for their collaboration and thank them for their heroic efforts. We are actively engaged in helping the broader community recover from the impacts of Hurricane Laura.”