As people breached barricades and overcame security measures, tear gas was deployed inside the chambers where lawmakers met. 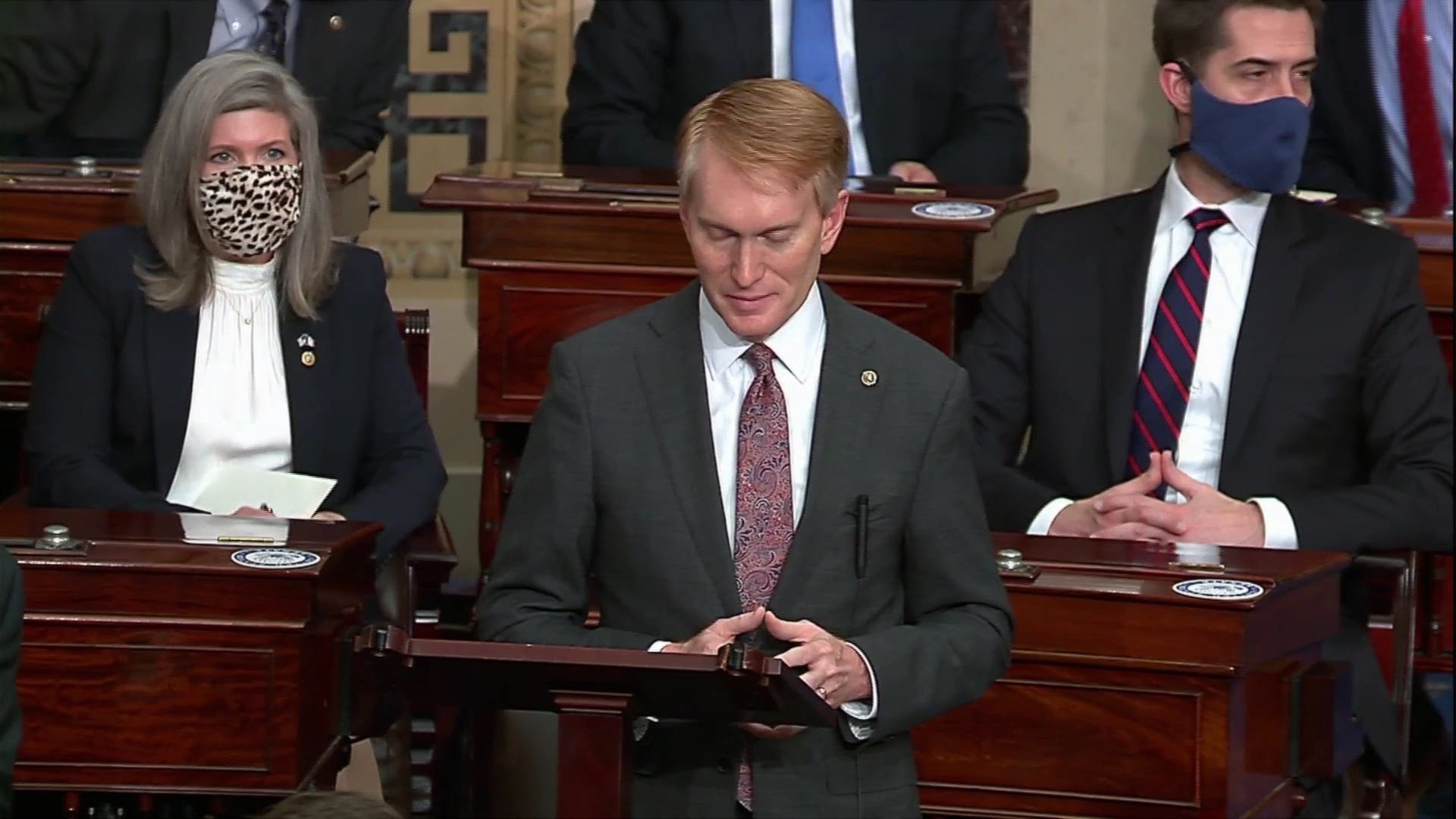 WASHINGTON — Police deployed tear gas in the U.S. Senate chambers after huge crowds of Trump supporters managed to break through barricades and storm inside the U.S. Capitol building Wednesday evening, according to the Associated Press.

US Park Police, DC Police and National Gaurd troops have worked to move Trump supporters and rioters gathered at the steps of the US Capitol Building to create a safety perimeter.

Dozens of lawmakers, who were inside to certify the Electoral College votes, tweeted videos and photos of them being instructed to put on gas masks and seek shelter.

"Chamber security and Capitol Police have their guns drawn as protesters bang on the front door of the chamber,"  tweeted Michigan Rep. Daniel Kildee. Kildee wrote he was inside the House chamber, while others like Rep. Peter Welch posted they were in an area that connects both the House and the Senate.

“We were just told that there has been tear gas in the rotunda and we’re being instructed to each of us get gas masks that are under our seats,” Welch wrote.

Other lawmakers marked their locations as safe, as rioters continued to swarm on both sides of the Capitol. Some were seen scaling walls and scaffolding near the Senate side.

Credit: AP
Police with guns drawn watch as protesters try to break into the House Chamber at the U.S. Capitol on Wednesday, Jan. 6, 2021, in Washington. (AP Photo/J. Scott Applewhite)

The House of Representatives were forced to stop their vote count during the swarming, with police deploying flashbangs and smoke explosives to try and stop further momentum. A video from inside the chamber shows the Senate stopping its proceedings with Oklahoma Senator James Lankford, who was interrupted by someone saying protesters are in the buildings.

The U.S. Capitol Police also evacuated two other buildings, the Library of Congress Building and the Cannon House Office Building, as a "suspicious package" was being investigated.