Police say this isn't the purse snatcher's first time. They used multiple surveillance videos, one showing his car, to bring him into custody. 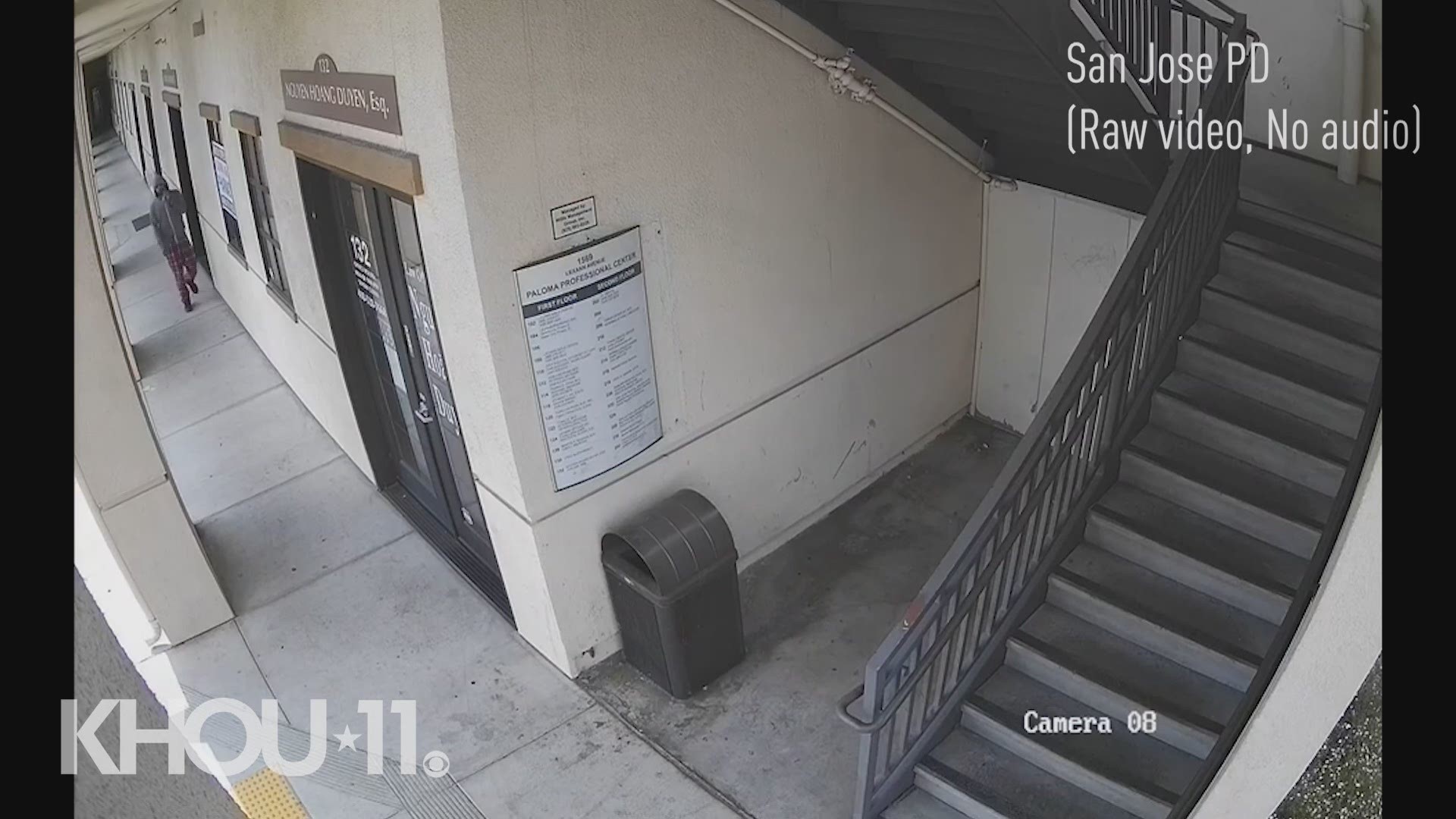 SAN JOSE, California — Dramatic video released by the San Jose Police Department shows a man dragging a mother and her young daughter down a flight of stairs last week.

The purse snatcher has been apprehended and has a history of targeting Asian women, reports to CBS San Francisco.

Surveillance video of the crime shows Pablo Cabrera pretending to be on the phone while quickly approaching the victims from behind. He grabs the mother's purse, but she doesn't let go - dragging both her and her daughter down the stairs.

Police say they used multiple surveillance videos to piece together the case. They say they tracked down the suspect via his vehicle's license plate.

“We are fortunate this predator was caught before any more members of the public were victimized,” Police Chief Eddie Garcia told CBS.