Jeremiah “Jerry” Harris was a star in the Netflix show 'Cheer,' but is now charged with felony production of child pornography. 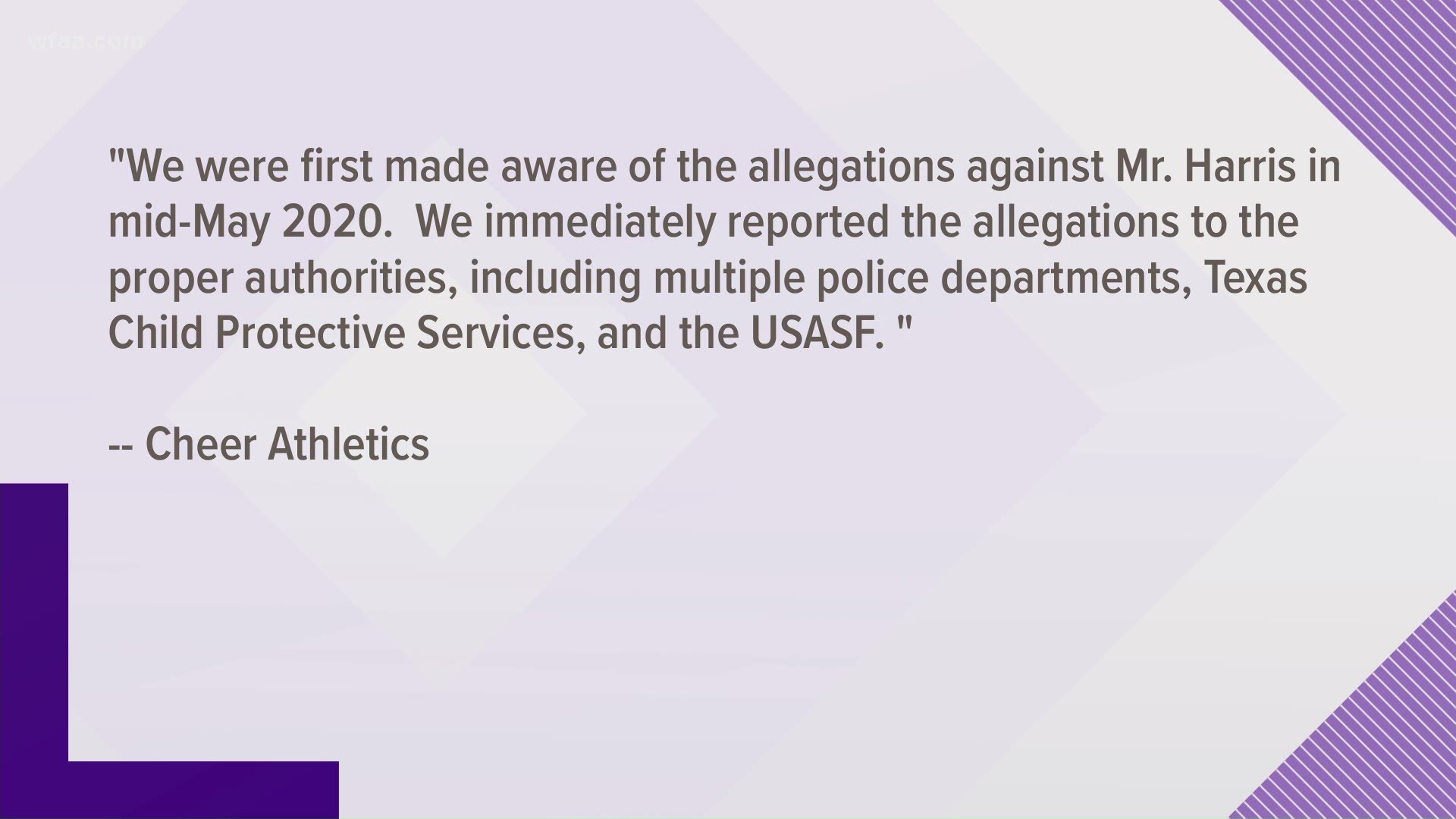 CHICAGO — Editor's note: The video above ran before Harris was charged.

The FBI has created a webpage to try to find alleged victims related to the investigation of ‘Cheer’ star Jerry Harris.

The FBI launched the webpage with a form for alleged victims to contact them. The form is for anyone who was under the age of 18 and says they were asked by Harris to send or see sexually graphic videos or photographs or to engage in sexual conduct. The FBI provided the following social media handles as those associated with Harris.

Based on your answers on the form, you may be contacted by the FBI.

The FBI is legally mandated to identify victims of federal crimes it investigates. Victims may be eligible for certain services, restitution and rights under federal and/or state law.

Harris' arrest last week came just days after twin Texas boys filed a lawsuit, alleging that the 21-year-old sent them sexually explicit photographs of himself and cornered one of them in a bathroom and begged for oral sex.

Harris was a breakout star of the Netflix documentary series that followed the cheerleading team from Navarro College in Corsicana, Texas, as it sought a national title.