White supremacist who wanted to be 'lone wolf killer' was on GPS monitoring at Capitol during riot, FBI says

Bryan Betancur is obsessed with mass shootings and has said he wanted to kill people in a church or by running them over, court records show. 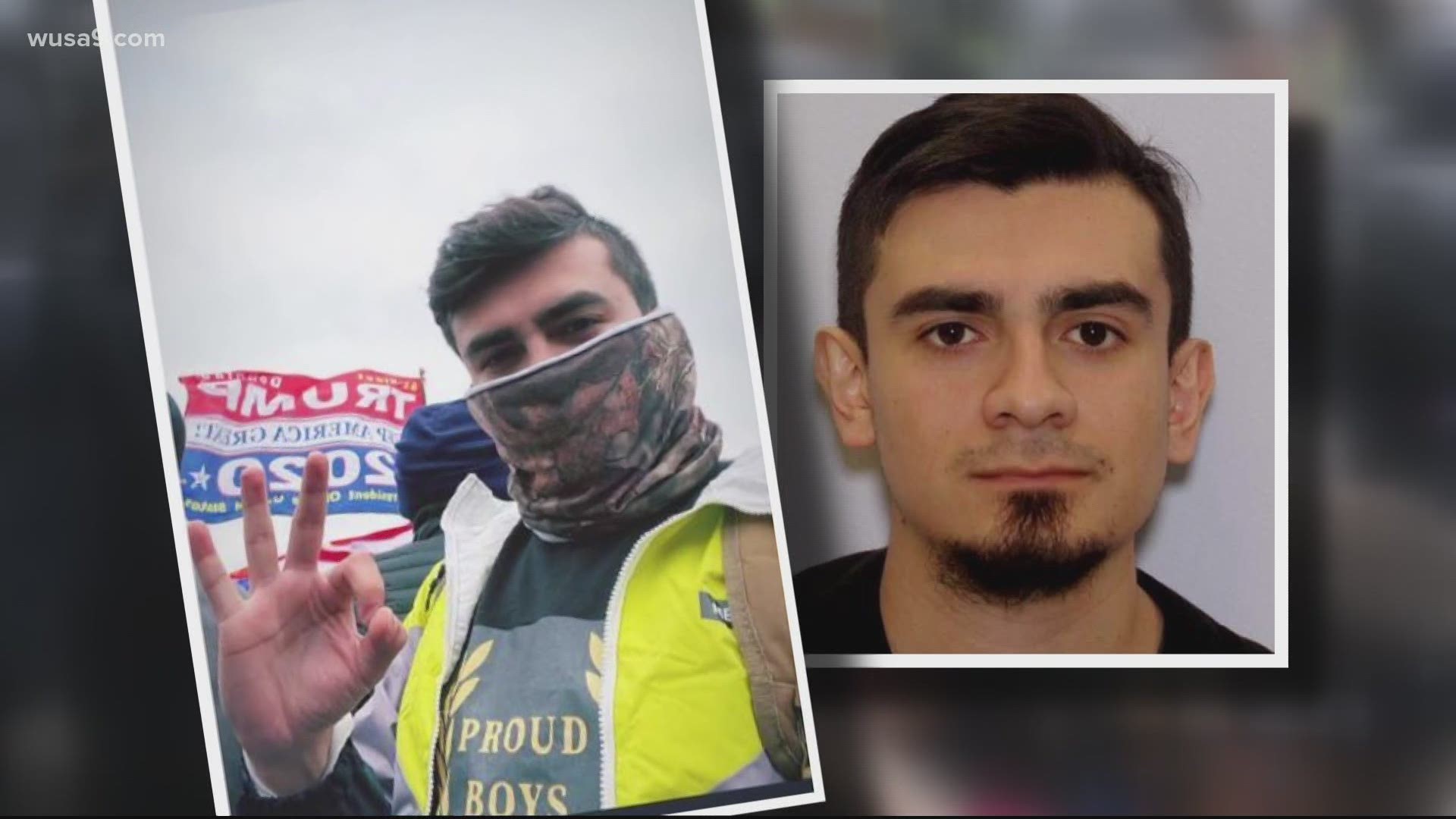 WASHINGTON — A “self-professed white supremacist” who was on GPS monitoring as a condition of probation has been arrested for participating in the insurrection at the Capitol on January 6, the Department of Justice said Sunday.

Bryan Betancur, of Silver Spring, Maryland – also known as Bryan Clooney and Maximo Clooney – was taken into custody Sunday on charges of entering a restricted building or grounds, unlawful activities on Capitol Grounds and disorderly conduct.

According to a probable cause affidavit filed in the U.S. District Court for the District of Columbia, Betancur is currently out on probation after being released following a conviction for fourth degree burglary. He lives with his mother in Silver Spring.

The affidavit describes Betancur as a self-professed white supremacist “who has made statements to law enforcement officers that he is a member of several white supremacy organizations. Betancur has voiced homicidial ideations, made comments about conducting a school shooting, and has researched mass shootings. Betancur voiced support for James Fields, the individual convicted for killing an individual with his car during protests in Charlottesville, Virginia. Betancur has stated he wanted to run people over with a vehicle and kill people in a church.”

The latest #CapitolRiot charges: The DOJ says "self-professed white supremacist" Bryan Betancur, shown below in yellow posing with a Confederate battle flag at the Capitol, was on GPS monitoring when he participated in the breach of the Capitol Building. pic.twitter.com/wwJ1UpbVbl

After being released on probation, investigators say Betancur has “continued to engage racially motivated violent extremist groups on the Internet” and has allegedly professed his desire to be a “lone wolf killer.”

Two days after the Capitol riot, the FBI received a call from Betancur’s probation officer, who said Betancur had told him he’d been inside the U.S. Capitol Building with the rioters.

The officer said Betancur had in the past been approved to travel outside of Maryland to distribute Bibles with Gideon International, and that he had been approved by a probation supervisor to travel to Washington, D.C., on Jan. 6.

The officer was able to provide GPS monitoring data to the FBI showing Betancur was in the area of the White House Ellipse – where President Donald Trump and others spoke on Jan. 6 at the “Stop the Steal” rally – before moving to the U.S. Capitol Building.

Investigators subsequently found photos on Betancur’s social media appearing to show him in a Proud Boys shirt and holding up a Confederate battle flag at the Capitol on January 6.

More than 70 people have now been charged in federal court with charges in connection to the Capitol riot, and U.S. attorneys have said even more cases are expected to be filed.

We're tracking all of the arrests, charges and investigations into the January 6 assault on the Capitol. Sign up for our Capitol Riot Newsletter here so that you never miss an update.