According to the police report, Henry confessed to smothering the children one by one, even singing to some of them as she covered their mouths and noses. 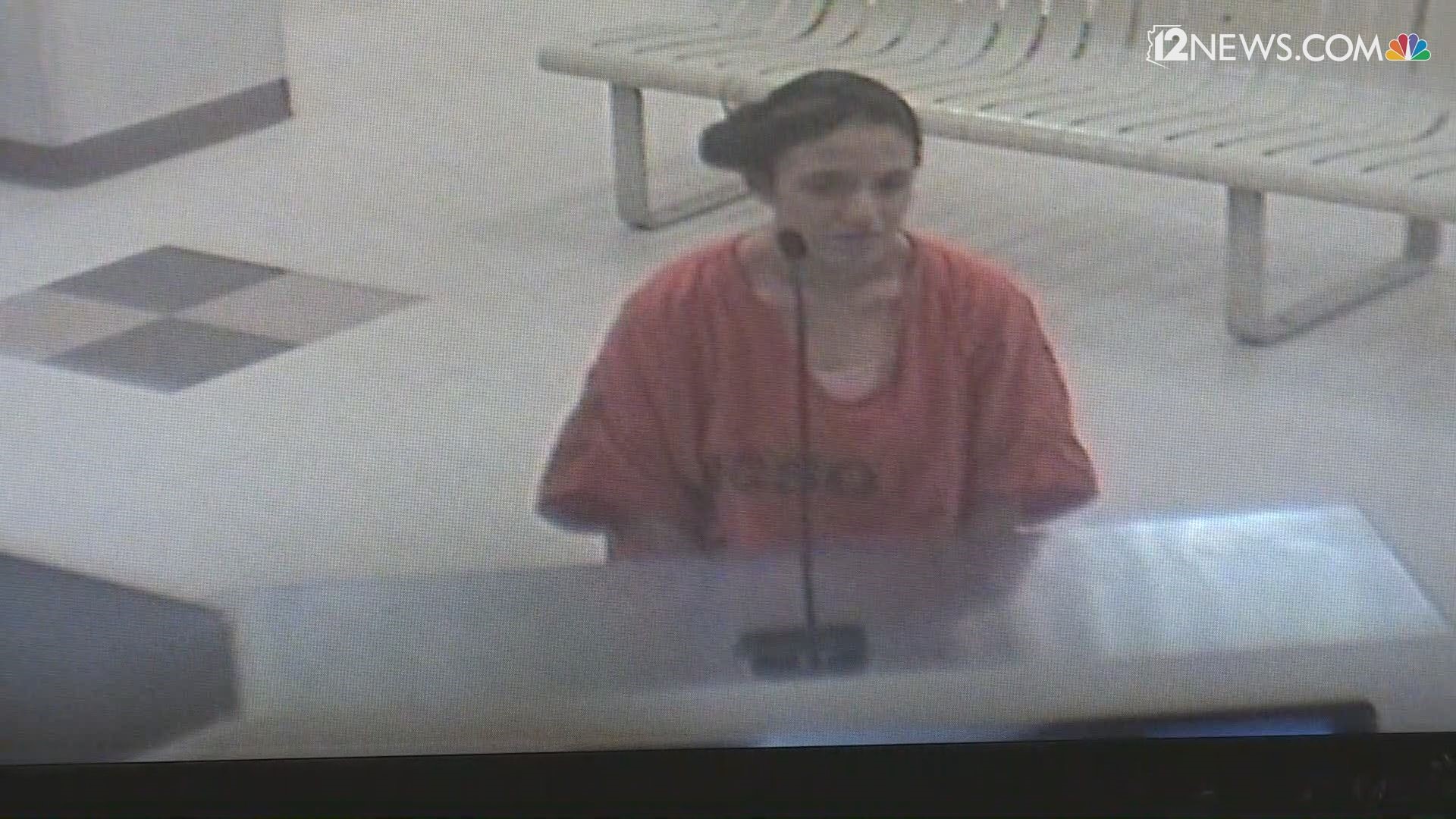 PHOENIX — Phoenix police said the mother of the three children found dead in their home on Monday has admitted to killing them and has been arrested.

Police said it was a 3-year-old boy, a 1-year-old girl and a 7-month-old girl who died near 24th Street and Southern Avenue Monday evening.

The mother was identified Tuesday as Rachel Henry, 22. She was been booked on three counts of first-degree murder. Police say Henry recently moved to Arizona from Oklahoma.

In her initial court appearance, a prosecutor said Henry had a drug addiction problem and her children had been taken from her custody before.

Her bond was set at $3 million.

According to the court paperwork, the homeowner and children's aunt said Henry had a methamphetamine addiction and had been acting strange the past several days.

Court paperwork shows the aunt went to pick up the children's father from work when Henry began smothering each child, starting with the 1-year-old girl.

The 3-year-old saw his mother suffocating the baby, yelled "no" and tried punching her in an attempt to get her to stop, the document shows.

Henry reportedly chased the 3-year-old until the aunt returned home.

Afterward, Henry would smother the boy and the 7-month-old girl one at a time, singing as she did so, the court paperwork says.

According to the document, Henry then placed the children on the couch as if they were taking a nap and did not tell the father or the aunt what had happened.

Firefighters responded to what was initially a drowning call and attempted lifesaving efforts, but the children all died at the scene.

They were found in the living room of the home near the entrance.

"We didn't have to go looking for the children," Fortune told reporters Tuesday.

Police said initially there were no obvious signs of trauma, but investigators were interviewing the mom and dad to find out how the children died.

The aunt told officers the children were sick earlier Monday night, according to police.

The fire crews that responded to the scene were sent home for the rest of the night because of the traumatic nature of the situation.

Phoenix police chief Jeri Williams said it has a dedicated unit for providing support to officers, dispatchers and other employees after cases like this, especially involving children.

"There are things we want to unsee and we can't, but at the end of the day, it is about bringing justice to those three children," Williams said.

"Thirty years ago, you would see something like this and you would get told to go on to the next call. We're starting to realize that the trauma and the things that we see on a regular basis really weighs heavily on our employees, and it's my responsibility to make sure my employees get that," she added.

Attorney Hector Diaz told 12 News that "what's next" in this case may be tough since Phoenix police say Henry confessed to doing it.

"It makes it difficult because now you've got somebody in their own words, is confessing and admitting, 'Here's what I did,'” Diaz said.

But Diaz said Henry’s confession to cops doesn't make this a cut-and-dry case.

Diaz said prosecutors will likely focus on Henry's history of drug abuse and mistreating her children.

“One of the issues that the defense attorney will run into is: Can this person assist in their own defense or are they laboring under a mental issue?” he said.

In Arizona, legal counsel can request a mental health hearing in hopes of determining why something like this could happen.

”It really takes time in terms of looking at her mental health and looking at her history, and so it's a possibility. But does that mean she goes scott-free? No, she still is going to be held accountable, but it's different under those rules, those guilty-but-insane statutes," Diaz said.

Diaz said that if she is in fact confessing to killing her young kids, then the next step is for prosecutors to figure out why.

”Why did it happen? And part of that is to allow the county to make a determination on whether or not they'll seek the death penalty,” he said.