Happy Wade jumped into action when he saw the wild animal clawing and biting at his wife, Kristi. Both are currently being treated for rabies. 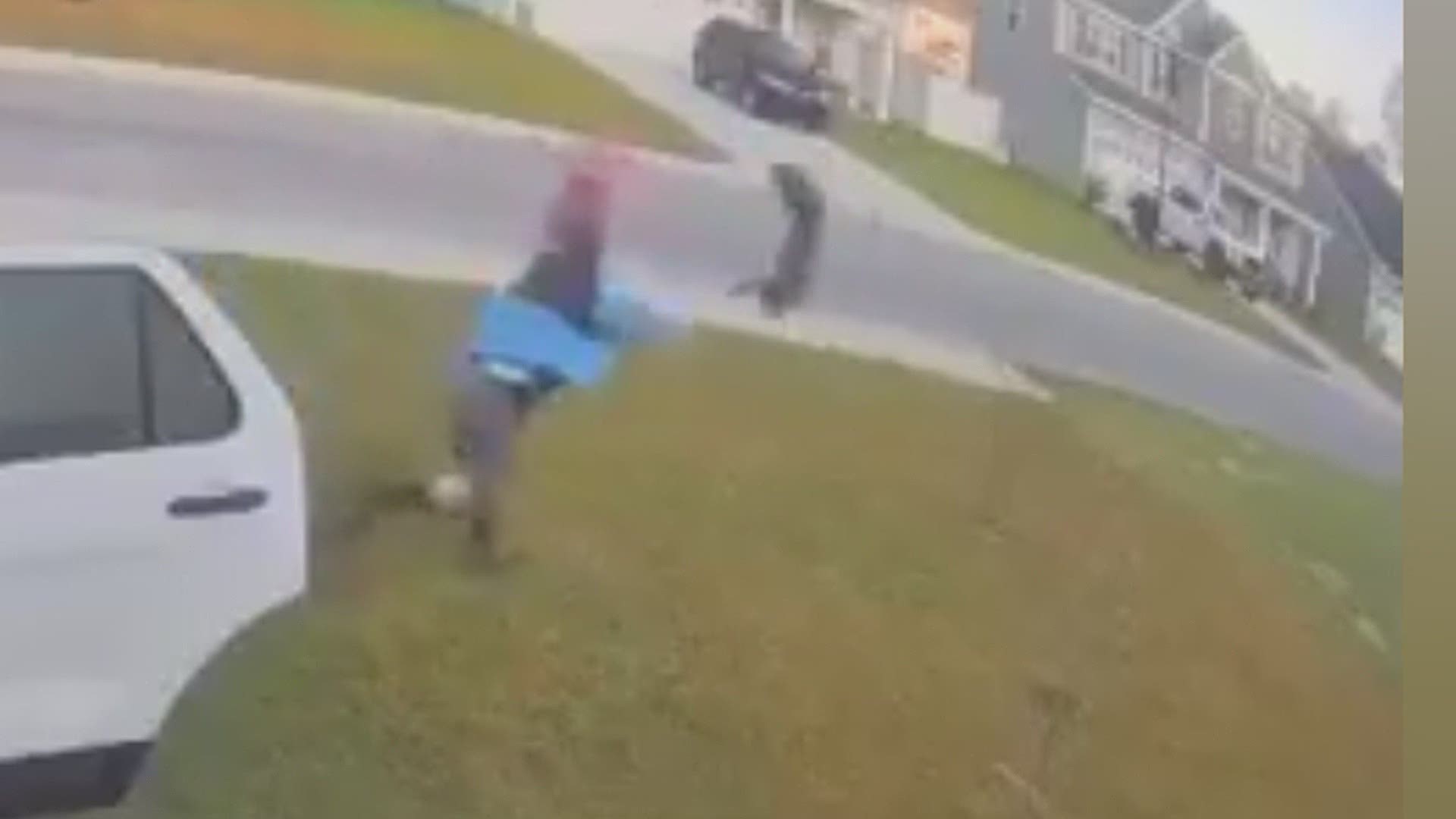 BURGAW, N.C. — A North Carolina couple survived a terrifying encounter with a rabid bobcat that attacked them right outside their front door— and it was all caught on camera.

A vicious growl can be heard before Kristi Wade screams at her husband, Happy, to run. It's a video that has racked up millions of views on social media.

The husband and wife said they started their day off like any other as they stepped outside into their quiet Burgaw neighborhood.

"We were taking our senior cat to the veterinarian, and my husband walked out before I did with a cup of coffee and some treats for the vet," Krist said.

Kristi said she walked out shortly after and heard a growl beside one of the couple's vehicles in the driveway.

The Wades said the wild animal ran from across the street at a neighbor's house and up into their driveway when the attack happened.

"It first attacked my hand, that I held behind me to try to fend it off, and then I felt it crawl up my back," Kristi said.

Happy, hearing his wife's cries, jumped into action as the bobcat tried to bite Kristi's neck.

"I kind of shoved my arm in there, that's why I ended up with it face-to-face, and it's not really until I get it a few steps away that I look at it and I realize it's a bobcat and I say oh my god it's a bobcat," Happy said.

He tried to carry the bobcat away from the home and was bit several times.

Yes, he threw it.

Instead of fleeing into the nearby woods, the animal ran back toward th house and into the garage. Happy said he could tell something was wrong.

"I knew because of the way it acted that this is not normal behavior for a bobcat. Only a bobcat that was rabid would do this," Happy said.

While neighbors reached out to 9-1-1, Happy decided to shoot the animal. He shot it in the shoulder.

According to local news, the animal was spent to a state lab in Raleigh for testing and came back positive for rabies. The couple is now being treated for the virus.

Kristi and Happy have several pets, including two cats and a dog, that are all rescue animals.

The couple said they love animals and didn't want to see the bobcat die. However, it's an experience they won't soon forget.

"It was very scary," Kristi said. "It makes me think a little bit when I walk out my front door to water my flowers on my porch. Never have thought about it, probably shouldn't anymore, you know this was a freak thing."