Hope Aloaye created a Facebook group to invite women all over the world to celebrate the first woman elected as Vice President of the United States. 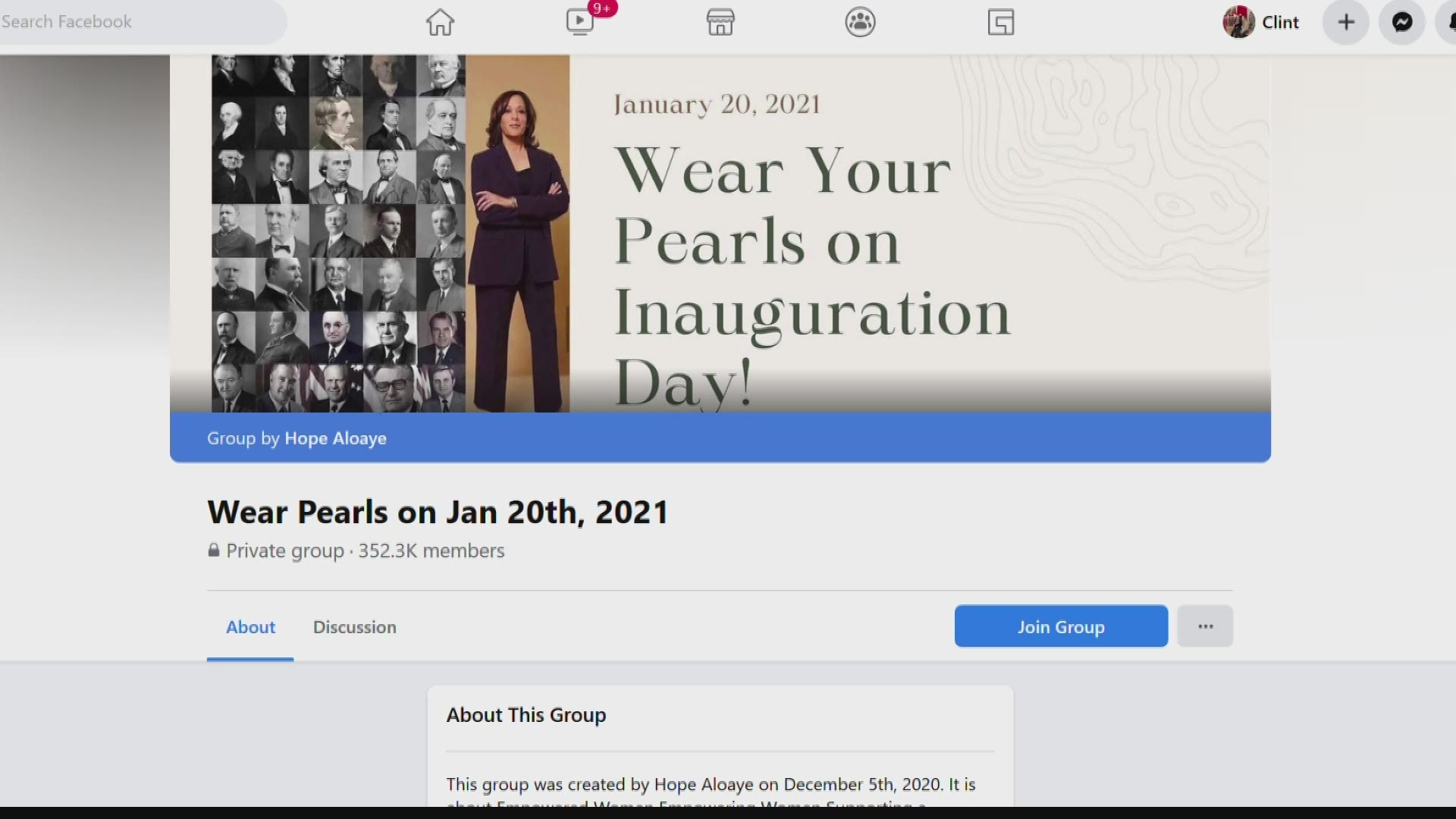 WASHINGTON — "My first thought was, 'It’s about time,'" said Hope Aloaye, speaking of the moment she learned Kamala Harris would become the next vice president of the United States.

"Second thought was, 'She made it. She made it,'" added Aloaye, who lives in Florida and spent 26 years in the United States Navy.

Aloaye said she wanted to celebrate the milestone with other women, so she created a Facebook group called "Wear Pearls on Jan 20th, 2021," encouraging other women to watch the inauguration while wearing pearls.

"I picked the pearl because it's unique. It comes in all shapes and sizes, just like women," Aloaye said.

Vice President-elect Harris is often seen wearing pearls — a nod to her sorority Alpha Kappa Alpha, whose founders and incorporators are referred to as the "Twenty Pearls."

Credit: AP
FILE - In this Tuesday, Nov. 24, 2020 file photo, Vice President-elect Kamala Harris speaks as she and President-elect Joe Biden introduce their nominees and appointees to key national security and foreign policy posts at The Queen theater, in Wilmington, Del. Vice President-elect Kamala Harris will be sworn in by Justice Sonia Sotomayor on Wednesday, Jan. 20, 2021, a history-making event in which the first Black, South Asian and female vice president will take her oath of office from the first Latina justice. (AP Photo/Carolyn Kaster, File)

"When we talk about glass ceilings, we're still trying to break, them and she broke the second highest glass ceiling in the United States," Aloaye said.

Within a month, the Facebook group had more than 350,000 members from across the country and internationally.

"I wanted something that could tie all women together," Aloaye said.

"I got some invitations from friends and joined it," said Courtney Culver, who lives in Carmel.

Culver will be one of the thousands watching with her pearls on, celebrating the new president and vice president.

"It's so exciting for me to see representation as a vice president as a woman, but oh my gosh, a lot of the women in this group are women of color. I think it's incredibly important for women of color, especially, to see themselves represented in leadership like this," Culver said.

So what happens to the group after Jan. 20?  Aloaye said she plans to keep it going.

The mentorship program would be for young women, who will soon be able to look at the vice president and say, "Someday, that could be me."

"It's achievable for you to become vice president of the United States as a woman," Aloaye said.