A Facebook video of a man climbing a flag pole at the Navy SEAL monument in Virginia Beach has commanded major attention and respect on social media. 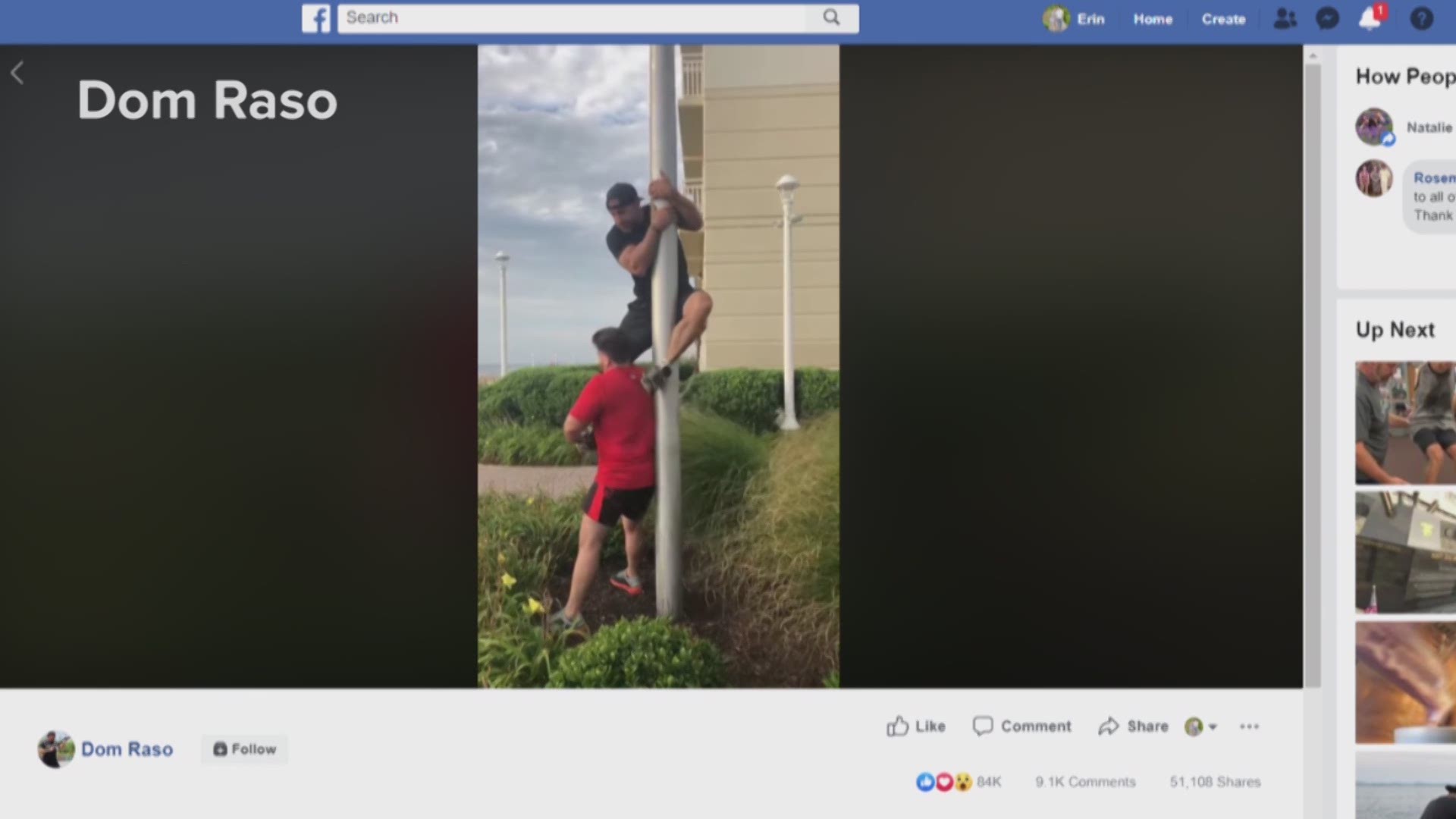 VIRGINIA BEACH, Va. — It's the ultimate sign of respect caught on camera that's wowed the hearts of thousands online and around Hampton Roads.

As Navy SEAL Dom Raso was taking a morning run at the Oceanfront, he spotted the American flag at the Navy SEAL monument out of place and broken off the flag pole.

In a Facebook post, he notes that he tried three times to climb up the pole to correct the flag with no success. But he didn't give up.

On his fourth attempt and with the help of a friend, you see Raso make the climb, stopping to take breaks and correct himself, then pulling himself all the way up. He then grabs the flag, ties it back onto the pole and makes his way down safely.

Raso said in the post, "I couldn't go by this flag this morning and not give it everything I had. The gold stars on this monument and the sacrifice that has been made for all us was something I wasn’t just going to pass by. This flag pole climb reminded me about EVERYTHING in life."