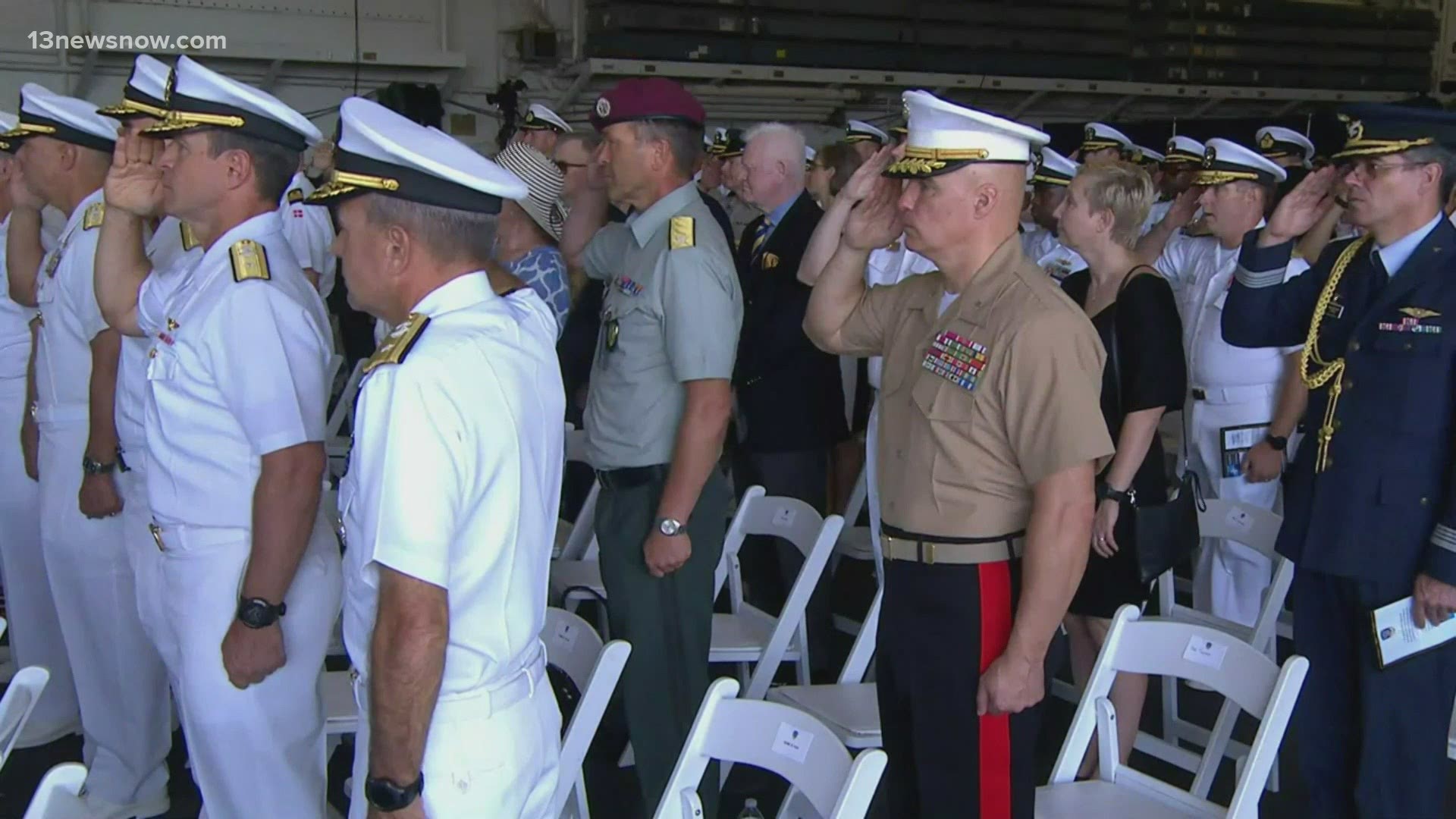 NORFOLK, Va. — It is being called the first change in NATO strategy in more than 50 years.

Joint Force Command Norfolk is being established as the 30-nation alliance's only operational command in North America, in response to the rising Russian threat, following the collapse of the Soviet Union and the end of the Cold War.

Its arrival coincides with the United States Navy re-establishing the 2nd Fleet, as the Department of Defense recalculated its strategy in this hemisphere because of Russia's increased activity in the North Atlantic.

"No one nation can face today's challenges alone," said Vice Admiral Andrew "Woody" Lewis, Jr, commander of US Second Fleet, during a ceremony aboard the USS Kearsarge at Naval Station Norfolk.

Lewis continued: "Standing up JFC Norfolk demonstrates the dedication of both sides of the Atlantic to the security and stability of the Euro-Atlantic area."

The command's mission: to increase security in the North Atlantic, from the Caribbean to the Arctic.

The Chairman of the Joint Chiefs of Staff offered a stern warning.

As NATO Joint Force Command Norfolk is declared fully operational, Joint Chiefs of Staff Chair Gen. Mark Milley says, "Any adversary that seeks to challenge the United States military's resolve will do well to respect this military and our alliance in NATO." @13NewsNow pic.twitter.com/1vGS7h3lsP

"And the United States is still the most powerful and capable military in the world," he continued. "We are ready now. Those who think we are not are mistaken. And any adversary that seeks to challenge the United States military's resolve will do well to respect this military and our alliance in NATO."

NATO is believed to have 3.5 million troops and civilian personnel.

NATO invoked the collective defense Article 5 provision for the first time in its history after the 9/11 terrorist attacks on the United States.