A Phoenix family was asleep when they heard someone pounding on their door and ringing the doorbell several times. 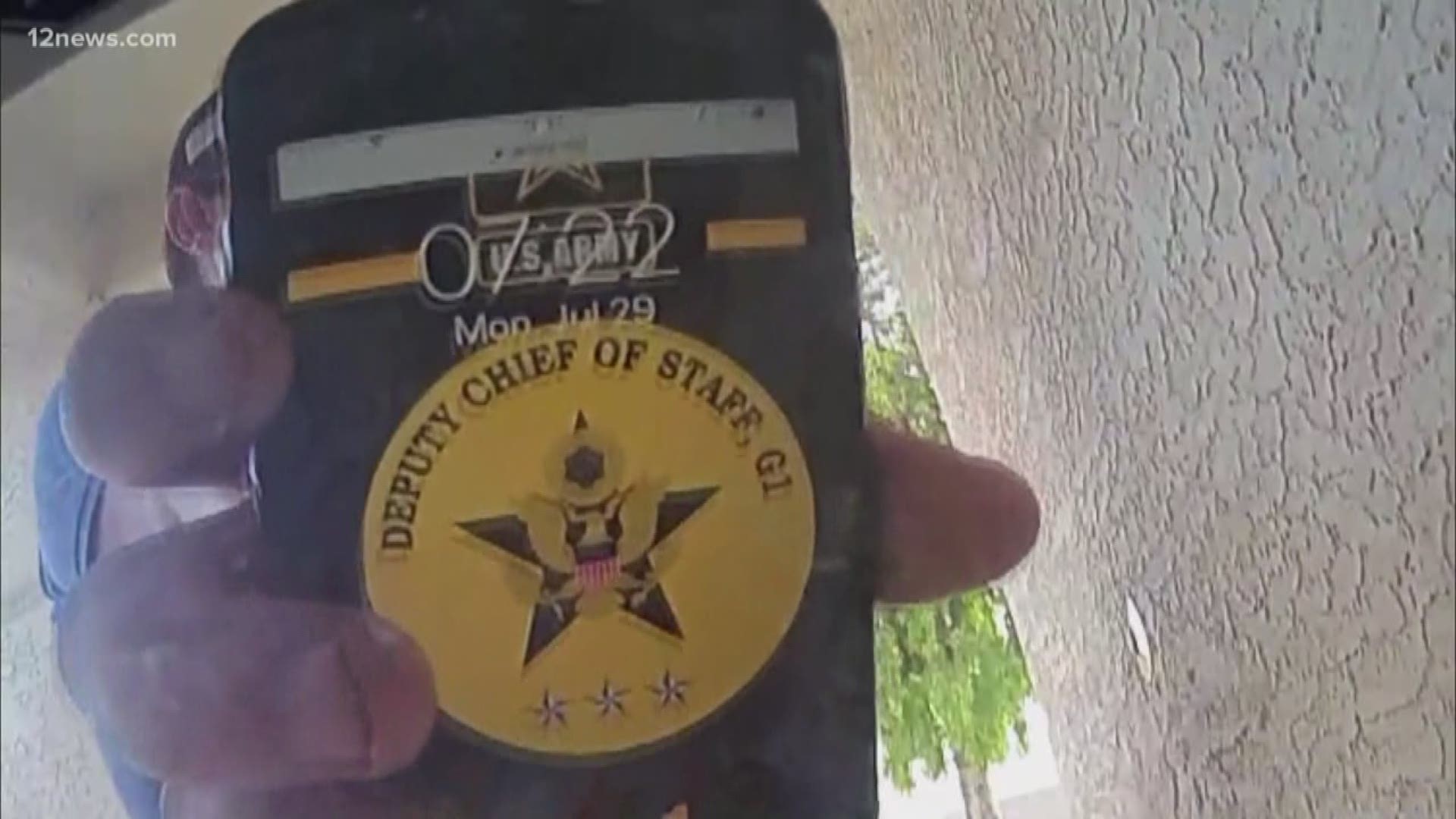 PHOENIX - A Phoenix family is still shaken up after they say a man came up to their door, told them he was with U.S. Immigration and Customs Enforcement and demanded they open up.

On the phone appears a wallpaper of a seal stating “Deputy Chief of Staff G-1,” which, according to a quick Google search, is an office responsible for the development, management and execution of personnel plans throughout the U.S. Army.

It automatically looked suspicious to the resident.

He called Phoenix police instead.

Police said because the man in the security video doesn’t identify himself verbally as ICE, and the “badge” he shows also doesn’t say it, the man didn’t technically commit a crime.

But officers still took a report.

ICE routinely sees cases of people impersonating federal agents. The agency warns everyone that if someone claims they’re with law enforcement and asks for money to help with your legal issues, it’s a scam.

Meanwhile, the man who went through this frightening encounter says he just wants others to be aware. He doesn’t want to think about what would have happened had they let him in.

“What if this happened to a house where a teenager lives, who has no experience? I believe she would open up the door. He might rape her and kill her. We don’t know.”

If you encounter someone impersonating an ICE agent, you can submit a tip by calling 866-347-2423 or filling out this online form.