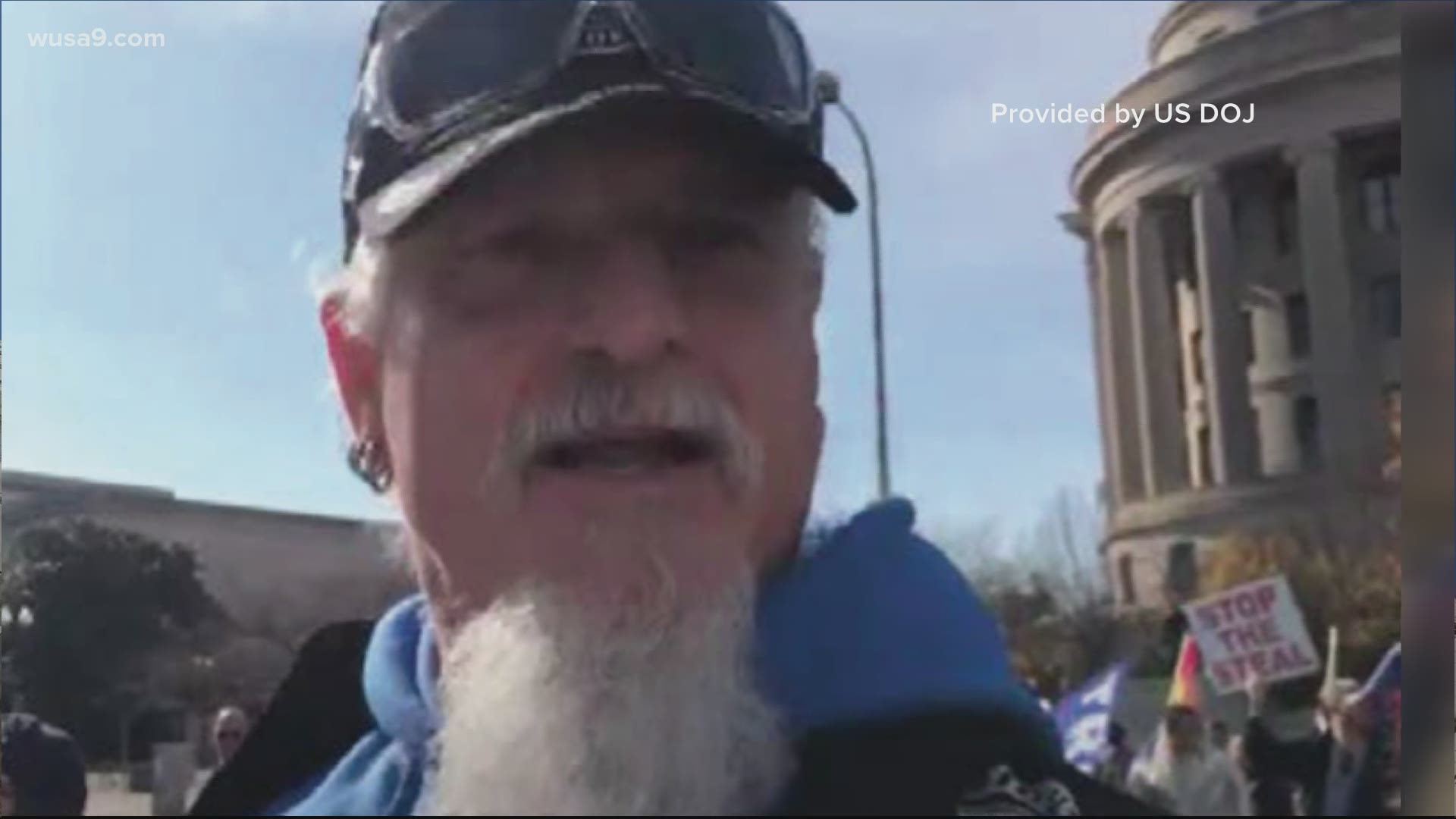 WASHINGTON — Oath Keeper and heavy metal guitarist Jon Schaffer entered a plea of guilty on two charges Friday, becoming the first person charged in the Capitol riot to plead in the case.

Schaffer pleaded guilty to obstruction of an official proceeding and entering and remaining in a restricted building with a deadly or dangerous weapon – both felony counts that could carry up to 20 years in prison.

Schaffer was charged in January with six counts, including engaging in an act of physical violence in a Capitol building. He’s one of a number of rioters accused of assaulting police with bear spray on January 6.

The original complaint against #JonSchaffer had six counts, including engaging in an act of physical violence in a Capitol building. He's one of a number of #CapitolRiot defendants accused of assaulting police with bear spray. pic.twitter.com/f4uukGTBsV

While other defendants in the case have signaled their interest in a deal – notably Proud Boy Dominic Pezzola – Schaffer becomes the first of more than 400 defendants to plead guilty in court. The Justice Department told the court it was in “advanced negotiations” with Schaffer earlier this month in a filing that was intended to be sealed but inadvertently posted publicly.

On Friday, Schaffer appeared before U.S. District Court Judge Amit P. Mehta in an unannounced hearing to enter his plea. Before accepting it, Mehta made clear that Schaffer could lose constitutional rights, including the rights to vote and own firearms, by pleading to federal felony charges.

"Are you pleading guilty, Mr. Schaffer, because you are in fact guilty, sir?" Mehta asked.

Schaffer’s cooperation may be of particular interest to the government because of his involvement with the Oath Keepers militia group. Images of Schaffer during the riot show him wearing an “Oath Keepers lifetime member” hat.

The government’s largest case to date in the Capitol riot investigation involves 12 alleged Oath Keepers indicted on charges they conspired to recruit and train militia members to travel to D.C. for the purpose of disrupting the joint session of Congress on January 6. Earlier this month, a federal grand jury added two members of a security detail for Roger Stone, a longtime confidante of former President Donald Trump, to the indictment.

In asking for lenient release conditions, Shaffer's lawyer pointed out that his client has been cooperative with the government since he first learned he might be a suspect in the Capitol riot.

“He is the first individual to come forward in this historic prosecution and accept responsibility for his role in the Capitol riot," his attorney said.

With no objections from the government, Mehta agreed to allow Schaffer to be released from the courthouse on Friday under the following conditions:

Sentencing in the case was delayed for 60 days.