Petito was on a cross-country trip with her fiance', Brian Laundrie, when she disappeared. 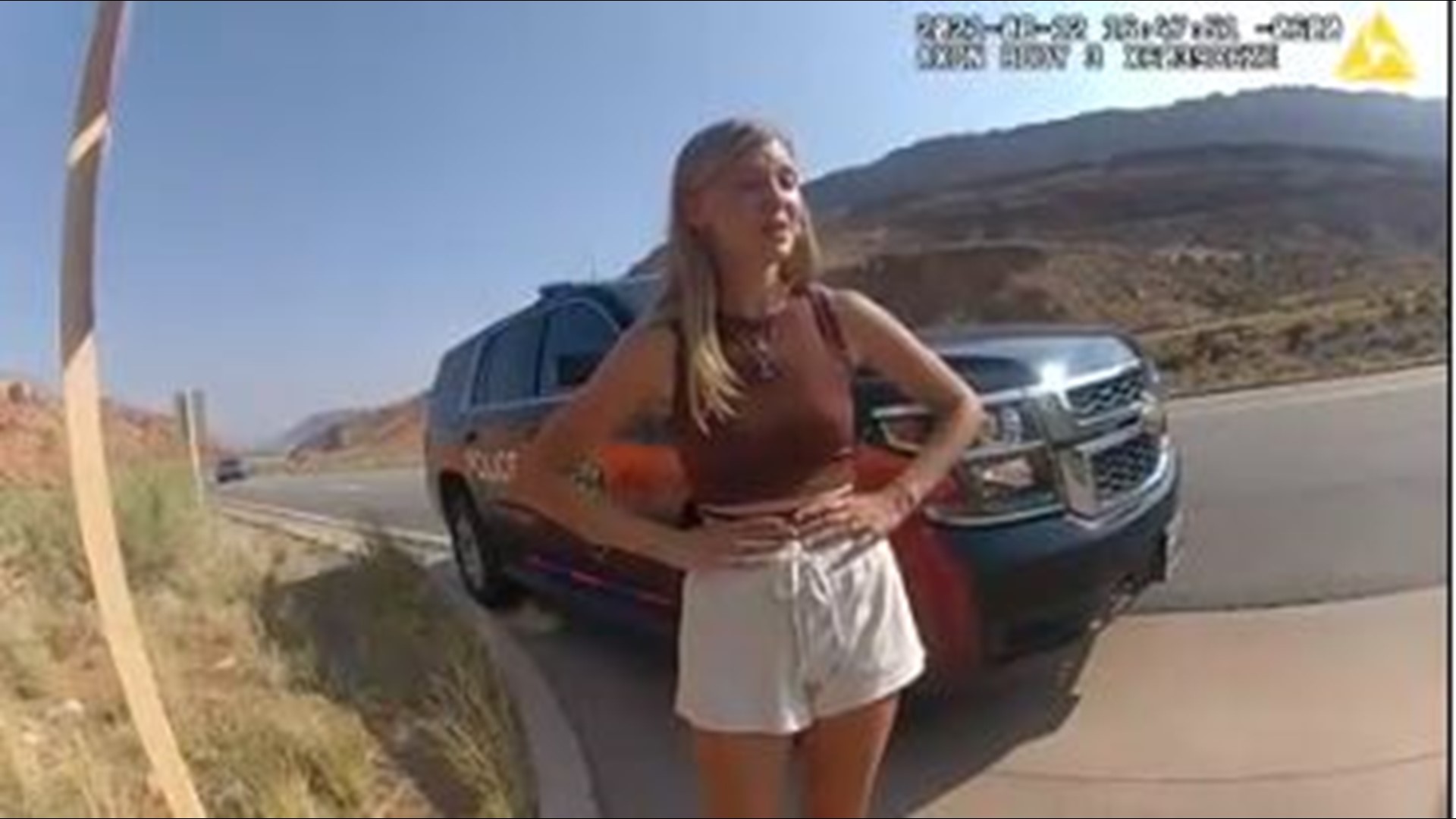 ST. PETERSBURG, Fla. — A Florida police chief says they haven't begun a physical search for Gabby Petito out West because they don't know where to begin.

Police video from Moab, Utah, shows the 22-year-old argued with her boyfriend Brian Laundrie on Aug. 12 near Arches National Park.

Officers tried to help them work it out after an emotional fight.

The couple was living in a converted camper van during their cross-country journey. Laundrie returned alone to Florida with the van and has not cooperated with investigators.

Police say Laundrie is a “person of interest” in her case and has not been charged.