Overall, Zoom now has more than 300 million daily participants attending a meeting held on its service, up from 10 million five months ago. 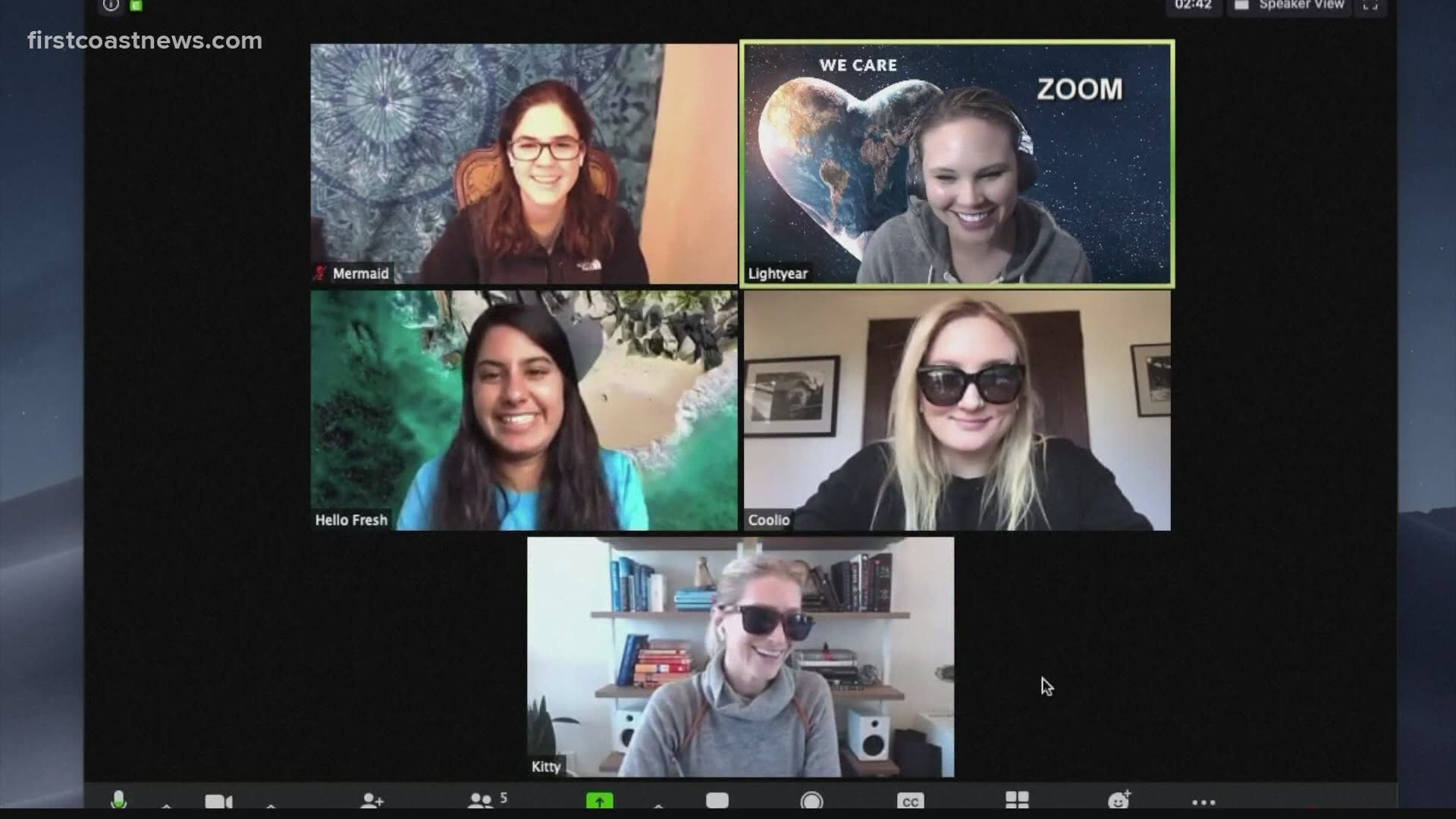 SAN RAMON, Calif — Zoom Video Communications is rapidly emerging as the latest internet gold mine as millions of people flock to its conferencing service to see colleagues, friends and family while tethered to their homes during the pandemic.

Tuesday's release of the once-obscure company's financial results for the February-April period provided a window into the astronomical growth that has turned it into a Wall Street star.

Zoom's revenue for its fiscal first-quarter more than doubled from the same time last year to $328 million, resulting a profit of $27 million — up from just $198,000 a year ago.

The numbers exceeded analysts’ already heightened expectations, providing another lift to a rocketing stock that has more than tripled in price so far this year while the benchmark Standard & Poor's 500 index has fallen 5%.

RELATED: Home internet jammed up? Try these steps before upgrading

After a big run-up leading up to Tuesday's highly anticipated announcement, Zoom's stock initially rose even higher in extended trading. But it abruptly reversed course and fell more than 3% after company executives acknowledged during a video discussion that some of its newfound users might depart during the second half of the year if health worries caused by the novel corornavirus dissipate.

Even if the shares trade in similar fashion during Wednesday's regular session, the stock will still be hovering around $200 — more than five times the company's initial public offering price of $36 less than 14 months ago.

The surge left Zoom with a market value of about $59 billion through Tuesday — greater than the combined market values of the four largest U.S. airlines, which have seen their businesses hammered by the coronavirus outbreak that has dramatically curtailed travel.

“Videoconferencing is going to become a mainstream service," predicted Zoom CEO Eric Yuan, who co-founded the company nine years ago. He made the remarks during the video conference that at one point attracted more than 3,000 participants, a reflection of the intense interest in the company and its hot stock.

Credit: AP
FILE - In this April 23, 2020 file photo, members of the Vermont House of Representatives convene in a Zoom video conference for its first full parliamentary online session in Montpelier, Vt. Zoom Video Communications is rapidly emerging as the latest internet gold mine as millions of people flock to its conferencing service to see colleagues, friends and family while tethered to their homes during the pandemic. The release Tuesday, June 2, 2020 of the once-obscure company's financial results for the February-April period provided a window into the astronomical growth that has turned it into a Wall Street star. (Wilson Ring/Zoom via AP, File)

In a sign that the company still expects phenomenal growth in the months ahead, Zoom forecast revenue of roughly $500 million for its current quarter ending in July, more than quadrupling from the same time last year. For its full fiscal year, Zoom now expects revenue of about $1.8 billion, nearly tripling in a year.

Zoom’s boom has come despite privacy and security problems that enabled outsiders to make uninvited — and sometimes crude — appearances during other people’s video conferences.

Overall, Zoom now has more than 300 million daily participants attending a meeting held on its service, up from 10 million five months ago. Those numbers include people who join multiple Zoom meetings during the same day, something that has been happening more recently in recent months.

But the once-weak privacy controls also helped make Zoom extremely easy to use, one of the reasons it became such a popular way to hold online classes, business meetings and virtual cocktail hours after most of the U.S. began ordering people to stay at home in effort to reduce the spread of the coronavirus that causes COVID-19.

Zoom also offers a free version of its service, another factor in its popularity at a time when about 40 million people in the U.S. have lost their jobs since mid-March, raising the specter of the worst economic downturn since the Great Depression of the 1930s.

The San Jose, California, company has always made most of its money from companies that subscribe to a more sophisticated version of its service that traditionally has been used for business meetings among employees working in offices far apart from each other.

But the pandemic-driven shutdown turned Zoom into a tool for employees who once worked alongside each other, but have been doing their jobs from home during the past few months.

Zoom ended April with 265,400 corporate customers with at least 10 employees, more than quadrupling from the same time last year. About 30% of the company's revenue in the most recent quarter came from users with fewer than 10 employees, up from 20% in the November-January period.

Although Zoom remains focused on servicing its corporate customers, Yuan is hoping to figure out ways to make money from the all the socializing and learning that is happening on the service, too. Some analysts have speculated that eventually may involve showing ads on the free version of Zoom, although the company hasn’t given any indication it will do that. “There are a lot of opportunities ahead of us," Yuan said in Tuesday's video conference without elaborating.

If it hopes to continue to expand, Zoom also will also will likely have to do a better job of protecting the privacy of its video conferences. To help achieve that goal, Yuan has been consulting since April with Alex Stamos, a highly respected online security expert who previously worked at Yahoo and Facebook. Both those companies encountered their only security and privacy problems, too.

Zoom’s success is also drawing stiffer competition from much larger companies, including Microsoft, Google and Facebook.