Oregon says it is preparing for a 'mass fatality event.' The air pollution from the smoke up and down the coast is among the worst in the world. 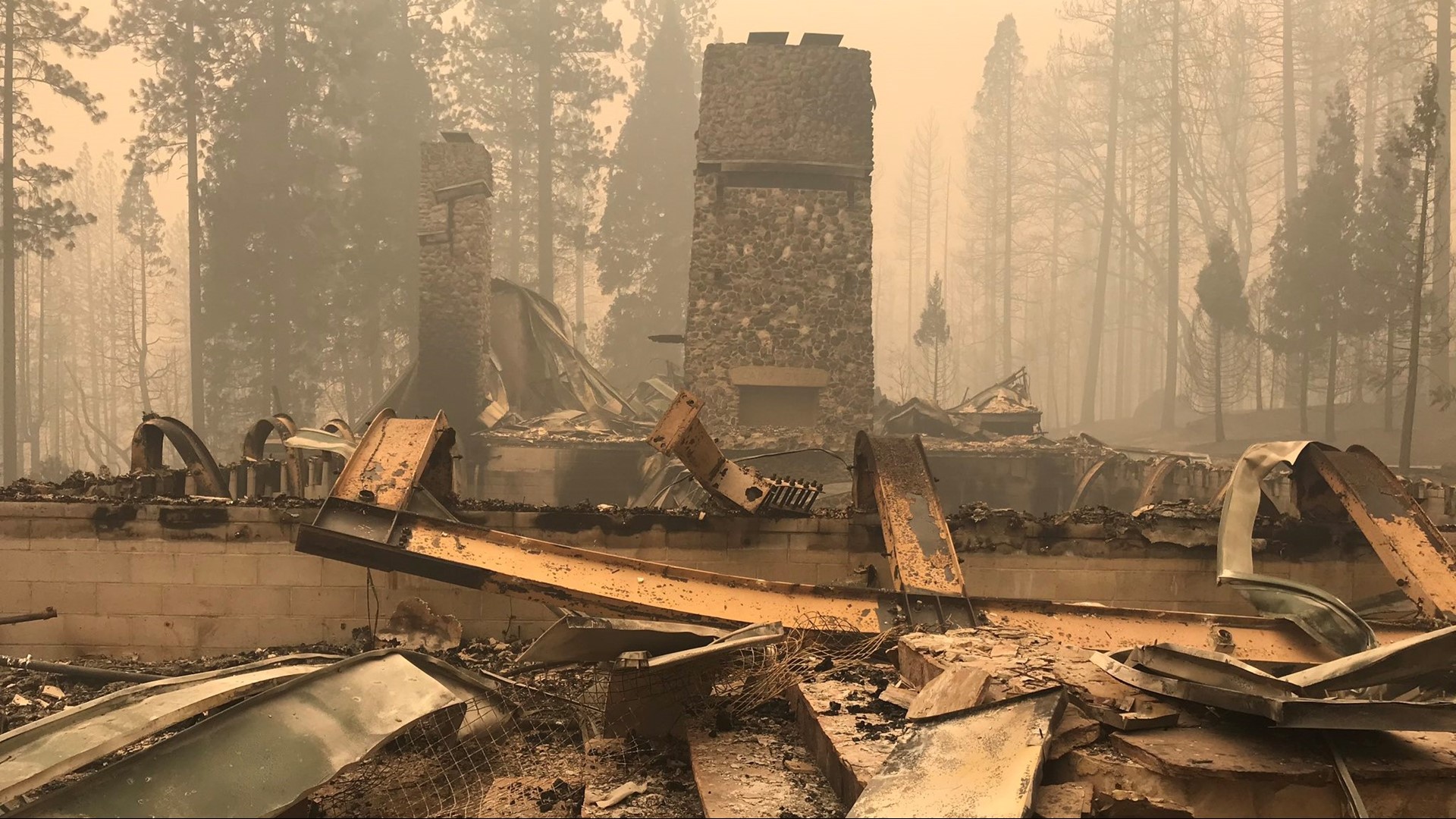 Thirty-one people have died in wildfires in California, Washington and Oregon, and dozens are missing. Wildfires raging up and down the West Coast have left entire towns destroyed or evacuated, and smoke that has resulted in some of the worst air pollution in the world.

The known death toll from fires in the three states was expected to rise sharply. Most of the deaths were in California and Oregon.

Diminishing winds and rising humidity helped firefighters battling the blazes, but with those still unaccounted for, California and Oregon authorities feared that the receding flames could reveal many more dead across the blackened landscape.

Here is a look at the latest this weekend.

A 500-acre California camp for kids impacted by childhood cancer was destroyed in the North Complex Fire, a board member confirmed.

Camp Okizu has been in the Berry Creek area for about 20 years. Staffers hadn't had the chance to see the damage in person Saturday.

Former campers and volunteers say this was their happiest place on earth and that Disneyland didn't even come close.

"I think that it really hasn't set in that it's gone," said Jenna Linehan, a former volunteer. "It's weird to even say that out loud, that Okizu is gone."

West Coast air quality the worst in the world

Smoke pollution from wildfires raging in California and across the Pacific Northwest worsened in San Francisco, Seattle and Portland, Oregon, on Friday, giving those cities and others in the region some of the world’s worst air quality.

As of 9 p.m., San Francisco and San Diego had air quality labeled as unhealthy. It was considered very unhealthy in Seattle and Sacramento. In Oregon, Portland's air quality was deemed hazardous. Three hours southeast of Portland in Bend, Oregon, the air quality was so poor it fell off the index.

Public health officials warned residents to keep indoors with the windows shut, set air conditioners to run on recirculated air instead of fresh, and use air purifiers if they had them. Meanwhile, they wrestled with whether to open “smoke shelters” for homeless people or others lacking access to clean air amid the COVID-19 pandemic and concerns about herding people indoors.

The smoke was expected to linger through the weekend. 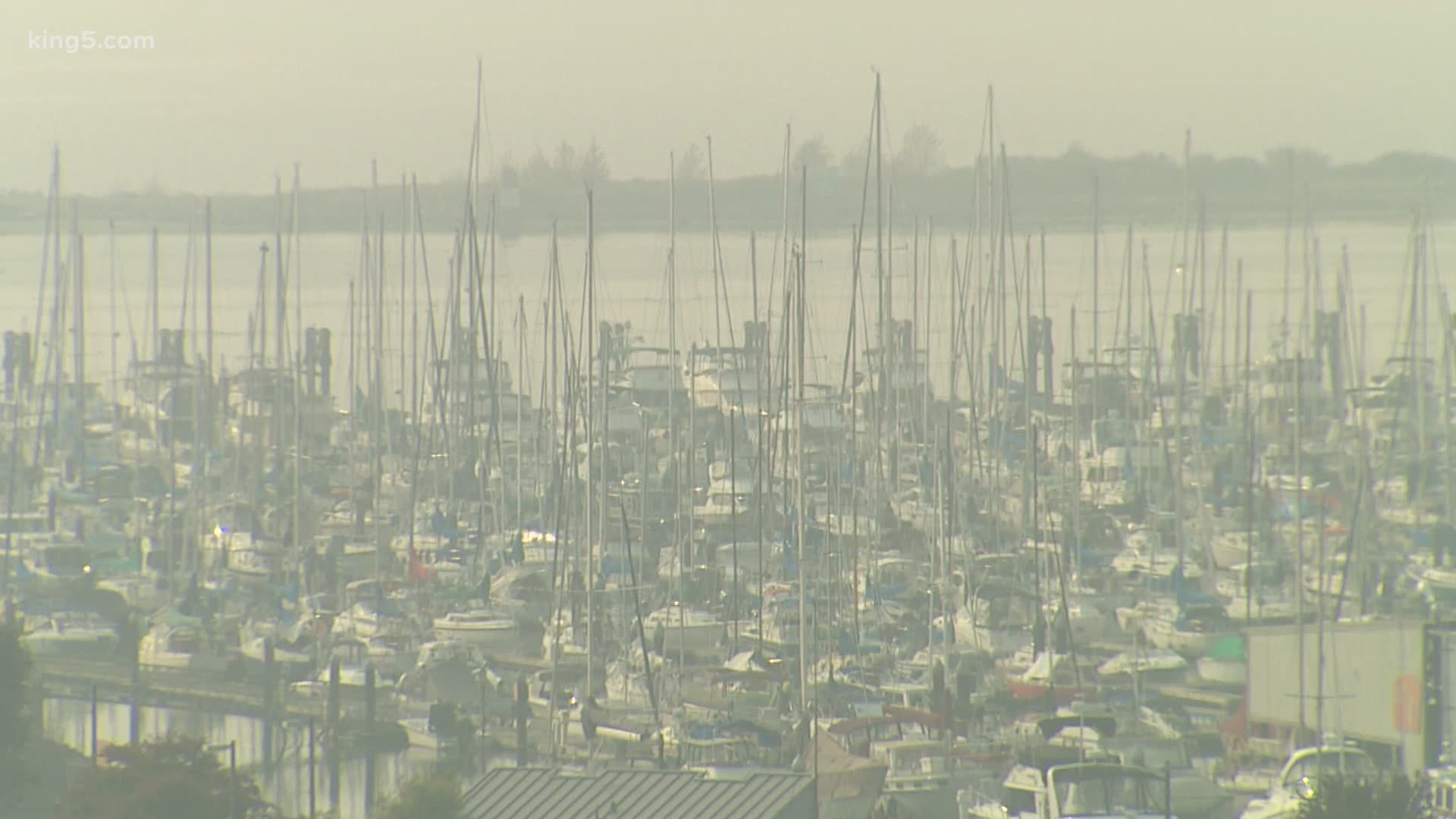 "There's just so much smoke out there. There's a lot of smoke still out over the ocean so it's just really hard to predict at this point when it's going to end," Puget Sound Clean Air Agency forecaster Joel Creswell said.

Credit: airnow.gov
A look at air quality in San Francisco, Seattle, Portland, OR and Bend, OR at 9 p.m. on Sept. 11, 2020, as wildfire raged up and down the West Coast.

A change in the weather — with winds easing and humidity rising — has helped firefighters battling massive blazes in Oregon that have taken a deadly toll from one end of the state to the other.

Gov. Kate Brown said Friday that dozens of people were still missing and tens of thousands had been forced to flee their homes. The state’s emergency management director, Andrew Phelps, said officials are “preparing for a mass fatality event” and thousands of structures have been destroyed. 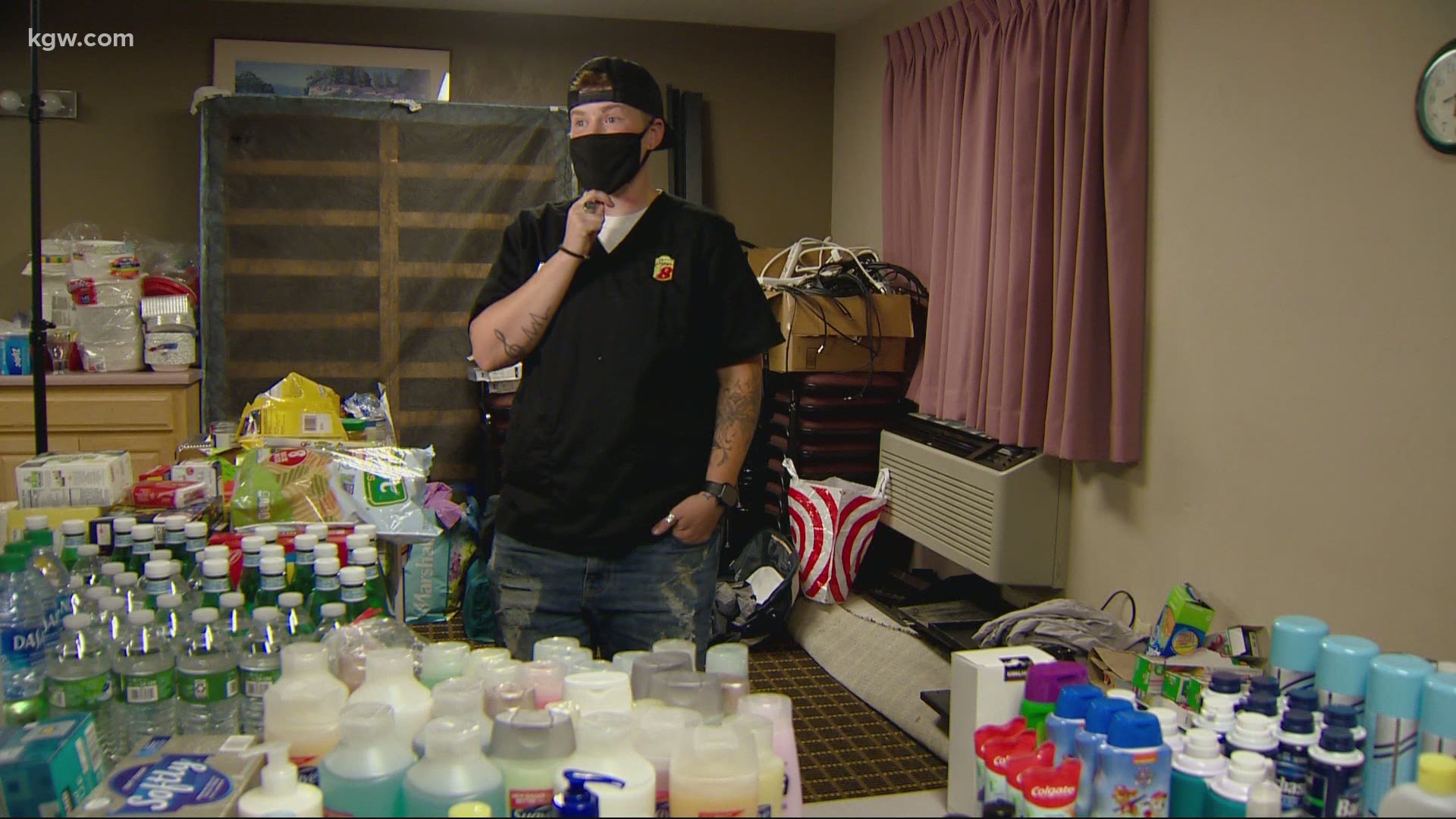 Oregon officials haven’t released an exact death count but at least eight fatalities have been reported. 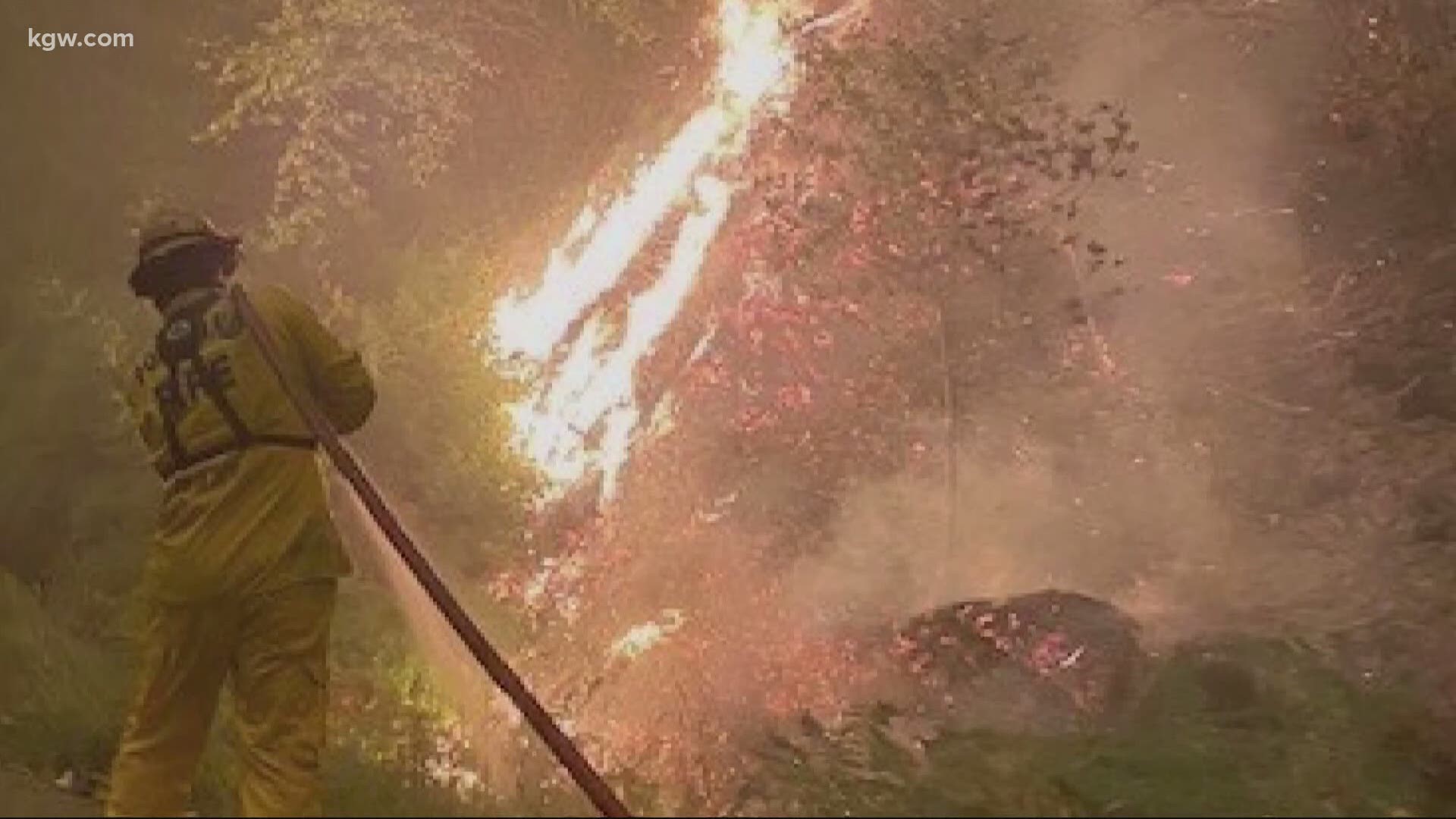 A Northern California wildfire that destroyed a foothill hamlet has become the state’s deadliest blaze of the year with nine people confirmed dead, including a 16-year-old boy. Nineteen people are unaccounted for.

Authorities say the North Complex fire near the small city of Oroville that exploded in wind-driven flames earlier in the week was advancing more slowly Friday after the winds eased and smoke from the blaze shaded the area and lowered the temperature, allowing firefighters to make progress. That was a change from the hot weather and gusty winds that two days earlier sent flames exploding through foothills northeast of San Francisco, destroying at least 2,000 buildings.

2020 has already shattered California records for the most area burned — more land than the state of Connecticut — and recorded the largest fire of all time in the state. Five of the top 10 biggest blazes in state history are still burning and fire season often gets worse in the fall. 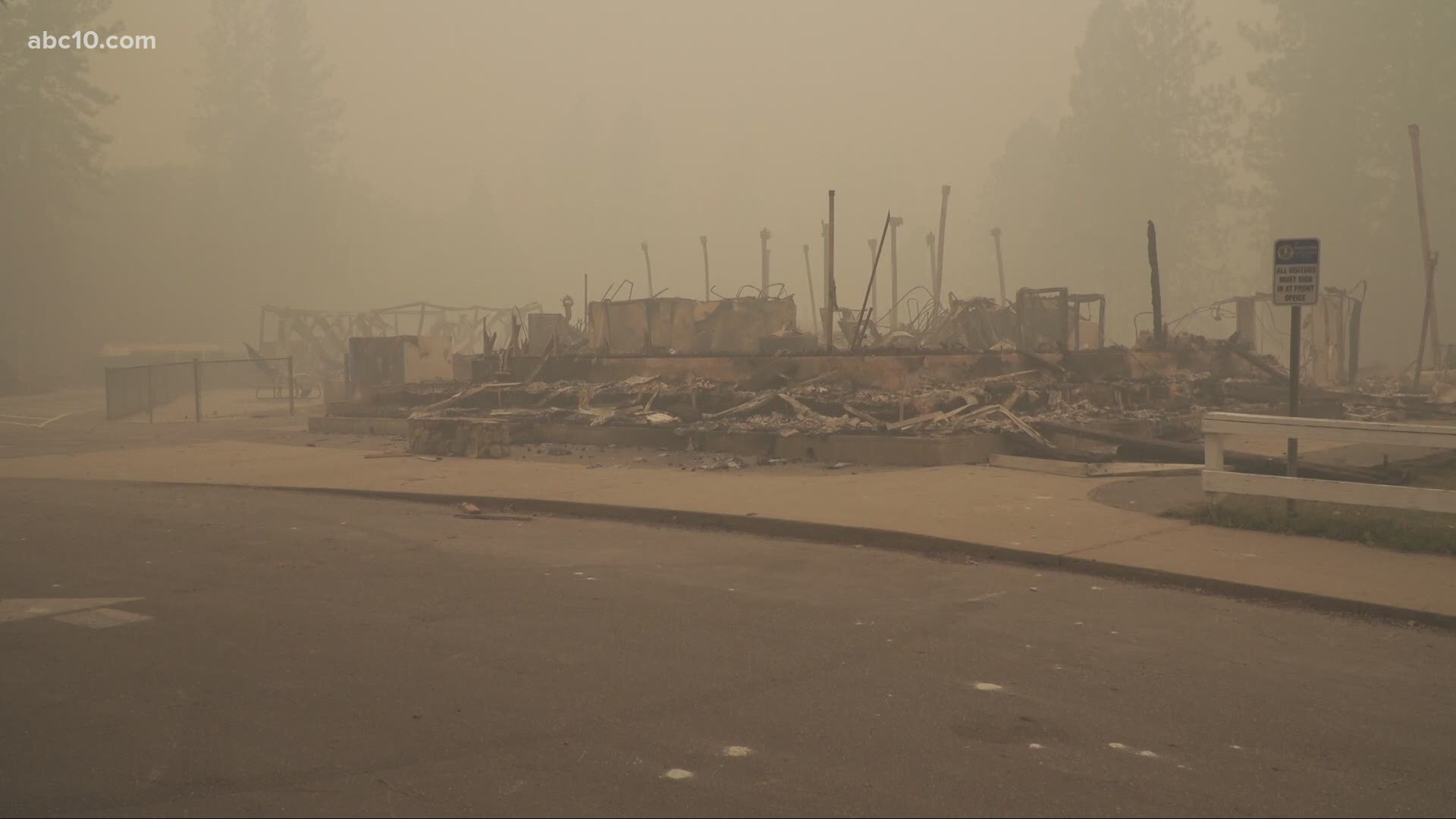 Emergency responders in the Pacific Northwest are fighting misinformation along with raging wildfires as people spread unsubstantiated social media posts blaming arsonists from both the far left and far right for setting the blazes.

The FBI says it's investigated several claims that extremists are responsible for wildfires and found them to be untrue. Officials in Oregon and Washington state also are knocking down the competing narratives.

Some posts have blamed far-left antifa activists and others claimed the far-right group the Proud Boys is responsible for the fires. The false claims come as left- and right-wing groups have clashed during protests in the Northwest, particularly in Portland. 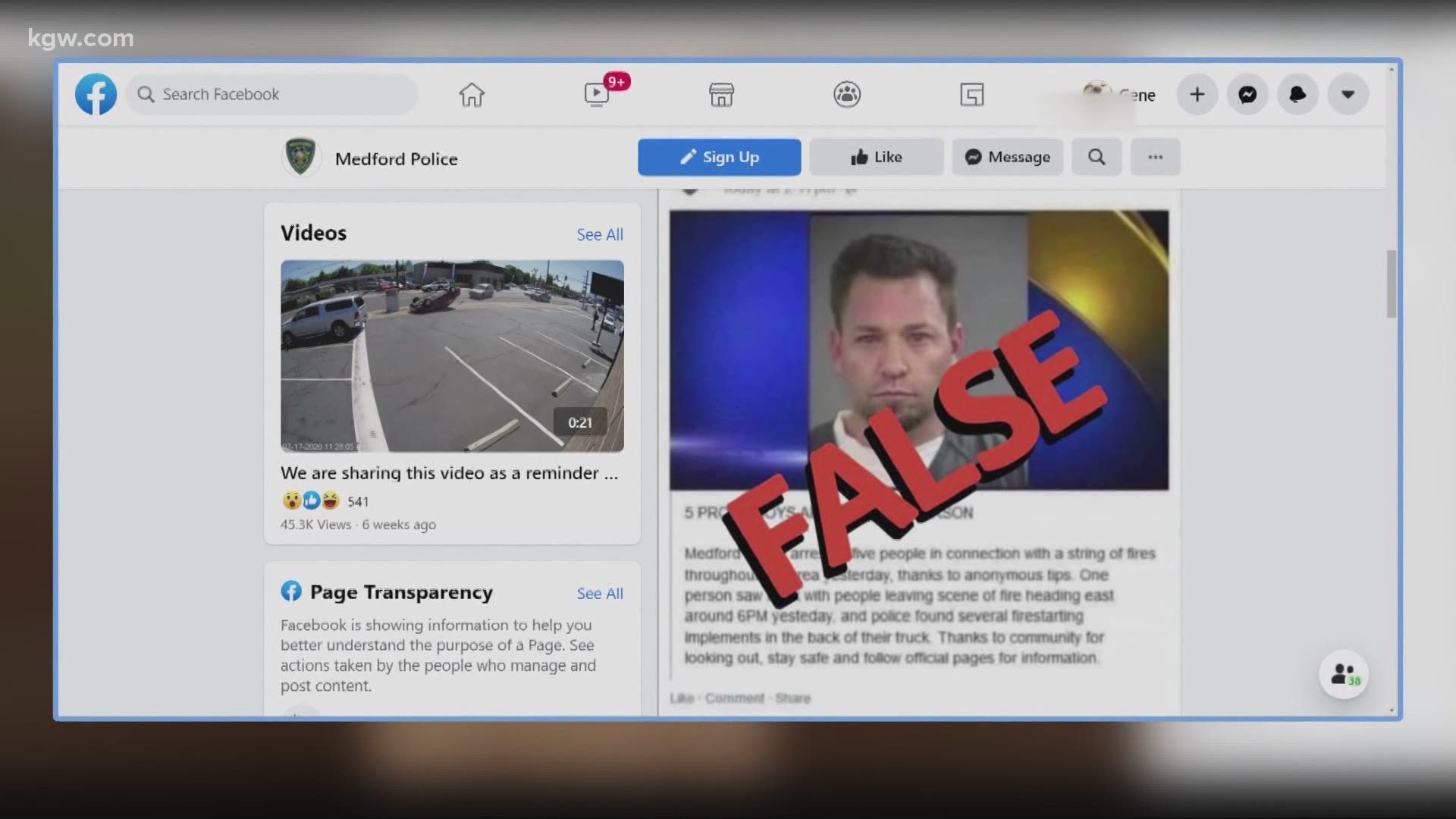 Family believes boy died in fire trying to save grandmother

The surviving members of a grief-stricken Oregon family who believe a 13-year-old boy died while trying to save his grandmother in a wildfire detailed their harrowing attempts to escape the fire.

The Statesman Journal reported that 13-year-old Wyatt Tofte of Lyons, Oregon, and his 71-year-old grandmother Peggy Mosso are among the six reported fatalities in the state from the ongoing fires.

Wyatt, who was found Wednesday with his dog, is survived by his parents Angela Mosso and Chris Tofte. Angela Mosso is being treated at a burn center in Portland.

More than 40,000 Oregonians have been evacuated from their homes so far and about 500,000 are in different levels of evacuation zones. 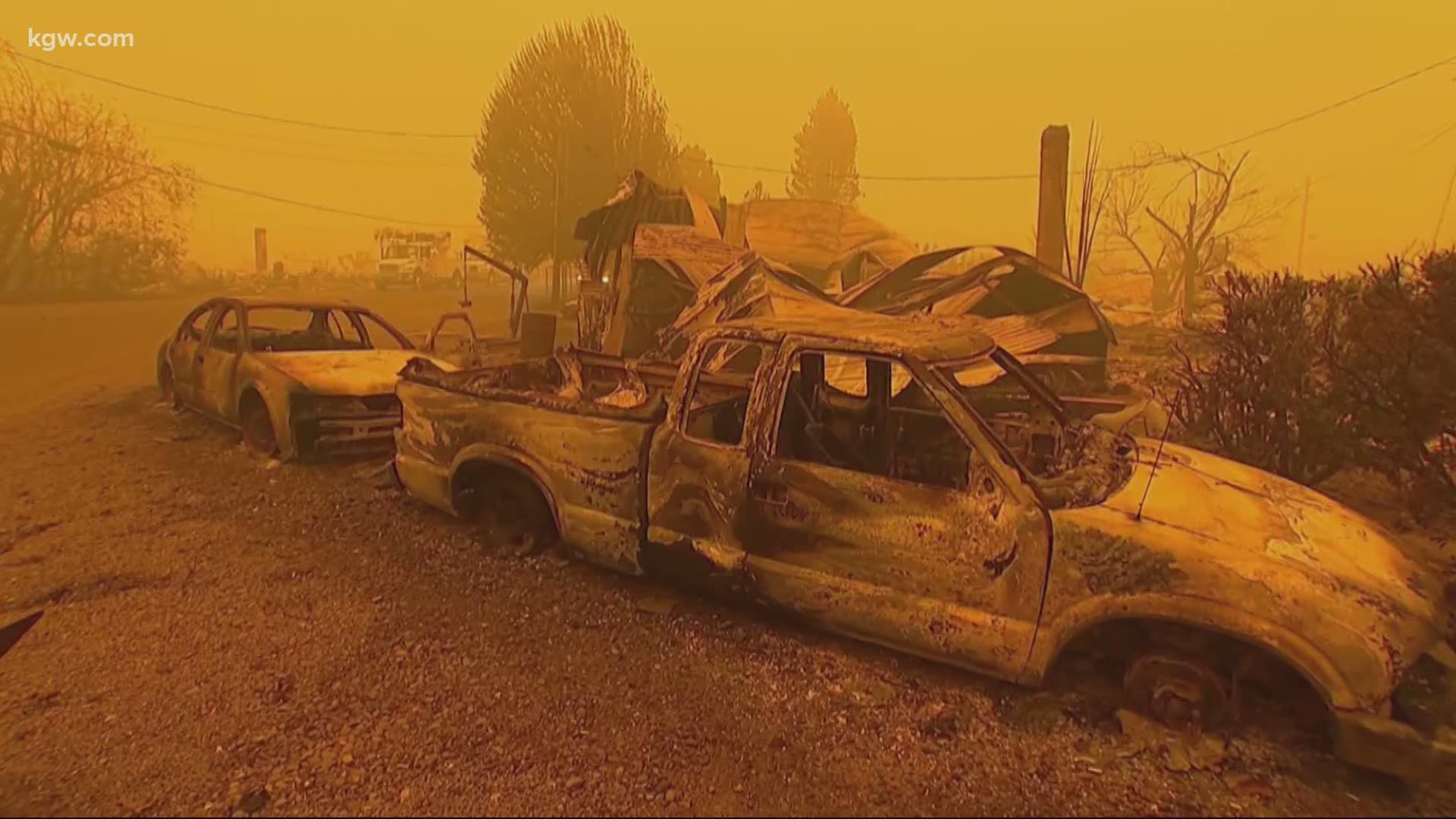 Two parents who lost their one-year-old son while fleeing the Cold Springs Fire in Washington state are still fighting to survive and suffered another loss.

Jamie Hyland, 26, and Jacob Hyland, 31, of Renton, Washington, were expecting a second child. The unborn child was lost as well at 14 weeks of pregnancy.

Jaime suffered burns to 37% of her body and is intubated, her sister Dawnmarie Baxter said. Jacob is no longer intubated and is stable.

The Cold Springs Fire was burning more than 187,000 acres near Omak in north Central Washington as of Friday. It sparked on Sunday night and is 25% contained. The cause of the fire remains unknown. 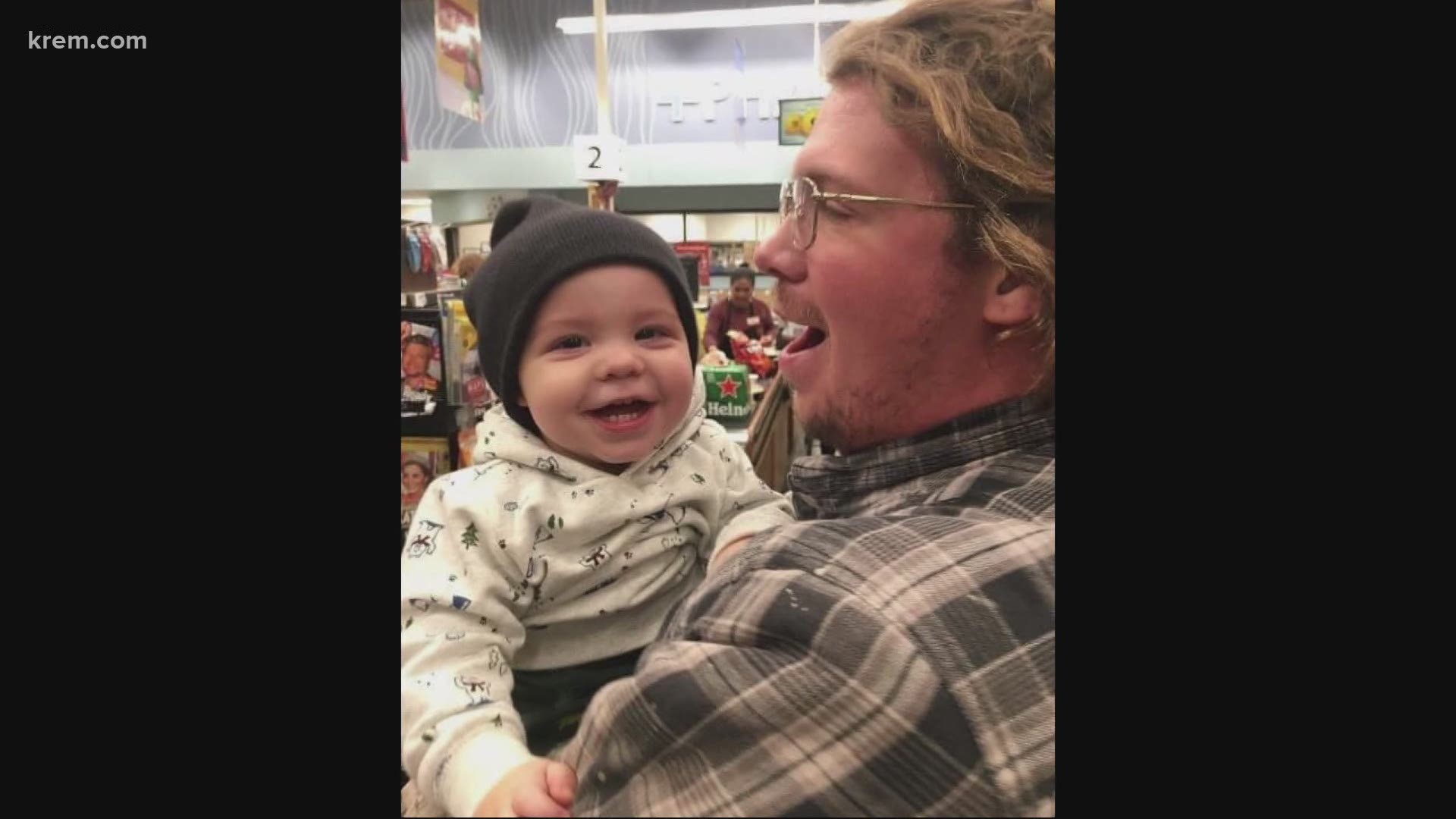