Texas' governor, as well as Lt. Gov. Dan Patrick, Beto O'Rourke and others shared their thoughts on the Sunday morning shooting in White Settlement. 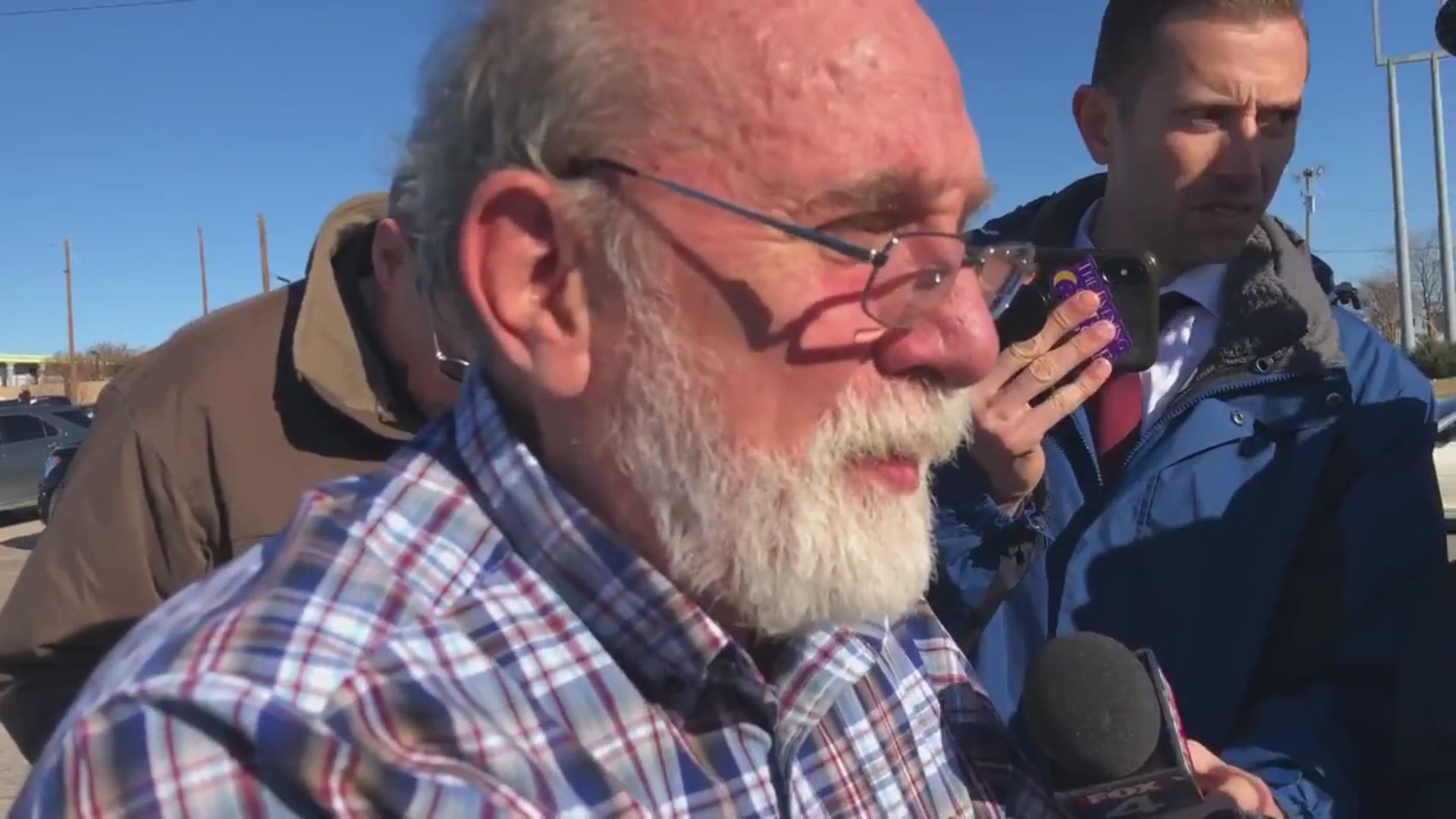 O'Rourke, a former U.S. representative from his native El Paso who dropped out of the race for the Democratic nomination for president last month, said on Twitter that, "Clearly what we are doing in Texas, what we are doing in this country, when it comes to guns is not working."

After a gunman opened fire inside a Walmart in El Paso in August and killed 22 people, O'Rourke criticized gun legislation and made a vow to ban assault weapons.

Texas Lt. Gov. Dan Patrick, who spoke at a news conference at the church Sunday, tweeted his statement on the shooting. Patrick says that steps were taken following the 2017 shooting at a church in Sutherland Springs to make churches safer.

“After that shooting, I asked Attorney General Ken Paxton to review what legal options churches have to improve security and also to affirm that it is lawful for citizens with a licensed permit to carry for self-defense in church as long as the church has not posted against it. General Paxton issued an opinion in 2018 affirming the right to carry in church and Senator Donna Campbell, R-New Braunfels, authored Senate Bill 535 in the 2019 Legislative Session making it clear that licensed holders may carry for self-defense in places of worship. Governor Abbott signed SB 535 into law earlier this year."

Congresswoman Veronica Escobar also tweeted about the shooting at the West Freeway Church of Christ in White Settlement, a northwestern suburb of Fort Worth.

Escobar said she's sending prayers and condolences to the church community but, like her predecessor, was critical of current gun laws and asked when Texas Gov. Greg Abbott and Senate Majority Leader Mitch McConnell will act.

Abbot released a statement saying his office is working with law enforcement and elected officials to provide resources after "the evil act of violence."

"Texans will unite as always," he said.

The Republican congressman mentioned the stabbing Saturday night at a rabbi's house during a Hanukkah celebration in New York saying, "this season is supposed to be one of faith, family and love. But evil cowards are trying to make it grief-ridden by attacking our churches and synagogues."

RELATED: Member who survived church shooting: 'We can't have hate for anybody that does hate for us'

RELATED: "It destroys my heart" | Minister at West Freeway Church of Christ is Longview-native