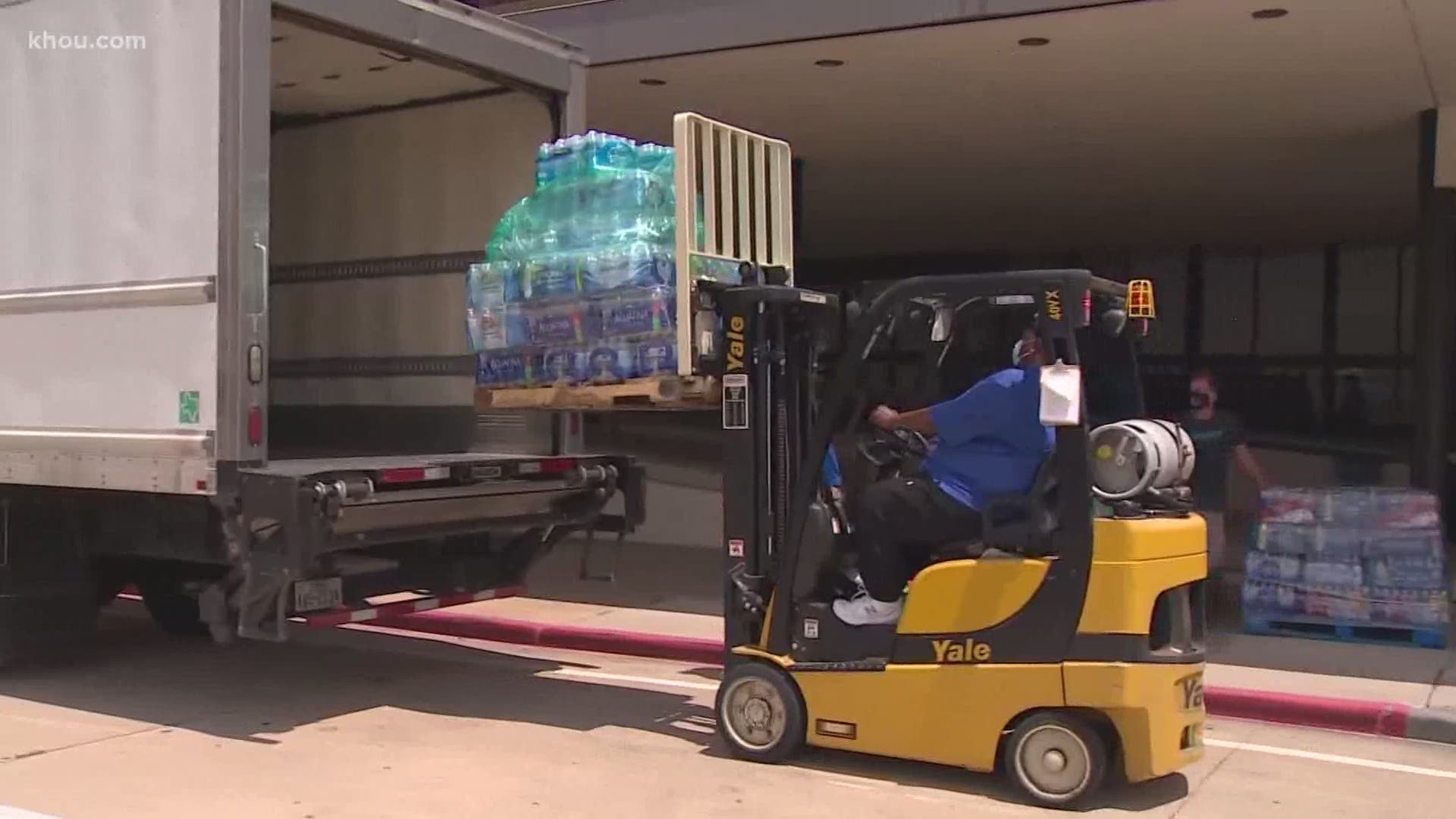 LAKE CHARLES, La. — The Louisiana coastline devastated by Hurricane Laura began a long and gloomy recovery Friday as hundreds of thousands of people still without water and power confronted the possibility that basic services may not return for weeks or even longer. The number of dead climbed to at least 14.

A day after the Category 4 storm hit, more bodies emerged in the aftermath in Louisiana and neighboring Texas. The deaths included five people killed by fallen trees and one person who drowned in a boat. Eight people died from carbon monoxide poisoning due to unsafe operation of generators, including three inside a Texas pool hall, where authorities say the owner had let seven Vietnamese shrimp boat laborers and homeless men take shelter. The other four were in critical condition.

The lack of essential resources was grim for the many evacuated residents eager to return.

Thousands of people who heeded dire warnings and fled the Gulf Coast returned to homes without roofs, roads littered with debris and the likelihood of a harsh recovery that could take months.

Lawrence “Lee” Faulk came back to a home with no roof in hard-hit Cameron Parish, which was littered with downed power lines. His metal storage building, 24 feet square, was thrown into a neighbor’s oak trees.

“We need help,” Faulk said. “We need ice, water, blue tarps — everything that you would associate with the storm, we need it. Like two hours ago.”

The White House said President Donald Trump would visit the region Saturday and survey the damage.

1 / 43
12NewsNow
The photo shows flooding and downed trees from Hurricane Laura on Meeks Drive in Orange County, Texas, on Aug 27, 2020.

Simply driving in Lake Charles, a city of 80,000 residents that sustained some of the worst damage, was a feat. Power lines and trees blocked paths or created one-lane roads that drivers had to navigate with oncoming traffic. Street signs were snapped off their perches or dangled, and no stoplights worked, making it a trust exercise with those sharing the roads.

Mayor Nic Hunter cautioned that there was no timetable for restoring electricity and that water-treatment plants “took a beating,” resulting in barely a trickle of water coming out of most faucets. "If you come back to Lake Charles to stay, make sure you understand the above reality and are prepared to live in it for many days, probably weeks,” Hunter wrote on Facebook.

Caravans of utility trucks were met Friday by thunderstorms in the sizzling heat, complicating recovery efforts.

Forty nursing homes were also relying on generators, and assessments were underway to determine if more than 860 residents in 11 facilities that had been evacuated could return. Water outages remained a major problem in evacuated facilities, the Louisiana Department of Health said.

RELATED: Laura weakens to a depression after making landfall as Category 4 storm

Meanwhile, the hurricane’s remnants threatened to bring flooding and tornadoes to Tennessee as the storm, now a tropical depression, drifted north. Forecasters warned that the system could strengthen into a tropical storm again upon returning to the Atlantic Ocean this weekend.

In the storm's wake, more than 600,000 homes and businesses were without power in Louisiana, Texas and Arkansas, according to poweroutage.us, which tracks utility reports.

The Louisiana Department of Health estimated that more than 220,000 people were without water. Restoration of those services could take weeks or months, and full rebuilding could take years.

Ira Lyles returned to find that his downtown Lake Charles salon called The Parlor House survived with little damage, but his home was destroyed.

Edwards called Laura, which packed a top wind speed of 150 mph (241 kph), the most powerful hurricane to strike Louisiana, meaning it surpassed even Katrina, which was a Category 3 storm when it hit in 2005. He said Friday that officials now believe the surge was as high as 15 feet.

More than 580,000 coastal residents were put under evacuation as the hurricane gained strength in the Gulf of Mexico. Laura was the seventh named storm to strike the U.S. this year, setting a new record for U.S. landfalls by the end of August. Laura hit the U.S. after killing nearly two dozen people in Haiti and the Dominican Republic.

In Lake Charles, chainsaws buzzed and heavy machinery hauled tree limbs in the front lawn of Stanley and Dominique Hazelton, who rode out the storm on a bathroom floor. A tree punctured the roof just a few feet from where the couple was taking cover.

"There’s people without homes,” Stanley Hazelton said. “So it was dumb. We’ll never do it again. We’ll never stay through another hurricane again.” 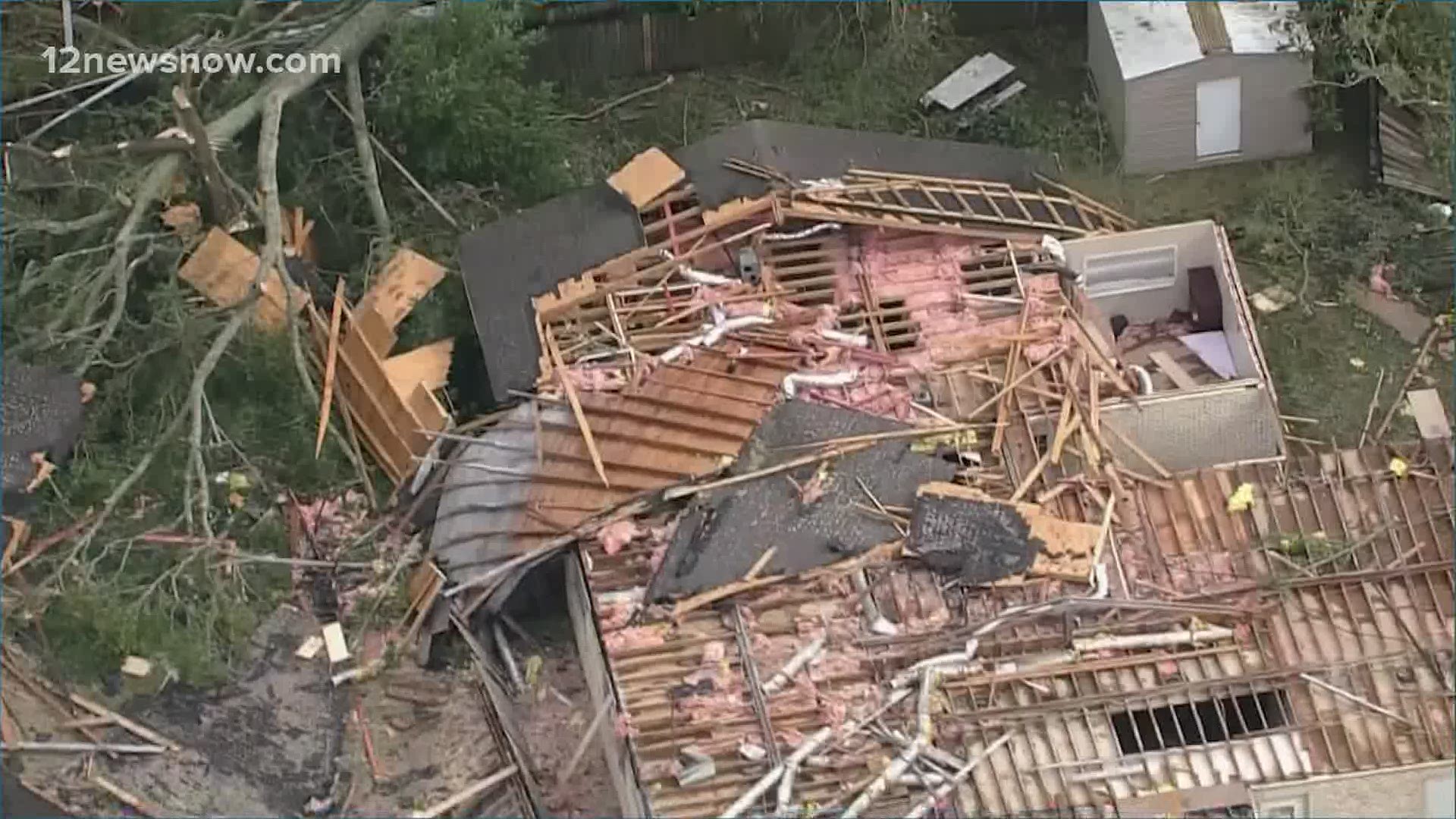