NBC News posted the footage showing Donald Trump and wealthy financier Jeffrey Epstein that had been recorded as part of a profile of Trump. 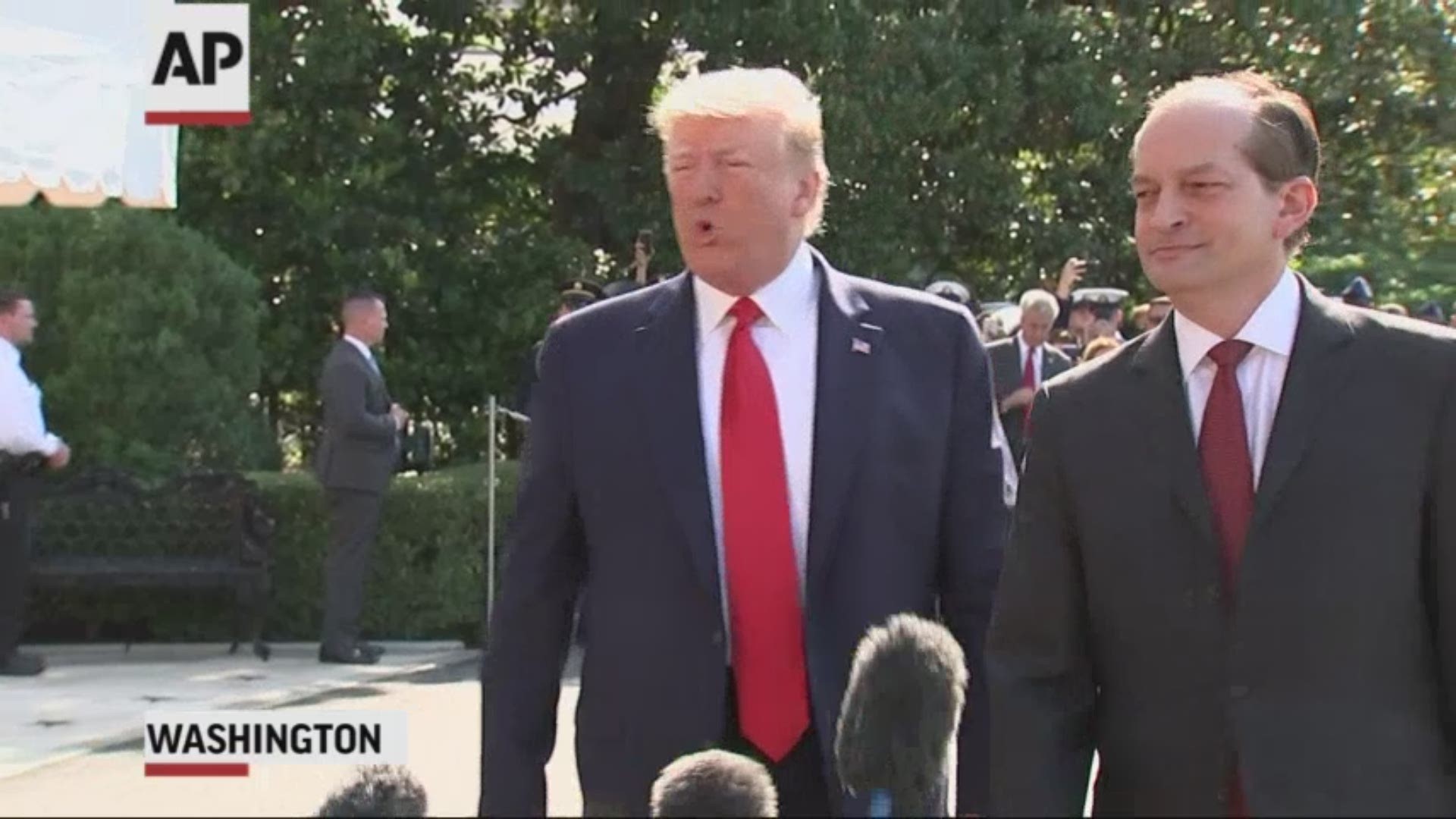 NBC said the video posted Wednesday was recorded as part of a profile of Trump, who was newly divorced at the time.

It shows the future president surrounded by young women, whom NBC identifies as cheerleaders for the Buffalo Bills.

Later in the video, Epstein arrives at Trump's Florida estate, and the two men are seen talking and gesturing at the women on the dance floor.

Epstein is currently in jail, facing federal charges in New York of sexually abusing dozens of underage girls in the early 2000s. His indictment, unsealed last week, shows conspiracy and sex trafficking charges that could result in up to 45 years in prison if convicted. He has pleaded not guilty.

Trump has acknowledged that he knew Epstein but said he "wasn't a fan."

"I knew him like everybody in Palm Beach knew him," Trump said earlier this month. "He was a fixture in Palm Beach. I had a falling out with him a long time ago. I don't think I've spoken to him for 15 years."

Trump's Labor Secretary Alexander Acosta stepped down last week amid the tumult over his handling of a 2008 secret plea deal with Epstein.

Acosta was the U.S. attorney in Miami when he oversaw a 2008 non-prosecution agreement that allowed Epstein to avoid federal trial but plead guilty to state charges and serve 13 months in jail. The deal ended a federal sex abuse investigation involving at least 40 teenage girls that could have landed Epstein behind bars for life.