Vaping companies sue to delay US review of e-cigarettes

The legal challenge by the Vapor Technology Association is the latest hurdle in the FDA's yearslong effort to regulate the multibillion-dollar vaping industry. 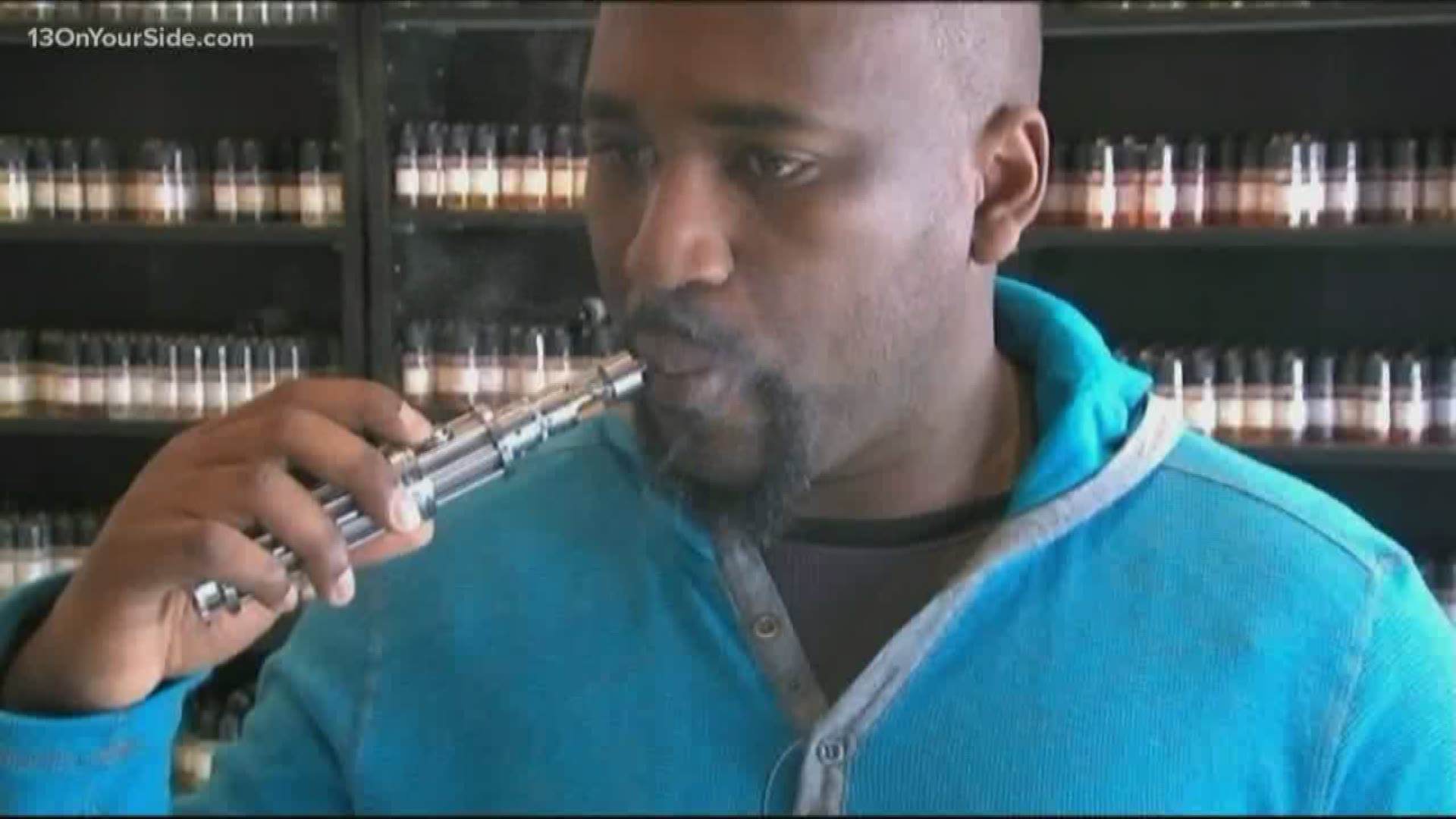 WASHINGTON — A vaping industry group sued the U.S. government on Wednesday to delay an upcoming review of thousands of e-cigarettes on the market.

The legal challenge by the Vapor Technology Association is the latest hurdle in the Food and Drug Administration's yearslong effort to regulate the multibillion-dollar vaping industry, which includes makers and retailers of e-cigarette devices and flavored solutions.

The vaping group argued that the latest deadline of next May to submit products for review could wipe out many of the smaller companies. The lawsuit was filed in U.S. District Court in Kentucky.

E-cigarettes first appeared in the U.S. more than a decade ago and have grown in popularity despite little research on their long-term effects, including whether they can help smokers quit cigarettes.

In recent years, health authorities have warned of an epidemic of vaping by underage teenagers, particularly the leading brand Juul, known for its high nicotine content and easy-to-conceal device, which resembles a flash drive.

Nicotine is what makes both cigarettes and e-cigarettes addictive, and health experts say the chemical is harmful to developing brains.

San Francisco-based Juul is among 800 member companies of the vaping association.

RELATED: Vaping suspected of causing 8 teens to be hospitalized in Wisconsin

Credit: AP
FILE - In this Tuesday, April 10, 2018 photo, a high school principal displays vaping devices that were confiscated from students at the school in Massachusetts. On Wednesday, Aug. 14, 2019, the Vapor Technology Association filed a lawsuit against the U.S. government to delay a review of electronic cigarettes. (AP Photo/Steven Senne)

The 2009 law that gave the FDA power over the traditional tobacco products did not mention e-cigarettes. And it wasn't until 2016 that the agency expanded its own regulations to include the devices. But since then FDA regulators have repeatedly pushed back the timeline, at one point until 2022, to begin review of the legions of vaping products that have come to market.

Frustrated by the delays, anti-tobacco groups including the Campaign for Tobacco-Free Kids sued the FDA to speed up the process. In June, a federal judge sided with the groups and set a deadline of next May for all companies to submit their products for federal review. The FDA has until next month to appeal the decision.

"It is time for FDA to stop moving the goalposts and changing the rules in the middle of the game to the detriment of our manufacturers and small businesses," said Tony Abboud, the group's executive director, in a statement.

Vaping executives have long said that most companies will not be able to afford to conduct large, expensive studies needed for FDA review. Only products that meet FDA standards would be permitted to be sold.

RELATED: How is Arizona responding to vaping dangers to teens?

The Associated Press Health and Science Department receives support from the Howard Hughes Medical Institute's Department of Science Education. The AP is solely responsible for all content.