The latest shooting Wednesday comes in a year that has seen a sharp increase in such killings as the nation emerges from pandemic-related lockdowns. 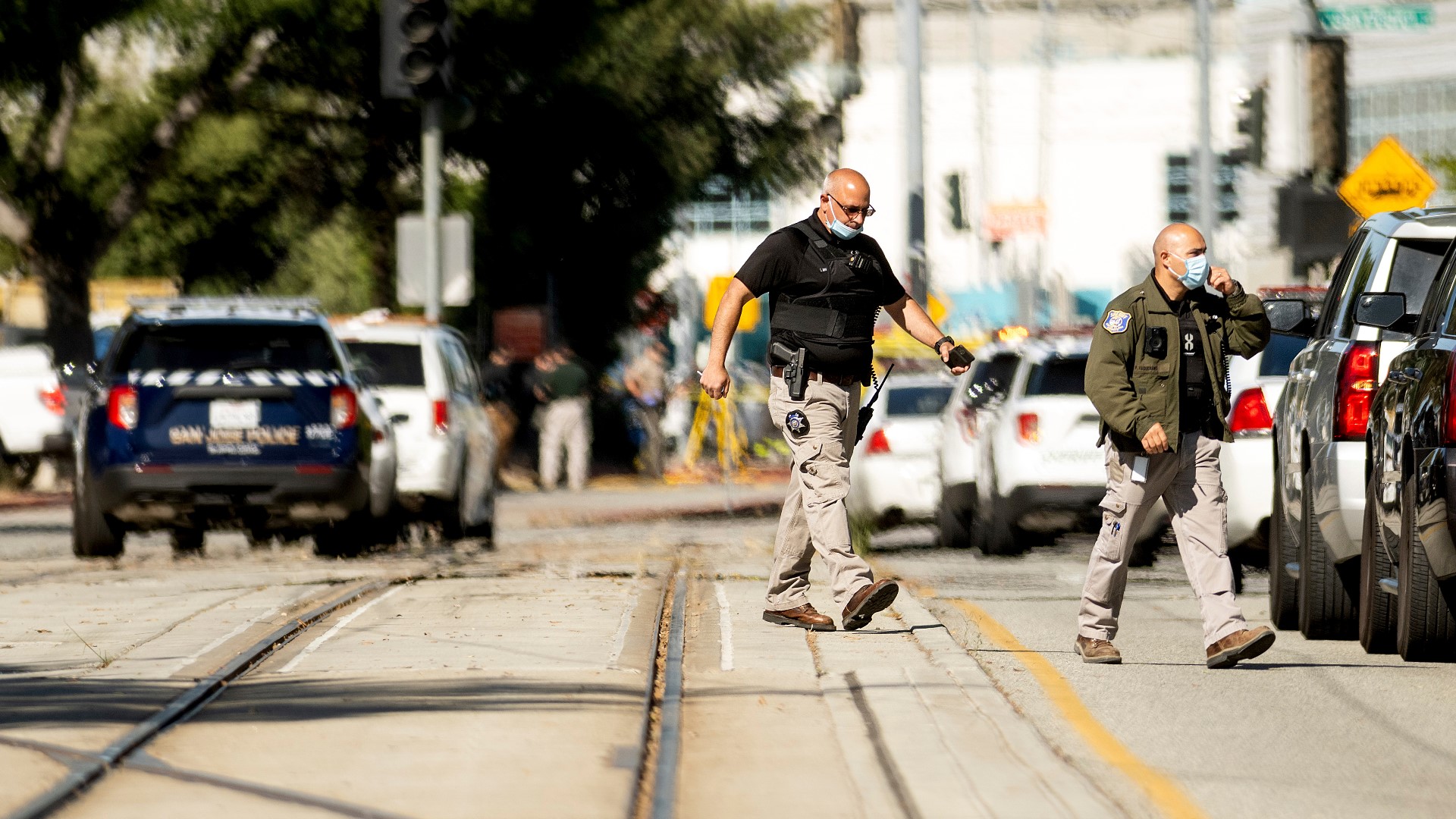 Eight people are dead after an employee opened fire at a San Francisco Bay Area transit agency early Wednesday in San Jose, California. The attacker was identified as 57-year-old Sam Cassidy, according to two law enforcement officials, and the district attorney said Cassidy also killed himself. Authorities were also at a San Jose home owned by Cassidy where firefighters responded to a blaze around the same time as the shooting.

The bloodshed comes in a year that has seen a sharp increase in killings with multiple victims as the nation emerges from pandemic restrictions that closed many public places and kept people confined to their homes.

A database compiled by The Associated Press, USA Today and Northeastern University over the last 15 years shows that San Jose is the 15th incident in 2021 in which at least four people were killed. Eighty-six people have died in the 15 shootings, compared with 106 for all of 2020.

Here are a few recent shootings that fall within that definition.

Eight people were killed by a gunman at three Atlanta-area massage businesses in attacks that began the evening of March 16. Seven of the slain were women, and six were of Asian descent. Police charged a 21-year-old white man with the killings. There was deep skepticism over the shooter’s claim his motive was sex addiction. There was public clamoring for hate crime charges, especially among the Asian American community, which has faced rising numbers of attacks since the coronavirus pandemic took hold.

About a week later, on March 22, a shooter at a supermarket in Boulder, Colorado, killed 10 people, including a police officer who was the first to respond to the scene. The suspect bought a firearm at a local gun store after passing a background check. Investigators are working to determine the motive for the shooting and why the suspect chose the King Soopers grocery store.

On March 31, a gunman killed four people and critically wounded a fifth at a Southern California office building. He knew all the victims. Apparently before opening fire, he chained shut the gates to two entrances, delaying police from getting inside. Among the victims was a 9-year-old boy who was found cradled in the arms of a woman believed to be his mother. The woman was the only survivor among those shot. The others killed were a man and two women.

A week later, on April 7, former NFL player Phillip Adams shot six people. Robert Lesslie, a prominent doctor, was killed along with his wife, two of their grandchildren and two air conditioning technicians who were working at their home. Adams also killed himself. His brain is now being examined for possible degenerative disease that has been shown to cause violent mood swings and other cognitive disorders in some athletes and members of the military.

On April 15, eight people were shot and killed at a FedEx facility by a former employee, Brandon Scott Hole, 19, of Indianapolis, who fired randomly before dying by suicide. Four of the victims were members of Indianapolis’ Sikh community, and the deaths were another blow to the Asian American community. Agents with the FBI’s Indianapolis field office questioned Hole last year after his mother called police to say that her son might commit “suicide by cop.”