Eminem's camp says the effect used in his set at Bonnaroo 'was a pyrotechnic concussion which creates a loud boom.' 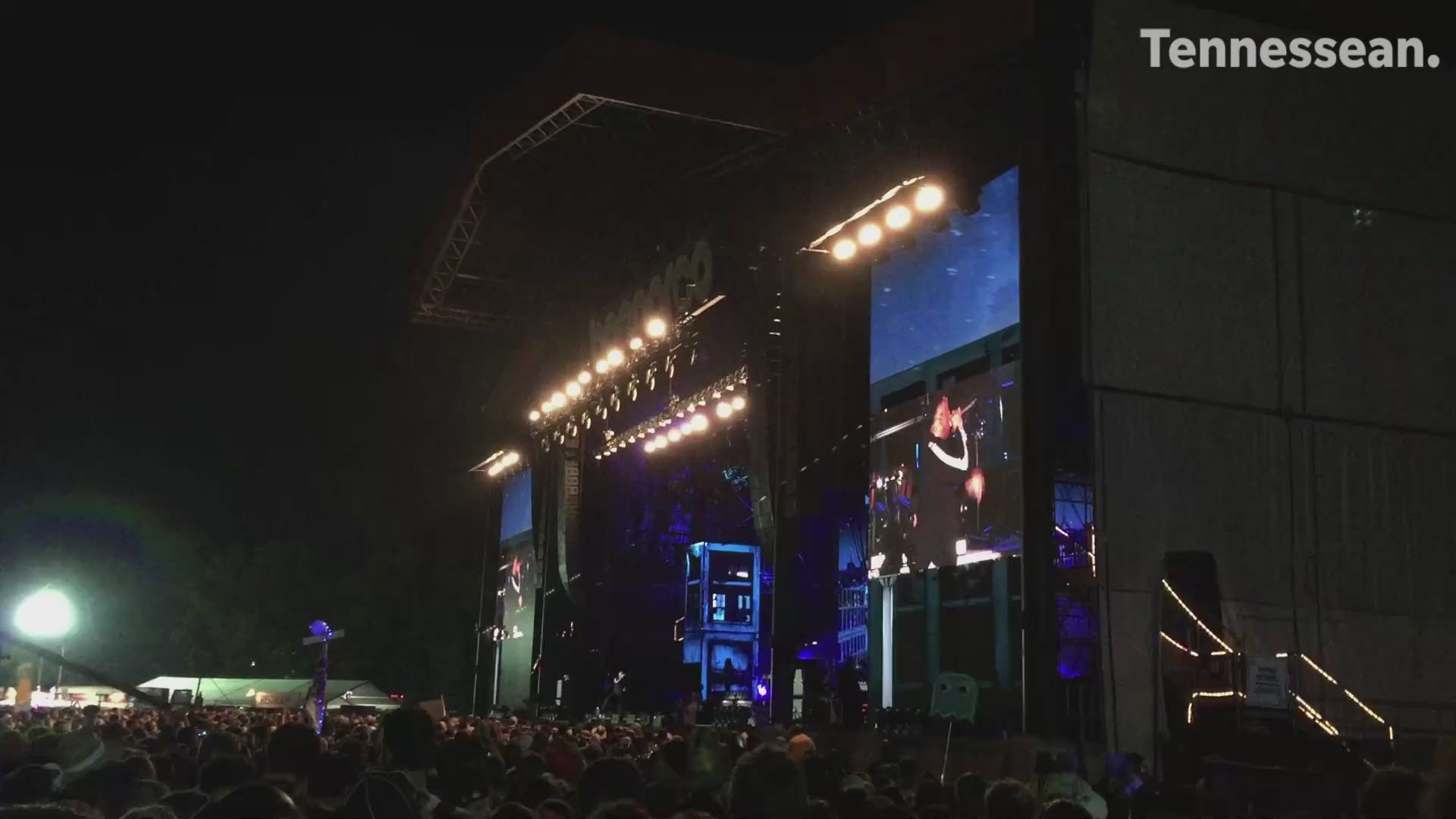 After coming under fire from fans on social media for sound effects resembling "gunshots" Saturday night at Bonnaroo, a representative for Eminem is defending the artist's performance.

Eminem's camp released a written statement about the controversial effects used in Manchester over the weekend — and apparently at his shows for years.

"Contrary to inaccurate reports, Eminem does not use gunshot sound effects during his live show,” the statement read.

It went on to explain how the effect used in his Saturday night set at Bonnaroo "was a pyrotechnic concussion which creates a loud boom."

"He has used this effect — as have hundreds other artists — in his live show for over 10 years, including previous US festival dates in 2018 without complaint."

Pyrotechnics imitating a gunshot during Eminem’s Bonaroo set had the crowd shook 😶 pic.twitter.com/ZCWSlI8s3Z

As Blasts rang out during Eminem set, critics took to Twitter
Shortly after starting his headlining set on the What Stage, three separate blasts rang out during his performance sparking debate on social media over whether such sound effects are appropriate in the context of recent mass shootings.

Less than a year after Vegas and @Eminem thinks it’s a good idea to blast gun shot sfx onstage at a music festival? Bad call on this headliner @bonnaroo. What happened to Radiate Positivity?

Dozens of tweets emerged almost immediately criticizing Eminem for the use of such sound effects, including from fans who described being "traumatized" as people in the audience ducked hearing the noises.

"i was having a good time at eminem’s set then he played a realistic gunshot noise," tweeted @sandwahhh. "the whole crowd ducked and i’ve never felt more traumatized and ready to panic. completely inappropriate"

Twitter user Cristi Williams said she had to leave the set due to panic over fear of a shooting at the concert.

"Being at a festival/concert in these current times brings new concerns & fears," Williams tweeted. "Had to leave @Eminem set after 3rd gunshot at @Bonnaroo cuz panic was setting in my section (front pit). Extremely realistic &scary! Would have been good to have a warning before show. #irresponsible"

Eminem needs stop poppin off guns during his show.. literally has everyone ducking, weaving AND bobbing

coming from a performing stand point, i get the effect of sound effects on stage, but there’s a certain point that cross’s the line. i’m one of eminem’s number 1 fans but to hear 3 gun shots coming straight from his set had me scared af. not gonna lie. especially in this world...

Worst decision ever to ask @Eminem to play, @bonnaroo. My night was awesome but now I’m in absolute tears and shaking because I thought the multiple gunshots from his performance from across Centeroo were real. This is not OK.

In turn, people who have seen the rapper perform said the loud bangs are common for his concerts.

i literally saw eminem less than a week ago NO ONE was triggered / scared of the gunshot noise that has been performed for YEARS LMAO you’re begging for attention go home https://t.co/E9ZCZuFORE

They're really mad at @Eminem for using gun shot sound effects at his concert.

At his RAP concert.

I saw the video and it didn't even sound like somebody shot a real gun, that paired with the song change right on que 😂. If y'all thought that was real you're just dumb 😂

"Less than a year after Vegas and @Eminem thinks it's a good idea to blast gun shot sfx onstage at a music festival?" wrote Brad King on Twitter. "Bad call on this headliner @Bonnaroo."

During the Route 91 shooting, 58 people were killed and hundreds were injured.

This weekend marked the first Bonnaroo festival since the mass shooting.

Bonnaroo organizers have instituted a number of new safety measures, including metal detectors, though the horrific Las Vegas shooting clearly remains fresh in many fans' memories.