While Britain withdrew from the EU in January, it continues to trade with other countries under the bloc’s umbrella in a transition period set to end Dec. 31. 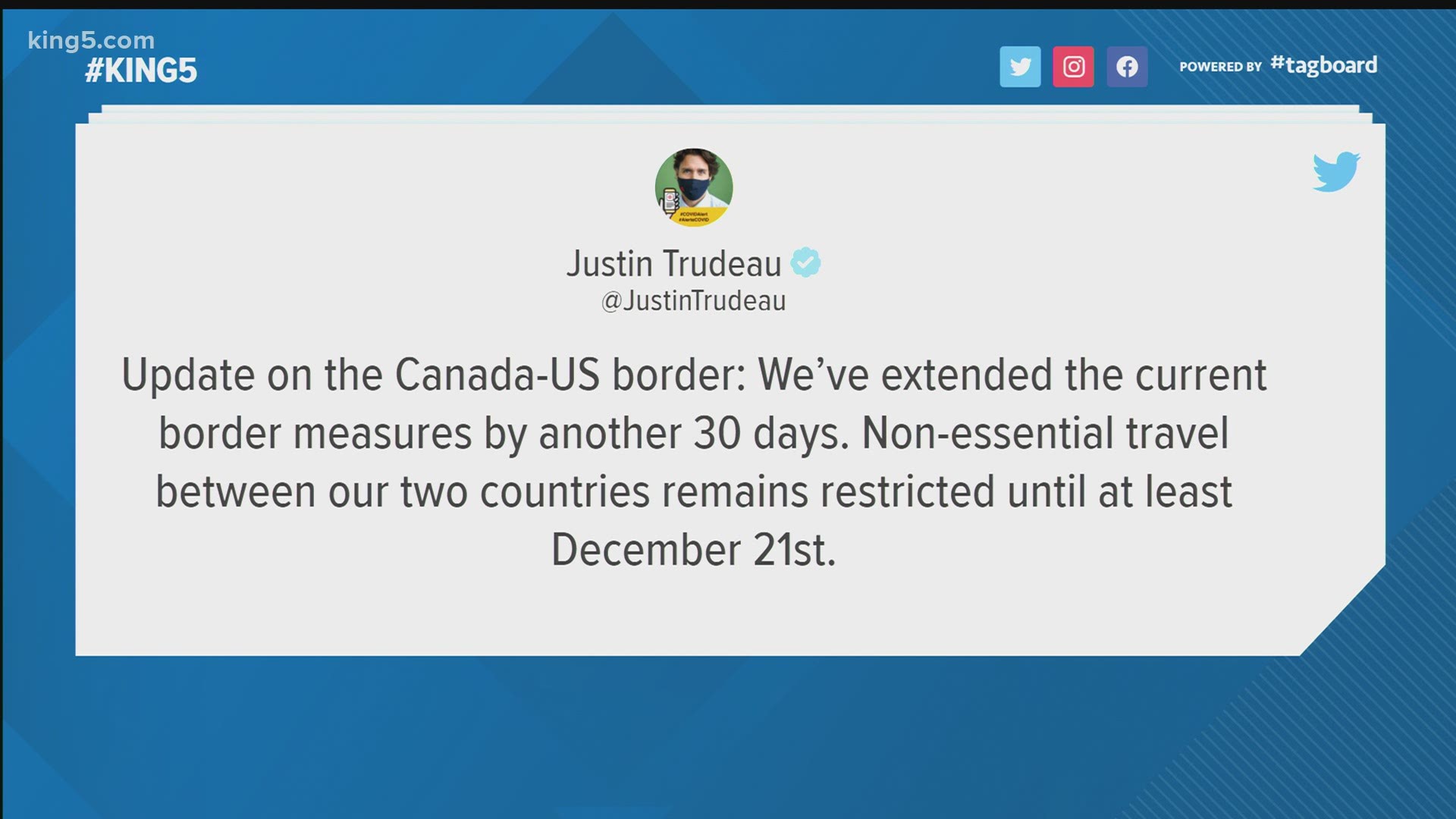 LONDON, UK — The U.K. signed an interim trade deal with Canada on Saturday, giving it more time to negotiate future trading rules as the British government prepares the country for business life outside the European Union.

The stopgap agreement allows trade between the two countries to continue under the same terms as Canada's existing treaty with the EU while negotiators begin work on a new bilateral deal between the U.K. and Canada, Prime Minister Boris Johnson said in a statement. Canada is the U.K.'s eighth-biggest non-EU trading partner.

While Britain formally withdrew from the EU in January, it continues to trade with other countries under the bloc’s umbrella during a transition period scheduled to end Dec. 31. Without a series of new bilateral agreements, trade with countries around the world may be hampered by barriers such as tariffs and increased paperwork.

"Our negotiators have been working flat-out to secure trade deals for the U.K., and from as early next year we have agreed to start work on a new, bespoke trade deal with Canada that will go even further in meeting the needs of our economy,” Johnson said.

RELATED: Coronavirus surge in Canada after Thanksgiving is a warning for Americans

Johnson's government says the ability to strike free trade agreements with countries around the world is one of the main benefits of leaving the EU. It is banking on increased trade with countries such as the United States and India to offset any negative impact from severing ties with the EU, which accounted for 47% of Britain's overall trade last year.

Britain ships goods ranging from electric cars to sparkling wine to Canada, and imports products such as salmon and maple syrup from the Commonwealth country that also recognizes Queen Elizabeth II as head of state.

The deal with Canada locks in existing trading rules that cover 20 billion pounds ($27 billion) of trade between the two countries, or about 1.5% of the U.K.'s total trade in goods and services last year.

Credit: AP
FILE - In this Wednesday, Dec. 4, 2019 file photo, British Prime Minister Boris Johnson, left, welcomes Canadian Prime Minister Justin Trudeau during official arrivals for a NATO leaders meeting at The Grove hotel and resort in Watford, Hertfordshire, England. The U.K. has signed an interim trade deal with Canada _ a rollover measure meant to cement the trading relationship as the government prepares of life outside the European Union. While Britain formally withdrew from the EU in January, it continues to trade with other countries under the bloc’s umbrella during a transition period that is scheduled to end Dec. 31. (AP Photo/Francisco Seco, File)

The U.K. has now secured post-Brexit trade deals with 53 countries accounting for 164 billion pounds ($218 billion) of bilateral trade, the government said. That's less than 12% of the 1.4 trillion pounds (about $1.9 trillion) of trade Britain recorded last year.

Britain has yet to strike a deal with the European Union on post-Brexit trading rules. Both sides have warned there could be a no-deal end to the transition period next month unless the two sides can soon bridge their remaining differences on fishing, state aid for industry and the resolution of future disputes.

Without an agreement on future relations between Britain and the EU, trade between the two entities would be carried out under World Trade Organization terms.

Johnson's government says this type of relationship wouldn't hamper trade, but opponents warn that tariffs would increase prices for British consumers and border checks would lead to shortages of some goods.