'I voted for a guy named Trump,' the president says after casting ballot in Florida

President Trump said at a Florida rally that he likes being able to vote in-person, 'I'm old fashioned, I guess.' First lady Melania Trump will vote on Election Day. 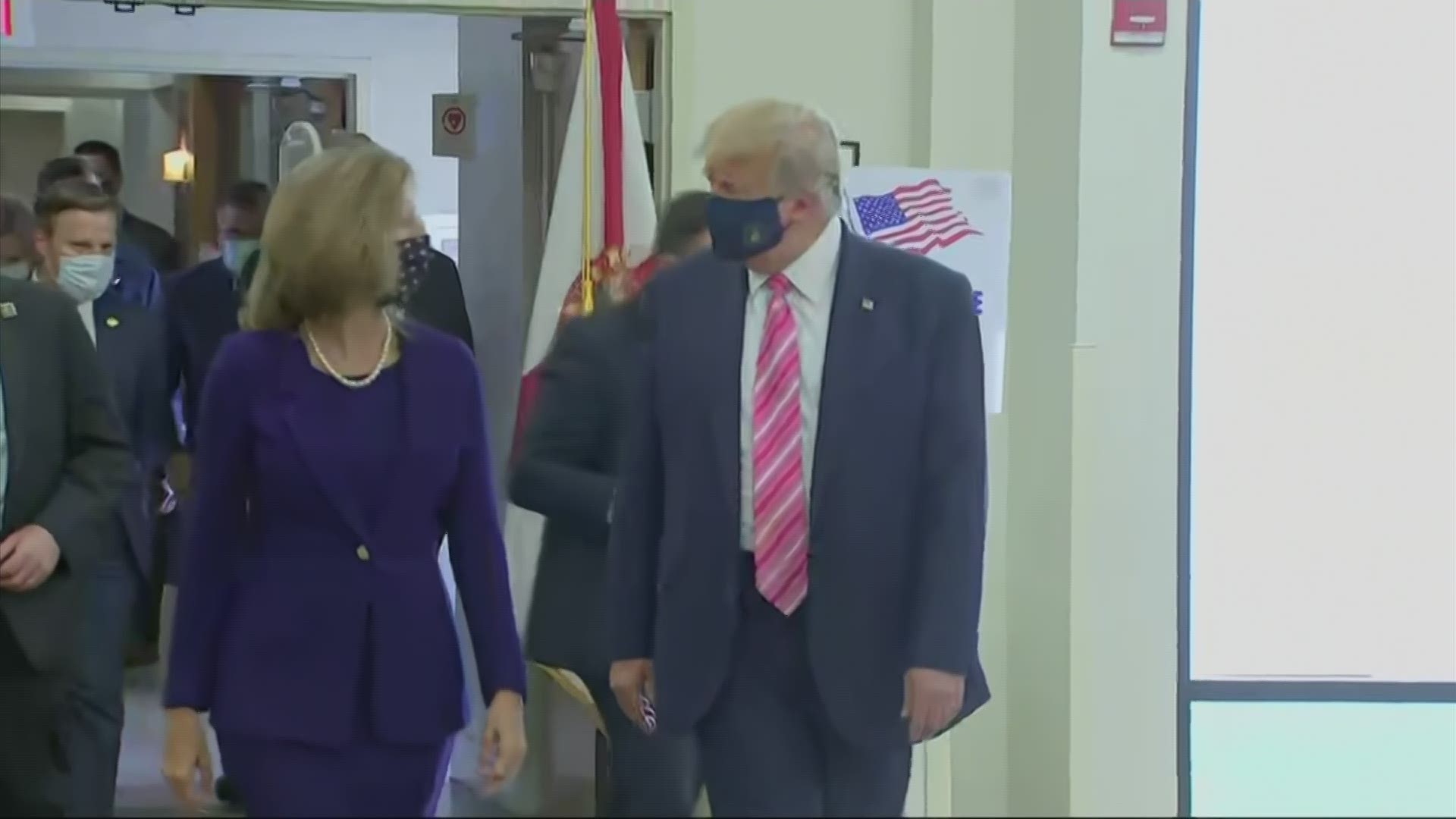 WASHINGTON — President Donald Trump says he voted “straight Republican” when he voted early in Florida on Saturday. He also said he used a passport as identification.

Trump cast his ballot Saturday morning in West Palm Beach, and he told reporters afterward: “I voted for a guy named Trump.”

West Palm Beach is near his private Mar-a-Lago club. He used to vote in New York but changed his residency to Florida last year.

There were several hundred supporters gathered with flags and signs outside the library where he voted. And there were chants of “Four more years.”

The president wore a mask while voting but he took it off as he approached reporters afterward in the building.

He called it “a very secure vote. Much more secure than when you send in a ballot, I can tell you that.”

Trump had been asked whether he voted for House nominee Laura Loomer, a far-right Republican candidate who has been banned from social media sites because of her racist and anti-Muslim speech.

She is facing incumbent congresswoman Lois Frankel, who has been a political fixture for decades in the Palm Beach County district, where the only Republican to ever run against her, in 2016, lost by 27 percentage points.

Democrat Joe Biden hasn’t voted yet and it likely to do so in person in Delaware on Election Day, Nov. 3. Delaware doesn’t offer early, in-person voting like Florida.

An aide to first lady Melania Trump says she plans to vote on Election Day.

Trump said at a Florida rally on Friday that he likes being able to vote in person. “I’m old fashioned, I guess,” he said.

The president has a busy Saturday, with rallies scheduled in North Carolina, Ohio and Wisconsin.