Trump to honor Bill Belichick with Presidential Medal of Freedom

The football coach of the New England Patriots and the only coach to win six Super Bowl titles could be awarded the medal by President Trump this week. 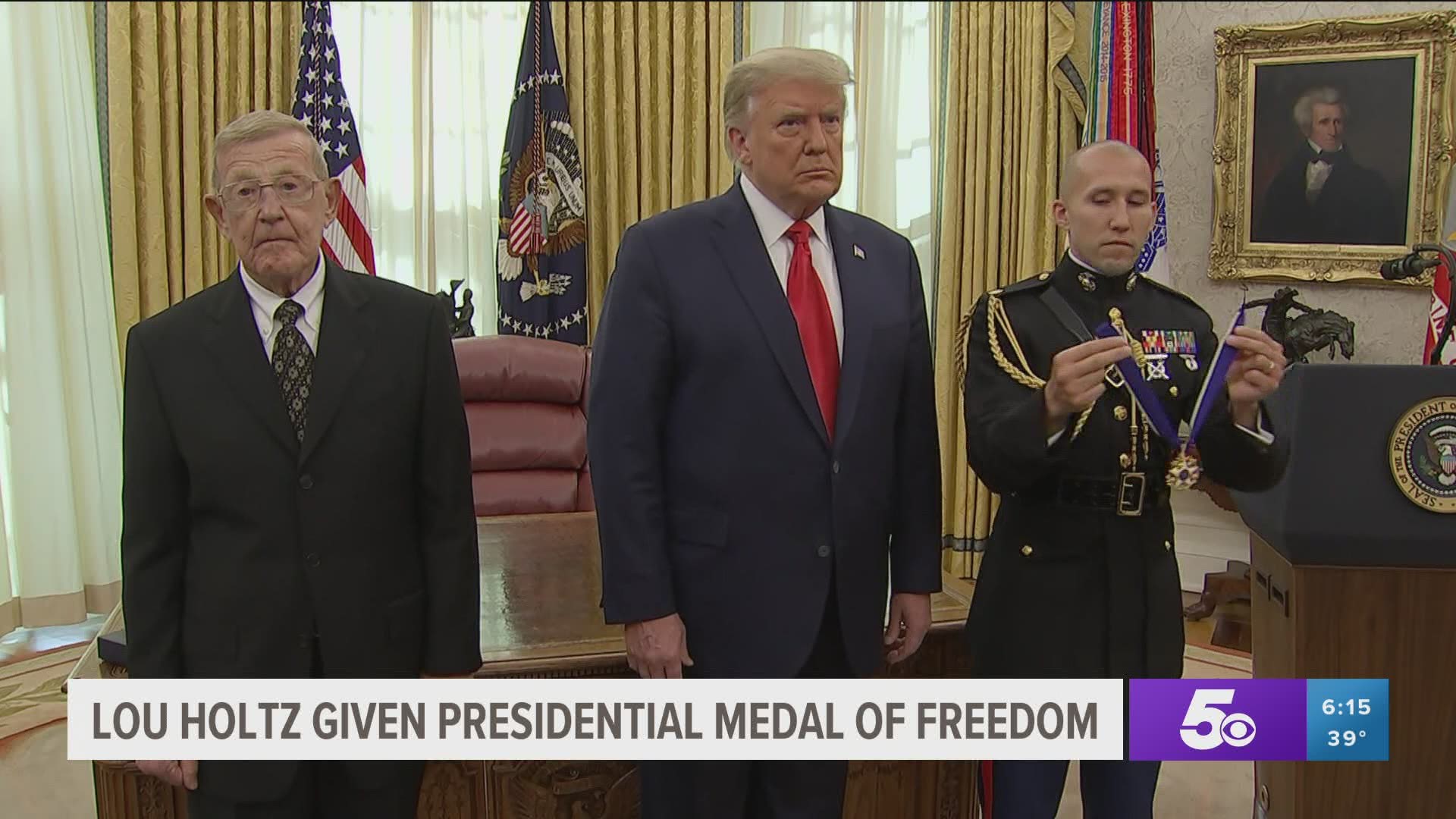 WASHINGTON — Editor's note: The related video above was published Dec. 3.

President Donald Trump will present one of the nation's highest civilian honors to Bill Belichick, the football coach of the New England Patriots and the only coach to win six Super Bowl titles.

The presentation of the Presidential Medal of Freedom is expected Thursday, a White House official confirmed on condition of anonymity because they were not authorized to discuss the matter publicly.

Trump and Belichick have known each other for several years with Trump before his campaign victory in 2016 reading a letter of praise from Belichick at a New Hampshire rally. Belichick said afterward he was not a political person and that he had “a friendship and loyalty to Donald."

Trump has selected a string of sports figures and political backers for the award of late. He has often held grand presentation ceremonies for the award, but recent ceremonies have taken place in private. Trump has generally avoided the press since his election loss.

Belichick is undoubtedly one of the most successful football coaches in NFL history and owns the most wins among active coaches. The Bill Belichick Foundation also provides scholarship and grant funds to help underprivileged youth participate in sports programs.

Politico first reported about the honor for Belichick.