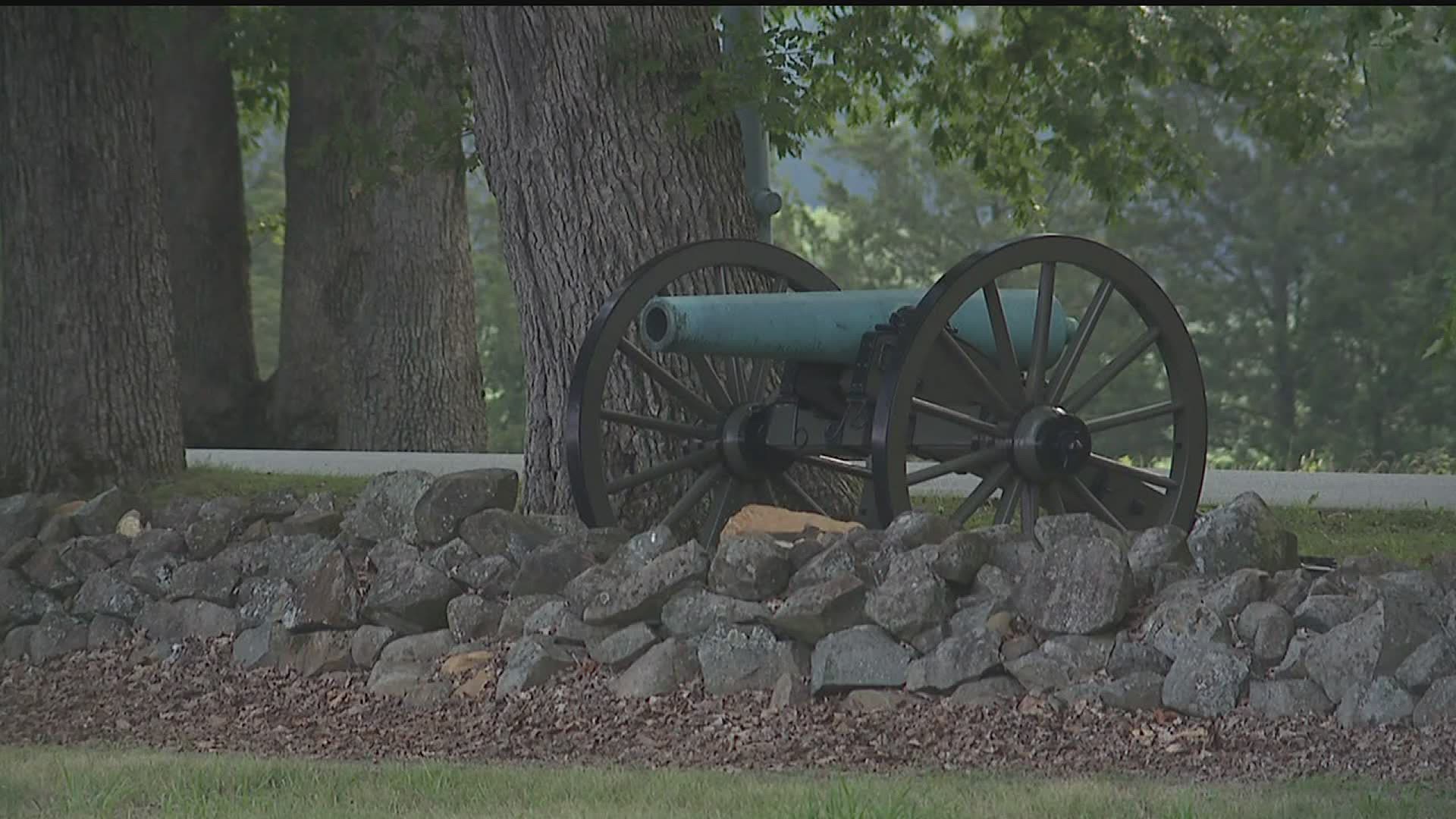 WASHINGTON — In his press conference at the White House Wednesday afternoon, President Donald Trump hit a wide range of topics, from COVID-19 to the economy, as well as attacking Joe Biden, Kamala Harris and Democrats.

Trump earlier Wednesday repeated his call to reopen the nation’s schools, and he again pressed Congress to steer future coronavirus funding away from schools that do not reopen this fall. He made the remarks at a White House discussion with parents, teachers and doctors who said they support a full return to the classroom.

Also joining Trump then were Education Secretary Betsy DeVos and Vice President Mike Pence, who said the health risks tied to keeping children at home are greater than those associated with the coronavirus.

Most of the nation’s largest school districts are planning to start the year with remote instruction as virus cases continue to rise.

As Congress negotiates a new round of virus relief, Trump has said school funding should go to parents if their local schools do not reopen for in-person instruction. He said Wednesday that he wants money to follow students, while Democrats want it to follow unions.

DeVos, a longtime proponent of school choice, added her support for Trump’s proposal. She says families need “options that are going to work for their child and their child’s education.”

Americans counting on emergency coronavirus aid from Washington may have to wait until fall.

Negotiations over a new virus relief package have all but ended, with the White House and congressional leaders far apart on the size, scope and approach for shoring up households, re-opening schools and launching a national strategy to contain the virus.

“The White House is not budging,” Pelosi and Schumer said in a joint statement.

With the House and Senate essentially closed, and lawmakers on call to return with 24-hours notice, hopes for a swift compromise have dwindled. Instead, the politics of blame have taken hold, as the parties head into August focused on the presidential nominating conventions and lawmakers' own reelection campaigns.

Trump said the Democrats are “holding the American people hostage.”

All indications are talks will not resume in full until Congress resumes in September, despite the mounting death toll, surpassing 161,000 in the U.S., and more than 5 million people infected.

For Americans, that means the end of a $600 weekly unemployment benefit that has expired, as has a federal ban on evictions. Schools hoping for cash from the federal government to help provide safety measures are left empty handed. States and cities staring down red ink with the shattered economy have few options.

Trump's executive actions appeared to provide a temporary reprieve, offering $300 in jobless benefits and some other aid. But it could take weeks for those programs to ramp up, and the help is far slimmer than what Congress was considering. More than 20 million Americans risk evictions, and more are out of work.

Mnuchin and White House chief of staff Mark Meadows briefed GOP senators privately on Wednesday. But congressional Republicans, who have left the negotiating largely to Democrats, seem satisfied there is enough money still available from previous aid packages, for now.

Because McConnell has such cool support from his ranks for any bill, Democrats are trying to push the White House to go bold. They want to maintain the $600 jobless benefit and provide nearly $1 trillion to the states and cities, nonstarters for the White House.

While there is some common ground over $100 billion for schools and new funds for virus testing, Democrats also want other emergency funds that Trump rejects, including to shore up the U.S. Postal Service and election security ahead of the November election.

“Democrats have compromised," Pelosi and Schumer said, noting that they dropped their initial $3 trillion-plus proposal by $1 trillion and expect Trump's team to raise its $1 trillion offer by a similar amount to $2 trillion. “However, it is clear that the Administration still does not grasp the magnitude of the problems that American families are facing.”

Their joint statement said Mnuchin made an “overture” to meet. The treasury secretary called the Democratic leaders on Wednesday, according to a person granted anonymity to discuss the private call.

The Democrats said they are waiting for the White House to put a new offer on the table. “We have again made clear to the Administration that we are willing to resume negotiations once they start to take this process seriously.”

But Mnuchin shot back with his own statement, saying, “The Democrats have no interest in negotiating.”

Mnuchin said Pelosi's statement was “not an accurate reflection of our conversation. She made clear that she was unwilling to meet to continue negotiations unless we agreed in advance to her proposal, costing at least $2 trillion.”

McConnell said the American people need help and “are not done fighting this virus.”